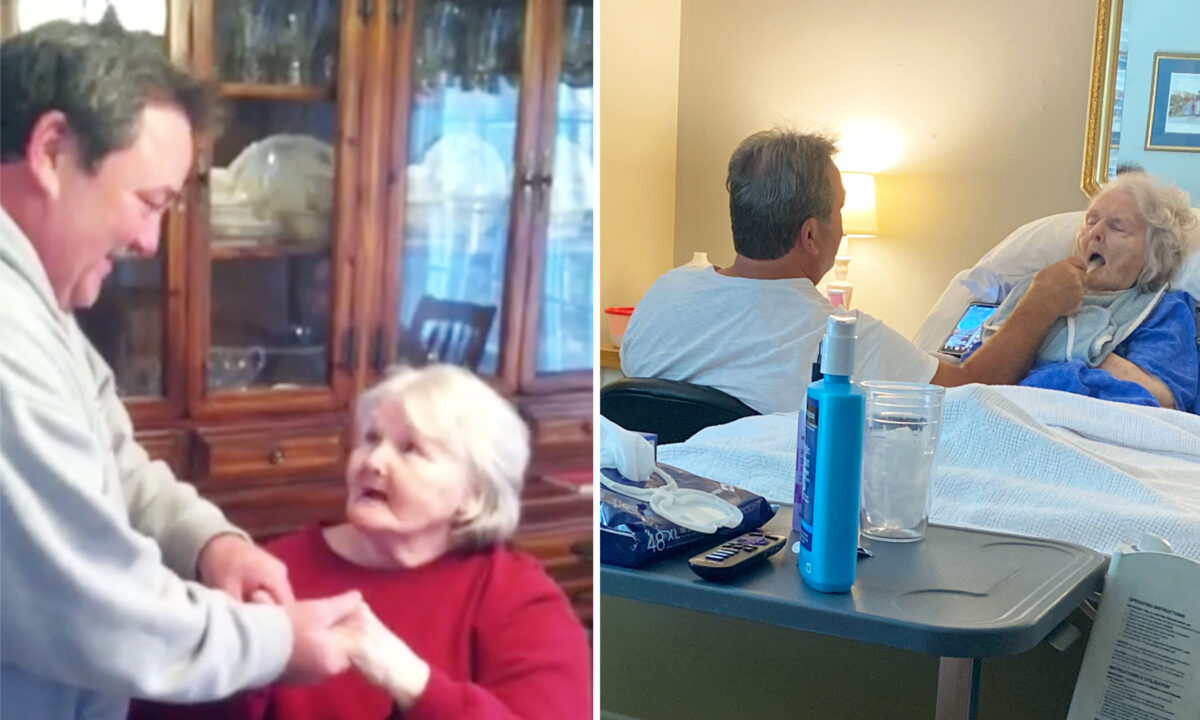 Man Goes the Extra Mile to Care for Mother-In-Law With Dementia, Moves His Wife’s Heart

Moved by her husband’s unbreakable bond with her mother, who has frontotemporal dementia, a North Carolina woman is sharing their touching story with the world, to raise the visibility of the sometimes misunderstood disease and prove that love can overcome any adversity.

“Mom’s coworkers started noticing changes in her behavior: a lack of empathy, unusual childlike actions, disconnection, and difficulty performing her duties,” Toran, 54, explained to The Epoch Times. “She was referred to the company physician and then several others, but was misdiagnosed at each one.”

However, her true diagnosis was determined by UNC Neurology in 2001: Pick’s disease, or FTD dementia, according to Toran.

“When someone ages naturally, one of the two frontal lobes of the brain will slowly diminish. With FTD, both frontal lobes chip away at a rapid pace. This affects the logic and speech processes of the patient,” Toran explained.

While relieved to finally have a diagnosis, Toran was subdued by the knowledge that there was no cure. All she and her husband, 64-year-old Jamye Hughes, could do, was help keep her safe. The couple took Pat into their Creedmoor, North Carolina home in January 2014.

“She was walking, talking, and full of life,” said Toran. “Jamye retired, and we sold our two small businesses to stay home with her.”

Explaining her mother’s situation during that time, Toran said she fed herself and went to the bathroom on her own. However, she behaved like a big baby that had to be watched every second.

“It was a very trying time, for her and for us. Our saving grace was that she was always happy; she never complained, nor was combative,” Toran added.

Today, Jamye cooks for Pat, feeding her 3–4 times a day. He changes her, talks to her, sings to her, administers her medications, cleans her room, and keeps her comfortable at all times.

“He loves her unconditionally as if she were his own mother,” said Toran. “He never complains or takes a day off; she is his first thought in the morning, and the last thing he does at night is making sure she’s resting comfortably … he says she will never leave our house to go to a nursing home; he will do whatever it takes to keep her with us.”

They share a “language of their own,” said Toran, and nobody lights up her mother’s eyes as Jamye does.

“I feel like the most blessed human on the planet when I see the two of them together,” she shared. “I have asked him, many times, why he does what he does. His only answer is, ‘Because I love you, and that’s what love does.'”

For Toran, the bond her husband shares with her mother is definitely a very rare find and is “unmeasurable,” as Pat trusts him without any hesitation to care for her.

“When I try to help feed her, she does not respond to me as she does to him,” Toran said. “She wants him to do it.”

Pick’s disease, Toran explained, typically magnifies the personality of the patient. Once a happy, outgoing woman, Pat became hyper and excitable when the disease took hold of her; dancing, pacing, and talking constantly. In the early years, this childlike behavior alienated her from her friends and extended family.

“She loved to travel, but her friends were embarrassed by her and stopped associating with her,” Toran explained. “She was always being corrected by family members who did not understand her disease; they would ask her not to do or say things, not understanding she was not in control of her actions.”

“She would drive to Burger King and ask the cashier to feed her ‘whatever you would want your grandmother to eat,'” said Toran. “The cashier gave her a veggie burger and a senior coffee. From that day forward, she bought nothing but frozen veggie burgers and heated them in the microwave.

“She lived alone then, so my brother and I were unaware.”

Later, Pat would eat anything left out with no discretion. Over the years, she has dipped a spoon into hot candle wax, and even mistaken strawberry soap for jam, spreading it on a sandwich.

She stayed briefly with her son, Doug, before moving into an apartment near Toran and Jamye’s business premises, where she had ladies to care for her and drive her everywhere. Meanwhile, the couple cooked all her meals and the neighbors took Pat to church.

Hymns, for which she could still read and recognize lyrics, brought comfort.

For about four years, Pat was moved to live with Doug’s friend who took care of her.

A breast cancer survivor, Pat had remained strong and vital in her body as her behavior deteriorated. She began shoplifting, a common symptom of Pick’s disease. With this, Toran and Jamye started using a wheelchair for Pat to keep her safe and by their side.

Today, Doug provides financial support while Toran and Jamye provide Pat’s physical needs at home. The couple’s daughters, both nurses, help whenever they can.

“We all think we have the best mom in the world, and we are all right!” she said. “[My mom] worked in the travel industry when we were kids … she was in charge of travel for the Tarheels sports teams. We often were able to travel to see the games and attend the tournaments.

“She took us on cruises every summer, had a pool put in our backyard so all the neighborhood kids had a place to go, helped the neighbor girls that babysat me with their school projects, and made dresses for them,” she recalled. “She cut hair for all the kids on Saturdays, and she gave us the most amazing birthday parties.”

When Pat was first diagnosed with dementia, her family was told she would stop walking and talking after four years and may not live beyond another 10 years. Pat hasn’t spoken or walked since 2016; she communicates with her family through facial expressions.

“Until very recently, she would smile or laugh with us; we lost that gift just within the last few months,” said Toran. “We have hospice care that comes in to check her vitals, and helps us with baths now, but before, we did it all ourselves.”

Pick’s disease, she said, is not as rare as it once was; early diagnoses, and patience, are vital.

“I have witnessed many frustrated caregivers in public screaming at their loved one over insignificant issues,” she explained, advising, “Remember to take a step back, breathe, and move forward with love and understanding. There are more resources available now than ever before.

“Our journey has been anything but easy, and still we laugh every day … there are unexpected blessings and gifts each day.” 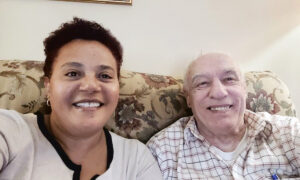 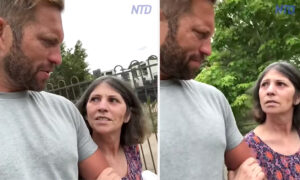 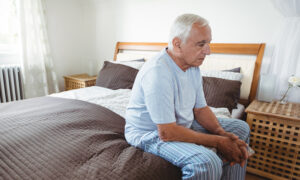 Mind & BodyBy Louise Bevan
7 Early Warning Signs That May Indicate Dementia–Do You Find Your Loved One Staring Off Into Space?
01-15-2022
sharecomments