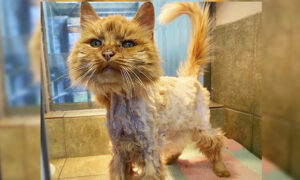 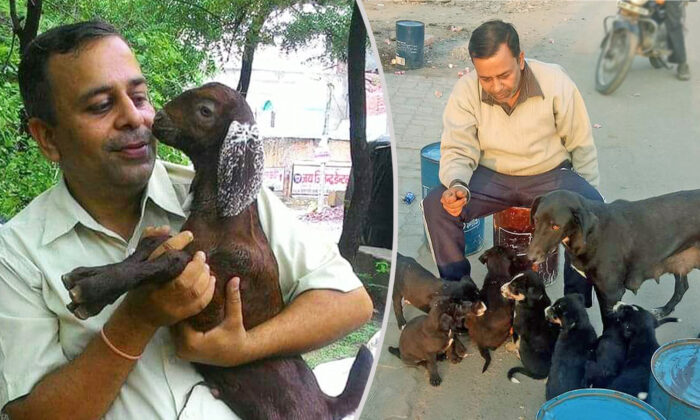 Man Dedicates His Life to Help Animals in Need, Has Rescued Over 900 of Them

A man of Jaipur in Rajasthan, northern India, has dedicated his life to support the helpless, homeless animals. His community, he says, calls him crazy, but he believes every life is valuable.

Having rescued over 900 animals to date, Kapil Bajpai urges others to please be aware of creatures in need.

Bajpai told The Epoch Times via email that formally his journey to help animals began in 1996. He found a pigeon that had been injured by a kite string and nursed the bird for three days until it passed away peacefully.

However, Bajpai recollects that his childhood laid a foundation for his passion. “I used to steal bread from the house and feed it to street dogs,” he said. “One day my mother saw me and I was beaten and scolded, but this passion did not diminish.”

In another incident from his childhood, Bajpai states that he once saw a dog that suffered from an injury in his legs nearby his school, and instead of ignoring him, he decided to feed the canine every day from his lunch box. This kind act continued for 15 days, after which the dog went missing. However, Bajpai’s passion only increased day by day after that.

Later, the heartfelt message of an Indian movie, “Teri Meherbaniyan,” further inspired Bajpai to pursue his calling: to help the animals that nobody cares for.

“Today I am 40, I have rescued more than 900 animals,” he continued, “cows, calves, dogs, and birds … several kinds of animals.” After rescuing them, he then sends the rehabilitated animals to the Forest Department, animal shelters, or cow shalas, where they can live out their lives in safety.

“Indian people are not too concerned for street animals,” Bajpai considered. “[A] huge number of stray animals exist on the roads; people are not aware at all.”

Although this kind animal lover has helped so many animals his passion didn’t come without hurdles he says. Many people, Bajpai admits, have turned against him. His wife, who was not an animal lover, sought divorce; his neighborhood friends call him crazy for “doing too much” for stray animals.

“I don’t listen to anyone,” Bajpai retorted, “and I want to serve these helpless creatures until I die.” To this end, the dedicated animal rescuer regularly posts about his mission on Facebook and has even started an NGO, Bejwaan, meaning “speechless,” recently.

The other challenge that Bajpai faces, he says, is that he doesn’t own a car so he has to hire a private vehicle most times to rescue animals. “Sometimes it becomes very hard to purchase medicines due to lack of money, as the medicines are very expensive. I feed stray animals daily because I can’t see them hungry and thirsty; due to all this I face financial problems,” he further added.

Bajpai, who works for a private company, also answers calls about animals in distress during work hours. He is “scolded by the boss,” he admits, but believes that “God will be happy” to witness his dedication to those that cannot help themselves.

“I know of no creature unworthy of my time,” Bajpai stressed.

Bajpai is hoping that community outreach will help locals come around to his benevolent mission. His “Pareda” campaign encourages locals to fill water bowls for thirsty birds during the summertime, calling it “our responsibility.” Additionally, Bajpai also runs Animal Awareness programs in schools.

He dreams of one day raising enough money in donations to open an animal shelter.