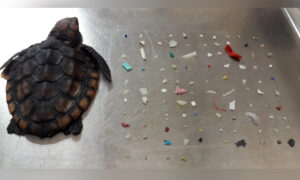 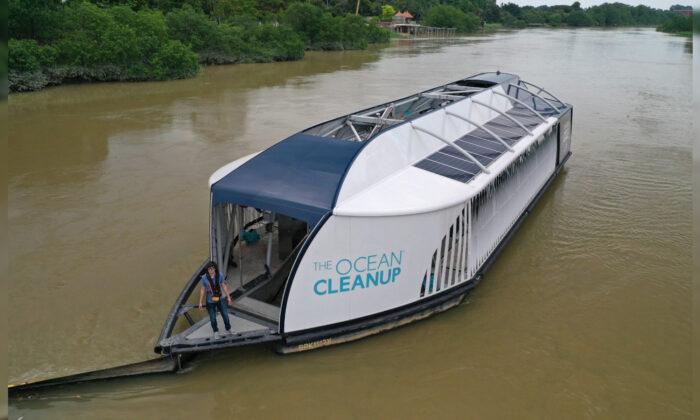 When he was just 18 years old, Boyan Slat, a Dutch inventor, founded The Ocean Cleanup, a non-profit with the purpose of developing advanced systems to rid the world’s oceans of plastic.

In recent times, the organization is aiming to successfully remove plastic from rivers before it reaches the ocean. By the end of 2025, it aims to clean up 1,000 of the globe’s most polluted rivers that happen to be responsible of 80 percent of the plastic that ends up in the oceans.

According to their website, The Ocean Cleanup was founded back in 2013 in the Netherlands. To help the environment and rid the world’s oceans of plastic debris, the non-profit’s most recent invention, the “Interceptor” is designed to collect the garbage from the source, which happens to be the rivers.

The Interceptor is a fully solar-powered device with onboard lithium-ion batteries, which enable it to operate 24 hours a day without any noise or exhaust fumes. It has been in the works since 2015 and was introduced to the public at a Netherlands event in October 2019.

So how does the Interceptor work? The novel system is designed like a catamaran that moves on the surface of rivers and collects the plastic on a conveyor belt before depositing it into the attached waste containers. When the dumpsters are full and need emptying, it sends out an automatic message to the operators on land, who then bring it to the shore to empty the dumpsters and send off the plastic debris to local waste management facilities.

Moreover, due to its unique design, the Interceptor only collects waste without harming existing wildlife.

With the majority of plastic waste coming from the rivers, the Interceptor could significantly reduce the plastic pollution, which poses a threat to oceanic life forms.

“About 1,000 rivers contribute 80 percent of terrestrial emissions,” Laurent Lebreton, the head scientist at The Ocean Cleanup explained, according to Wired. “So if we want to significantly reduce plastic emissions into the ocean, we want to tackle those rivers.”

Additionally, this ingenious system has the potential to remove over 110,000 pounds (approx. 49,895 kg) of plastic per day. Two prototypes have already been successfully deployed in the Cengkareng Drain, a river that runs through Jakarta, Indonesia, and Klang River in Malaysia.

Meanwhile, there are two other systems that have been built for Can Tho in the Mekong Delta, Vietnam, and Santo Domingo in Dominican Republic. On March 9, 2020, Dominican Republic welcomed Interceptor 004; however, due to the current crisis with the pandemic, there has been a delay in transferring it to its location in Rio Ozama, according to an update on Facebook.

The non-profit, which is currently working with local governments and communities around the world, is on a mission to deploy the Interceptors to over 1,000 of the most polluted rivers in the next five years.

Meanwhile, many have been concerned about what happens to the massive amounts of waste that are captured by the Interceptor from the rivers. The Ocean Cleanup states on its website that it is working with partners and governments to implement solutions according “to the current and future waste management capacities of each deployment location.”

The organization further added that “Preferably, these solutions will involve recycling as much as technically feasible and will follow international standards.”

The Interceptor is paving the way to Slat’s long-term goal, which is “to truly rid the oceans of plastic.”

“We need to both clean up the legacy and close the tap, preventing more plastic from reaching the oceans in the first place,” the 25-year-old CEO said. “Combining our ocean cleanup technology with the Interceptor, the solutions now exist to address both sides of the equation.”

Watch the video explaining how the Interceptor works:

(Video courtesy of The Ocean Cleanup)