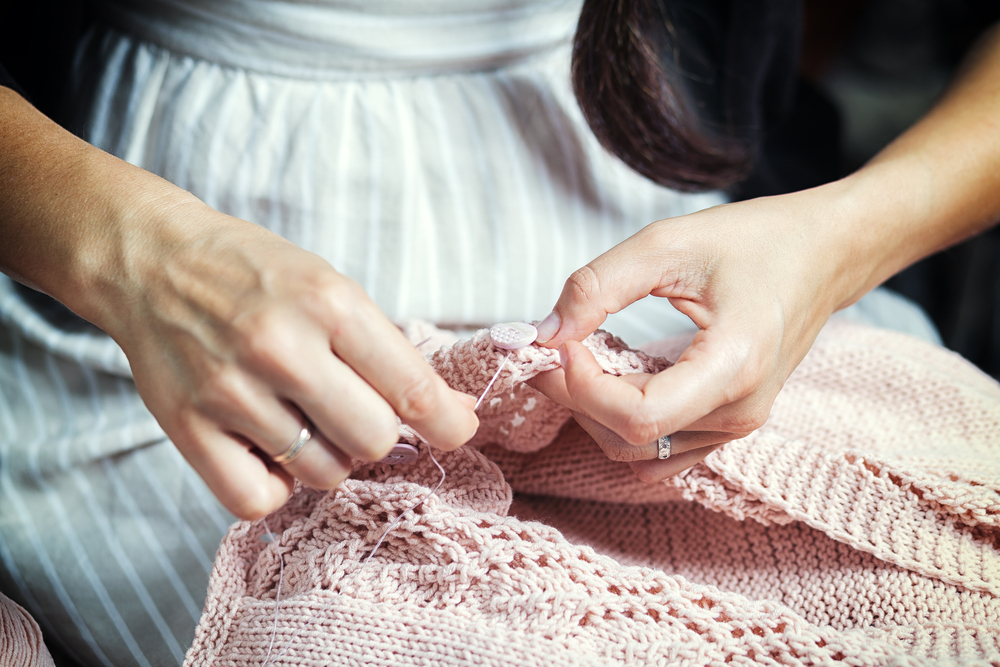 Next time you are preparing to dispose of a belonging that has served you well for years, think: Can I fix this? (Everyonephoto Studio/Shutterstock)
Home

Make Do and Mend: Harnessing the 20th-Century Mindset for Today

What is the modern obsession with possessing new things? New phones, new cars, new clothes, and accessories. New everything. Is it from laziness or a lack of interest in finding out how to fix something that is damaged or broken? Possibly so.

Maybe it’s just that products are easier to come by, as well as cheaper, and, therefore, replacing old for new is an awful lot easier. Either way, buying new all the time isn’t only expensive, but it also produces an extraordinary amount of waste. How many of these “old” items end in landfill sites or as pieces of plastic floating around our oceans? It’s a sobering thought.

Before buying something brand-new, I ask myself if I need it. Do I really need to have two identical white T-shirts? Probably not. Part of this is because I have always been careful with money (as the old British adage goes, “Look after the pennies, and the pounds will look after themselves!”), but also, I look at my old clothes and feel pained to throw them away; replacing them with the newer, younger models seems so wasteful. I realize I’m not probably painting the best image of myself here, but I assure you I don’t go out in public dressed in rags! Some of what I own may be a little worn, but at least this way, slightly fewer clothing items will end up in a dump somewhere.

Ingenuity in the Face of Adversity

I was raised in a very practical family. My father could put his hand to anything: woodwork, motor mechanics, electronics, and metalwork. He even took up making garments on a knitting machine in his later years, such was his fascination for its mechanics! Give my mother a ball of wool, and she can knit or crochet almost anything. All these activities meant that money and resources were saved.

My parents were wartime children, which shaped their attitudes toward having and not having. They had learned, at a very young age, what hardship was and, as adults, always lived frugally.

During the Second World War, resources were scarce. In the UK, food and clothing were heavily rationed. Importation had ground to a halt, and factories were put to work producing uniforms and munitions. It was not uncommon for garments to be made from parachute silk, for wedding veils (if available) to be repurposed as net curtains, or indeed, for curtains to be made into clothes.

To some, this conjures up jolly images of the von Trapp family singers and the angelic voice of Julie Andrews blasting out “Doe, a deer” in a beautiful Alpine landscape. However, the reality of the matter is that times were unbelievably tough back then. Nevertheless, people did their best to cope; they didn’t waste a thing. What could be fixed was fixed. What could be recycled was recycled. Few could afford to do anything else; few would want to. That was the ethos of the time.

Posters encouraging people on the homefront were printed and displayed as morale-boosters and reminders to protect limited resources. Characters such as “Mrs. Sew and Sew” (a highly creepy doll, but it was the message that counted!) were used to advertise the importance of creative sewing, such as making slippers for the family using scraps of leather, string, and even old stockings. This was reinventing at its best, and it ultimately saved precious resources at a time when they couldn’t be replaced.

In 1943, a government-backed pamphlet titled “Make Do and Mend” was published. This advised the reader on how to get creative, patching threadbare trousers and darning socks where toes had poked holes in them. Out of horrific circumstances, hunger, and lack of basic commodities, people used their ingenuity to survive.

I have learned from my parents’ wartime experiences and am proud that they have passed on to me such important principles.

When faced with something that is broken, or a need to make something useful that doesn’t yet exist, I mentally plan what I need to do to succeed in my fixing or making. Like a gymnast visualizing a complicated routine multiple times before executing it, I find myself thinking through each step I’m going to take, seeing them in my mind’s eye before getting the tools I need and setting to work.

Not only does the process feed my need for creativity, but, I’m not going to lie, when I complete a project—whether fixing a broken cabinet door or patching an item of threadbare clothing—and find it looks even better than it did before, I don’t feel half-pleased with myself!

My friends lovingly make fun of me for constantly fixing and making things, for being able to handle power tools, fix guttering, or use a sewing machine. I guess these skills may seem odd to some, but I wouldn’t want it any other way.

If we all had a bit of the “make do and mend” attitude about us, not only would we save resources and money, and greatly reduce the waste we produce, but we would also be giving a nod toward the past generations by emulating the thrift and resourcefulness that they showed.

So next time you are preparing to dispose of a belonging that has served you well for years, think: Can I fix this? Get creative, and you may well impress yourself!