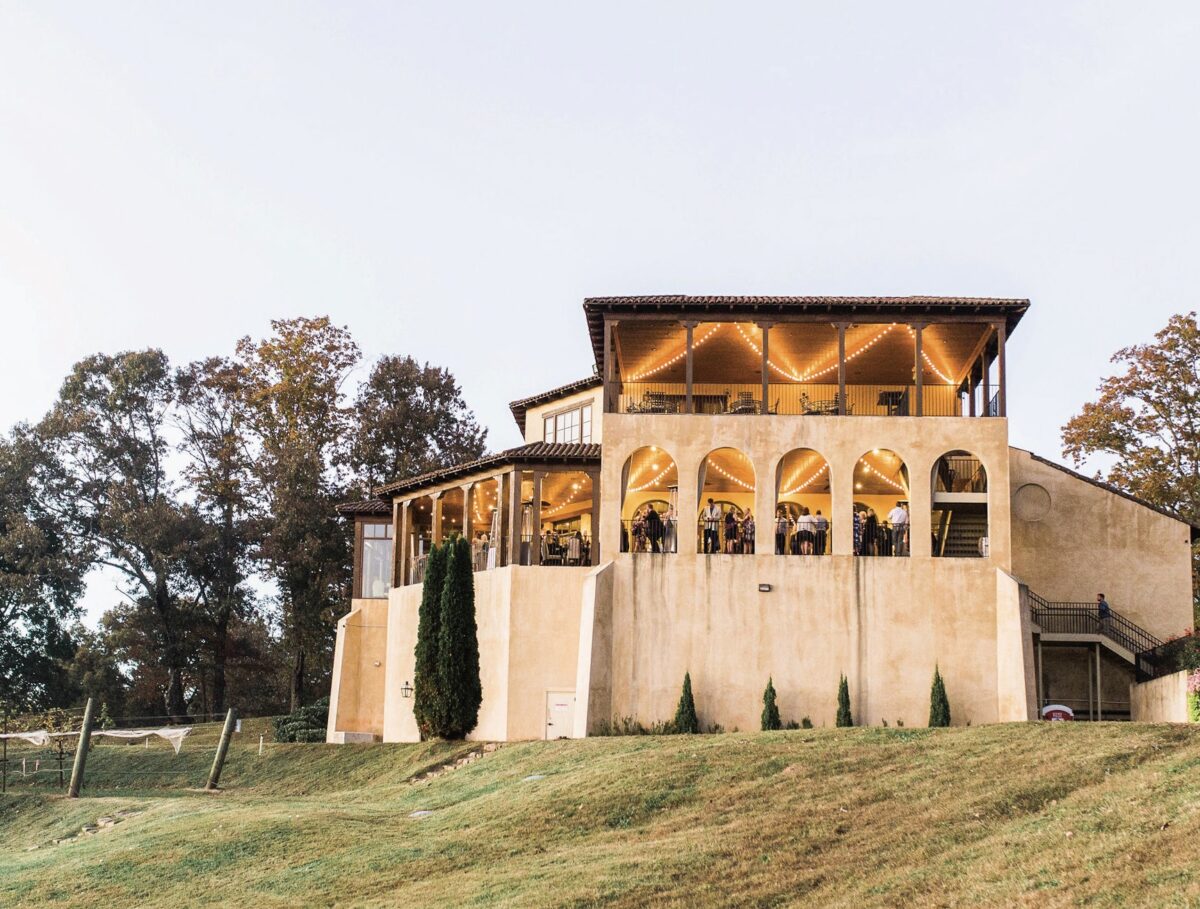 Make Dahlonega Your First Stop in Georgia, a Historic Town Full of Festivities You Won’t Want to Miss

The Gold Rush is long since over, but visitors to Dahlonega, Georgia, strike it rich with hiking, wine tastings, festivals, and more
BY Neil Cotiaux TIMESeptember 16, 2022 PRINT

Nearly two centuries after deer hunter Benjamin Parks tripped over a rock in the mountains of North Georgia and cast his eyes upon its glitter, setting off America’s first major gold rush, an increasing number of visitors are discovering other types of riches in the picturesque community of Dahlonega—just one hour north of Atlanta and near the terminus of the Appalachian Trail.

Many of these riches are natural: shafts of sunlight that pierce shimmering fall colors; cozy wooded dells; rich soil that nourishes a growing cluster of vineyards; 120 waterfalls. Others are man-made, including a downtown on the National Register of Historic Places brimming with period architecture, performance venues, art galleries, 16 restaurants, a well-stocked general store, and a gold museum. Architectural Digest called Dahlonega one of the 25 Best Small Towns in America.

Over the past three decades, Dahlonega has been a magnet for visitors clamoring to explore the outdoors, enjoy a wide variety of music, or sample wines at more than a half-dozen vineyards within 20 minutes of one another, said Sam McDuffie, director of tourism for the city. And with that growing interest has come an increasing number of festivals that beckon travelers throughout the year: the Bear on the Square Mountain Festival in April, inspired by a cub that climbed a sycamore tree in the town square; the Dahlonega Arts & Wine Festival in May, with wine tasting and jazz; Gold Rush Days in October, a family-oriented arts and crafts event that draws 200,000 people; and Old-Fashioned Christmas, spanning six weeks starting the day after Thanksgiving. “Tens of thousands of Christmas lights are around the square, … all white lights,” McDuffie said, with carriage rides and a parade. Hollywood has come calling, too, with two Christmas-themed movies shot around town.

Wine country begins just outside of Dahlonega. That’s where Matthew Garner, general manager of Montaluce Winery & Restaurant, can be seen most days leading visitors on a 1.8-mile hike that begins with a look at the winery and proceeds to a jaunt through the vineyard, into the woods and up the Etowah River as he briefs his guests on the area’s gold rush roots and how wine-making arrived in the Deep South. Afterward, there’s a tasting session, with fly-fishing along the Etowah always an option. For those wishing a longer stay, four Tuscan-style villas are available for rent.

“Our warmer climate allows for a longer growing season, and that longer growing season allows us to develop some complex flavors,” Garner said. In 2018, eight area wineries received the coveted American Viticultural Area designation linking the characteristics of their wines to the region’s geography, a major boon in putting the wines of the Peach State on the map.

But with all that the region has to offer, Dahlonega’s story still rests squarely on the lore of the Gold Rush. That narrative is told with fervor by Dathan Harbert, general manager of Consolidated Gold Mine, a restored mine that is open to visitors seven days a week.

After word spread of Benjamin Parks’s discovery of gold, some 15,000 prospectors descended upon the area’s hills in 1829, hitting the rivers and streams with their pans and accelerating state and federal efforts to remove indigenous Cherokees from the land on which gold hid. “It don’t take very long for the river beds to get worked down and become what we call dry,” Harbert said. Twenty years later, these same miners heard, “Oh, there’s easy gold in California,” he added. “Most of those guys came back to Dahlonega just as broke as they were when they left.”

Instead of panning, prospectors decided they could work the mountains using the process of hydraulic mining: shooting large streams of water onto the mountainsides to bring material down to sift. When they got down to bare rock, they noticed veins of quartz that contained gold and decided to tunnel into the mountainside. To get in on the action, in 1898, a group of Northern investors founded Consolidated Gold Mining, the largest crushed-rock extraction operation east of the Mississippi. “Unfortunately, they only lasted until 1906, and the mine ended up going bankrupt and selling,” Harbert said.

After a second, failed attempt to make good at the same site in the 1980s, the mine was converted into a tourist destination. Today, guides lead visitors through a tunnel carved out more than a century ago. Recently, working with an engineering firm, Consolidated Gold Mine developed a three-dimensional map of subterranean features that no one has ever seen. Two tunnel spurs were discovered and will be opened to the public in the months ahead.

Dahlonega, it seems, is a place that many more out-of-towners are discovering for reasons that go beyond getting rich quick.

A previous version of this article had a photo caption that misidentified the winery in a photo. American Essence regrets the error.