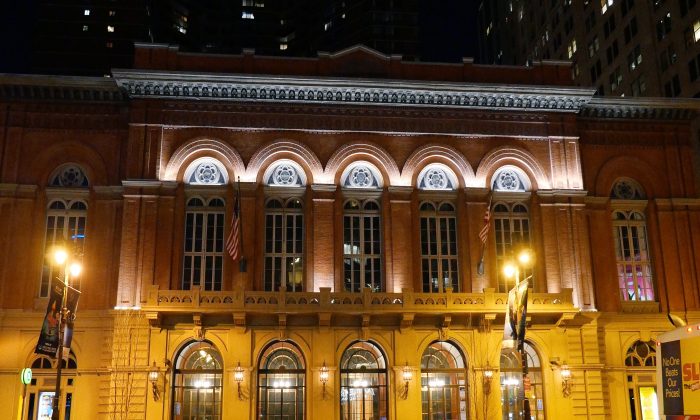 PHILADELPHIA—She had missed seeing Shen Yun perform in Toronto and was delighted to finally experience the traditional Chinese dance company at the Academy Of Music while she was visiting family in Philadelphia. Georgia Phair, a business management consultant who runs her own firm, wasn’t sure what she was expecting, but she was impressed.

“It’s colorful, energetic, and lively. I’m enjoying the dance tremendously. I’m particularly taken with the gracefulness of the gals, but also the physicality of the men,” said Ms. Pahir, during the intermission of the Jan. 8 performance.

Classical Chinese dance is one of the most comprehensive dance systems in the world, encompassing hundreds of movements and postures, leaps, jumps and tumbling techniques. Shen Yun places special emphasis on the bearing of the dancers and the dance, to show the particular inner spirit of each of the dynasty’s stories it depicts.

“Different Chinese moves are very specific to Chinese culture, with the feet, hands, body postures as well. But really I was taken with the color—the oranges, turquoises, greens, pinks and everything else. So it’s a very beautiful pageantry,” said Ms. Phair.

Shen Yun Performing Arts has been touring the world with its mission of reviving 5,000 years of China’s divinely inspired culture, which was on the brink of extinction. The dances depict legendary stories with lavish scenery and costumes, from ancient times up to present day China.

Ms. Phair was surprised to learn that Shen Yun is currently not able to perform in mainland China. A couple of pieces depict how the Chinese Communist Party is suppressing people who practice Falun Dafa (a.k.a. Falun Gong), a meditation discipline rooted in ancient Chinese spiritual beliefs with teachings in truth, compassion, and tolerance.

Ms. Phair has traveled several times to China, so she was curious to see Shen Yun.

“There is a lot of repression in China with the arts and thoughts and culture, and it’s exciting that this is being shown outside of China. I have a daughter who just left China after 19 years, but you don’t hear about any of this when you’re living in a closed community there. So we would get very different news than they get in Shanghai,” Ms. Phair said.

Many Chinese from the mainland travel abroad specifically to have the chance to see Shen Yun.

Luckily for Ms. Phair she did not have to travel so far to see the authentic traditional Chinese culture presented by Shen Yun. “I”m happy to see it here. I’m interested in all things Chinese,” she said.