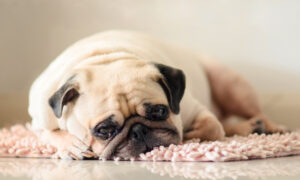 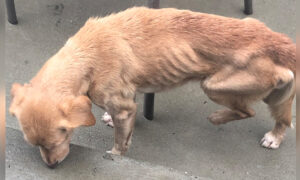 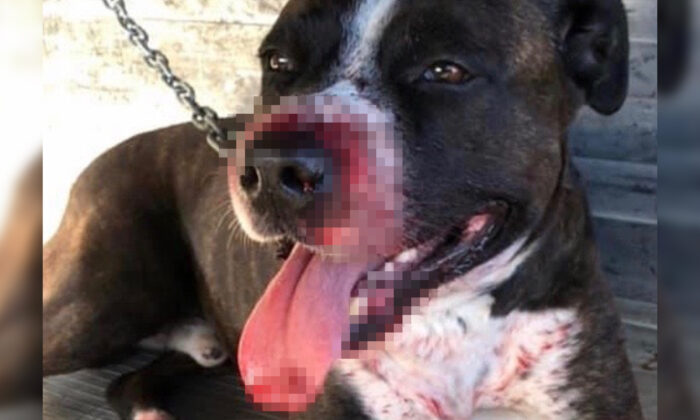 A family’s pet dog showed remarkable loyalty and bravery by protecting the house from an intruder while suffering horrific injuries of his own.

On June 19, “Baz,” a dark-brown Staffordshire bull terrier, was left alone at the family’s home in Wynnum, Brisbane, when someone attempted to break into the house through the window, according to a Facebook post by the owner, Sarah Greenway.

The incident, which took place between 7:30 a.m. and 11:30 a.m., left the poor dog with major snout injuries after he sprang into action to fight off the intruder and to stop a potential theft. Police suspect that the intruder might have hit Baz on the face with a crowbar that they might have made use of to get into the windows of the property.

However, the force by which Baz was hit left his gum detached from his jaw and teeth damaged and broken, according to a GoFundMe page that was set up by a family friend to help them cover the costs of the surgery.

When Greenway returned home that day after the incident, she was shocked to find blood everywhere and her loyal canine nowhere in sight. However, she was aware that Baz was just doing his best to protect the house.

“He’s not a vicious dog. He’s very placid usually. (But) he can sense bad people,” she told 7NEWS.com.au. “Nothing was stolen. He stopped them at the window.”

Alluding to the loyal pet, Greenway mentioned that “He’s really good with our family. We’ve got two small kids and he’s really protective.”

Baz, who had wandered away from the house and become disoriented, was found by a neighbor, who initially thought the pooch was hit by a car upon seeing his injuries. He was then immediately taken to a veterinarian to be treated. The police visited Greenway’s house that night to take blood samples and requested residents of the Sheppard Street area if they had any information or CCTV footage to come forward.

As for Baz, the Staffy received several stitches for his injuries that day; however, he had to undergo three rounds of surgery to repair the damage that had been done to his mouth.

After the first surgery, which cost the young family a whopping $2,648, Greenway said, according to an update on the GoFundMe page, she was heartbroken to see her dog go through such immense suffering as he struggled to eat.

“I cannot believe someone did this to him and he has to live with it forever. I just hope the police catch them,” Greenway wrote. “He shouldn’t of had [sic] to go through this in the first place.”

Greenway further added that Baz had become so traumatized by the whole incident that he was sad and appeared to be on the edge whenever he heard any noise.

Since the horrific incident, which left Baz’s top gum torn from his jaw, he is now doing a lot better. “He is doing well now. He had 3 surgeries in total to repair his jaw and teeth. The total cost was roughly $6000,” Greenway told The Epoch Times via a Facebook message. Additionally, his cone has been taken off, but he is still following a restricted diet and can only eat soft food.

Although he is still a little anxious from the incident she said, “he’s doing well & recovering back to his normal self.”