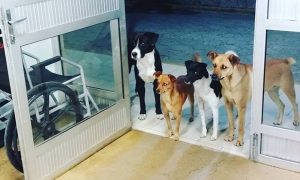 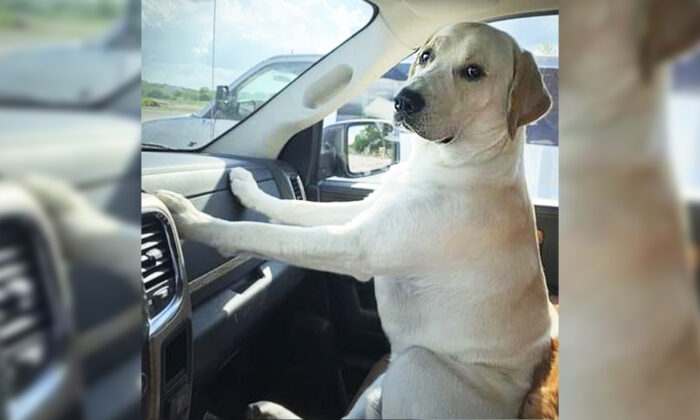 (Courtesy of The Retrievers)
Life & Tradition

After surviving three days lost and alone in the woods of central Minnesota late last month, a loyal family dog was finally brought back home, all with the help of some unwashed clothes.

The tale began with a tragedy, when Otis, a yellow Labrador, was hunting with his human dad, in Brownton, Minnesota. Sadly, his owner died after suffering a heart attack, but Otis, as a truly loyal companion, stayed by his side, reported WDIO.

When people, including paramedics, came to look for the missing pair, Otis got scared and ran off. After this, there was no luck in finding him.

The family needed assistance and so called The Retrievers, a nonprofit organization based in Minnesota that helps owners find their lost dogs. They recommended the family quickly get some pieces of unwashed clothes and place them in the woods.

Amy Addy, a volunteer with The Retrievers, said, “It’s basically a candy trail for the dogs to follow back.”

The trick certainly worked with Otis. While The Retrievers’ case manager Tara was looking for a spot to place a large humane trap to catch him, she spotted Otis sitting by his dad’s shirt, which was hanging from a tree.

A Facebook post from Missing Pets In The Northland rescue, where Addy volunteers, states that Tara began to softly play his dad’s voice from her cell phone while waiting for a family member and neighbor dog to join her. When they arrived, they took her advice and sat quietly while avoiding eye contact. Otis first approached his canine friend, then his humans.

“Everybody was doing everything they should have done,” Addy said. “They were laying on the ground, they weren’t making any eye contact.”

With the help of the unwashed clothes, a little food, another friendly dog, and the cell phone, they were able to catch Otis and reunite him with his family. Addy said it’s a great example of how this tactic works.

“When there’s a trauma like this, whether it’s a car accident or a house fire, obviously something like this happening, dogs will typically stay in that radius,” she said.

“They just kind of keep looping around the radius because it’s the last place they ever saw their human.

“We tell people, get back there, put clothes and food, and sure enough, the dogs come back.”

When the weather is wintrier, they recommend refreshing the scent more often, to keep it fresh, because of the wetter and colder conditions.

Yelling for the dog might not be the best idea either, as they may go into survival mode and just hear noise, not their name or their owner.

“They basically forget who the helpers are, and all they think is they’re going to get eaten. They’re afraid of everything,” Addy noted.

To keep pets safe, the group recommends ensuring that they wear a collar with an identification tag and phone number on it, having the animal microchipped and registered, and using a leash wherever possible.