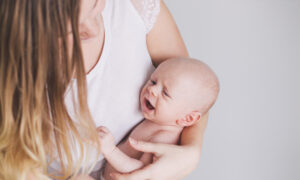 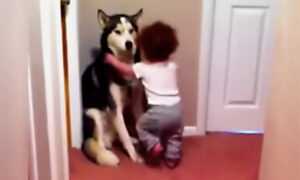 Frightened Toddler Runs to Pet Husky for Protection From Vacuum Cleaner, and the Video Is Adorable
0 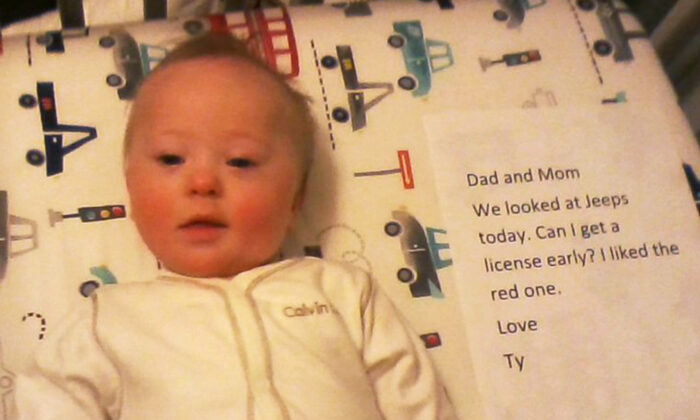 Parents usually request nannies or daycare helpers to keep them updated on how their young children are doing in their care. However, a Kentucky couple found a perfect babysitter for their little son—his grandpa. The “low-tech” ex-cop kept the parents posted with hilarious memes.

When Stephanie Waterhouse and her husband planned their first trip eight months after their son, Ty, was born, she knew her dad, David, would make the best babysitter for his grandson.

However, unbeknownst to the young couple, PawPaw, as David is affectionately addressed, had a surprise up his sleeves when he flew from Dallas, Texas, to Fort Knox, where the military family was stationed.

Shortly after the couple was out vacationing, they started receiving hilarious photo updates from PawPaw. In each “Meme by Pawpaw,” little Ty was lying next to a message printed on a piece of paper.

Adorable Ty was having a great time with his beloved PawPaw, and his grandpa didn’t miss a chance to update his parents holidaying out of town about their adventures back home. Needless to say, the parents loved these updates.

“Dad and Mom, We partied with veggies and binged watched Sesame Street,” one of the messages read. “No worries. Love, Ty.”

“Dad and Mom, We looked at Jeeps today. Can I get a license early? I liked the red one. Love, Ty,” read another message, which was accompanied by a photo of Ty and a red Jeep.

Speaking to GMA, Stephanie said that while PawPaw had created a series of hilarious memes, neither does he know what “memes” are nor does he have any social media account. “My dad is low tech,” Stephanie said. “He refuses to get a smart phone and is very proud of his flip phone without internet.”

However, PawPaw knew he would run into difficulties if he were to use the couple’s computers at their home, so he prepared his messages in advance before flying to babysit his grandson.

“Memes by Pawpaw surprised us in that my dad had thought this out before he even flew up to Kentucky,” Stephanie said. “He printed the notes at home because he knew he wouldn’t be able to figure out how to print them at our house. But once he started sending them, it doesn’t surprise us because he’s very funny like that.”

Though Stephanie said his dad was not that tech savvy, she said that her father had made some impressive achievements in the past when he was working as a police officer in Dallas.

“He was actually the person who created the database that tracked homicide information for the Dallas Police Department,” Stephanie said.

“The FBI took his idea and modeled one of their national databases after the one he created,” she said.

With a dad like David, who “absolutely loves being a grandfather,” it is no surprise that Stephanie and her husband could have peace of mind on their first vacation, and the boys back home had their share of fun time, together.

The memories of all this bonding time, for sure, will last for a lifetime!