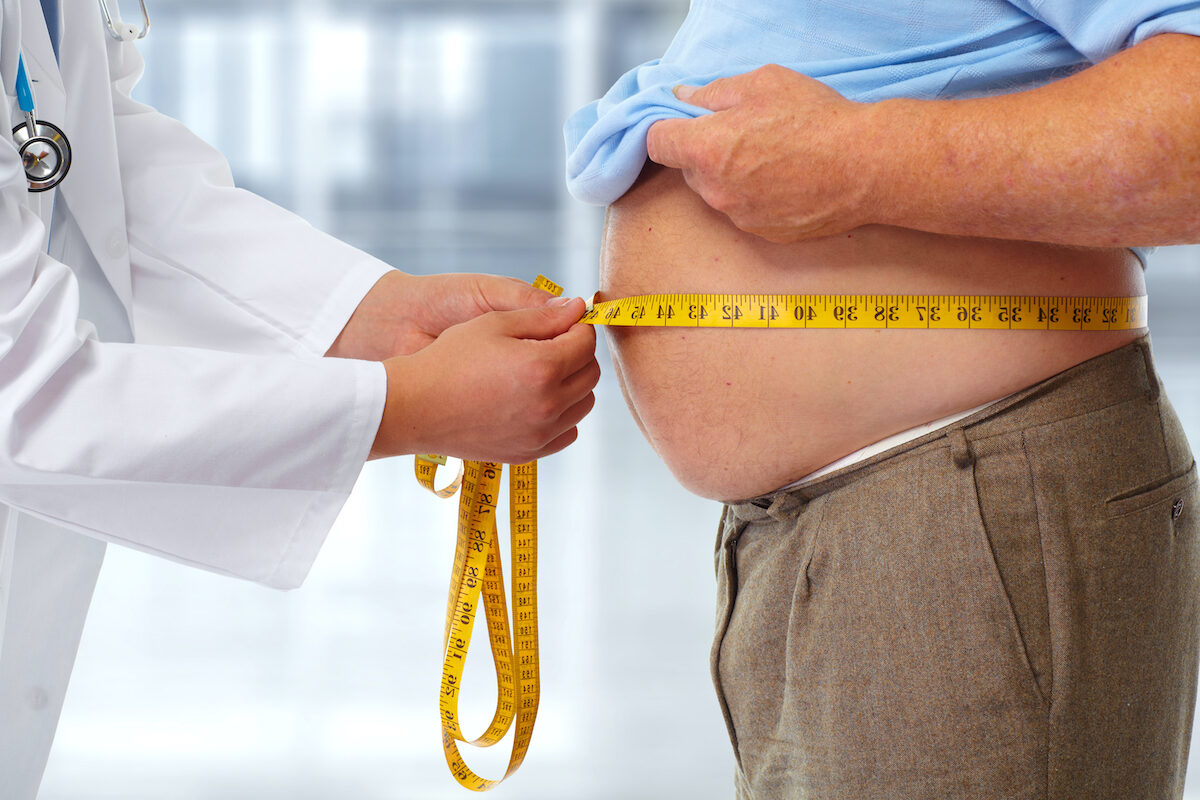 Obesity is an “epidemic” of modern times. Due to diet and lifestyle habits, many people have problems with their weight and it’s threatening both people’s health and life expectancy. Now new research has found there’s an association between changes in weight and waist circumference and the risk of death.

The research was based on data from 58,132 Chinese middle-aged and older adults and its results were published in JAMA Network Open under the Journal of the American Medical Association on Aug. 8.

According to the data analysis, adults who lose more than 2.5 kg accompanied by an increase in waist circumference of more than 3 cm had a 69 percent increased risk of mortality. The findings consider factors such as gender, age, smoking and drinking habits, dietary patterns, physical activity, and history of diabetes and hypertension,

Researchers also found that high-risk groups are among people with a “beer belly,” also known as abdominal obesity. It is typically seen in middle-aged or above who are losing weight but are gaining in waist circumference year after year.

This research was led by Professors Pan An and Wu Tangchun from Tongji Medical College, Huazhong University of Science and Technology.

Obesity may not seem to bring immediate harm, but it is the cause of various diseases affecting the body’s immunity. The World Health Organization (WHO) has defined obesity as a chronic disease that may even replace smoking as the main risk of cancer. A WHO statistics released on May 3, said that more than 1.3 million people worldwide die from being overweight and obesity every year, and these figures are underestimated.

Dr. Jie Zheng, a medical doctor at the University of Tokyo, told The Epoch Times that in addition to cardiovascular diseases, chronic diseases, cancers, etc. are all pertaining to obesity.

Dr. Zheng said that obesity refers to the excess or abnormal distribution of fat in the body. It cannot be diagnosed by subjective or visual determination. First, body fat (BF) percentage is the percentage of fat content to total body weight, which is the standard for diagnosing obesity. Someone is obese if the BF percentage is higher than or equal to 25 percent for men, and higher than or equal to 30 percent for women.

Dr. Zheng said that family genetic factors partly account for obesity, along with irregular habits of life and diet habits. Therefore, persistence and a progressive routine are required for weight loss.

The doctor recommends a low-fat, low-cholesterol, low-sugar diet, with staple foods based on coarse grains. Instead of sugar beverages, drink more green tea or water. If the water tastes bland, you can add lemon juice, honey, or other fruit or vegetable juices to the water.

People who are overweight should go to formal medical institutions and carry out reasonable weight loss under a doctor’s guidance. Arbitrarily taking drugs would cause adverse consequences, Dr. Zheng said.