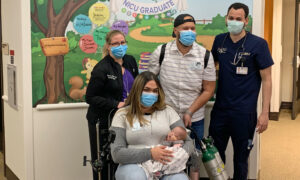 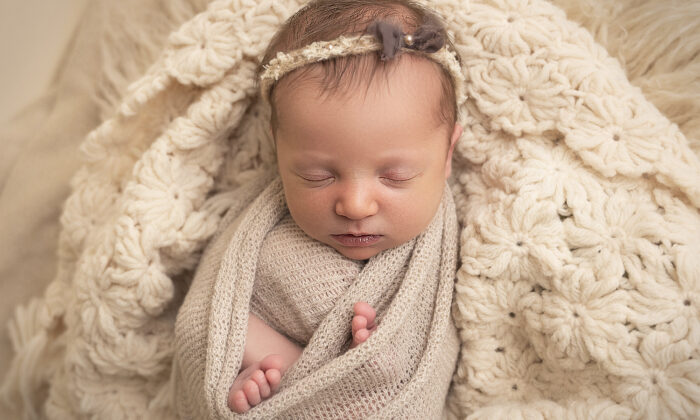 An East Tennessee baby’s birth set a new record for the longest-ever frozen embryo to come to full term.

Molly Everette Gibson was born to Tina and Ben Gibson. Until the couple visited the National Embryo Donation Center (NEDC), Molly had been frozen for 27 years as a preserved embryo.

On Oct. 26, the couple had a safe delivery. Molly was born healthy, weighing in at 6 pounds, 13 ounces (approx. 3 kg) and measuring 19 inches long.

According to the University of Tennessee Preston Medical Library, Molly’s birth is a record; no other embryo that was frozen so long has ever made it to birth.

Even more amazing is the fact that Molly beat her biological sister’s record.

This wasn’t Ben and Tina’s first visit to NEDC. In 2017, they gave birth to Emma Wren Gibson, Molly’s biological sister. At the time, Emma had been frozen as an embryo for 24 years.

NEDC president and medical director Dr. Jeffrey Keenan, who transferred Molly’s embryo to Tina’s uterus, said the sisters’ births are evidence that all embryos have a chance of being born.

“I think this is proof positive that no embryo should ever be discarded, certainly not because it is ‘old!’” Dr. Keenan told Life News.

“This is also a testament to the excellent embryology work of Carol Sommerfelt,” he said of the embryologist who thawed Molly’s frozen embryo.

Adds Dr. Keenan: “She is perhaps the preeminent embryologist in the country when it comes to thawing frozen embryos. And of course it’s a testament to how good God is, and to His infinite goodness and love.”

Sommerfelt said she was ecstatic to perform what NEDC refers to as a “sibling transfer.” She remembered the couple from their first visit and was excited that they’d come back for Emma’s biological sibling.

She explained, “I was thrilled that the remaining two embryos from the donor that resulted in Emma Wren’s birth survived the thaw and developed into two very good quality embryos for their transfer.

“It was even more thrilling to learn 11 days later that Tina was pregnant.

“I rejoiced with Tina and Ben as we all anxiously waited for the arrival of their second child.”

According to Sommerfelt, the sisters are also a testament to modern technology.

“When Molly Everette was born on October 26, she was already 28 years old from the standpoint of the time the embryos had been frozen. This definitely reflects on the technology used all those years ago and its ability to preserve the embryos for future use under an indefinite time frame.

“It also shows the reason the NEDC mission is so important, giving all donated embryos the best chance for life.”

NEDC is a faith-based organization that focuses on embryo adoption and donation. They have successfully facilitated over 1,000 births through embryo adoption throughout all 50 states, with a mission “to protect the lives and dignity of human embryos.”