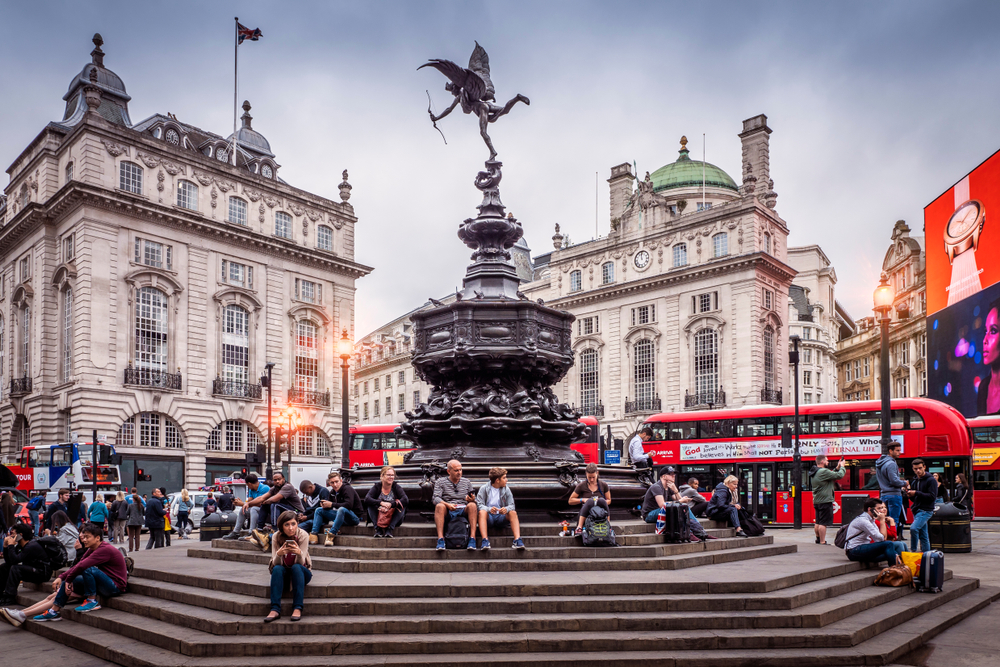 London and the Comfort of Travel

“Believe me,” the London cabbie said, “we’re even happier to see you than you are to see us.”

Riding back to our hotel from an afternoon matinee in the West End, careering down narrow streets toward Blackfriars—oh, those old English names!—the driver and his American passengers had a brief conversational lovefest. Delighted to be back in London. Delighted to have you back. Old friends week, right?

Exactly. My recent trip to London reminded me how precious the familiarities of travel are, every bit as meaningful as the novelties of exotic discovery. As often as I head off somewhere new, I schedule a trip in the lap of familiarity.

Later that evening in London, at a window-side table in my favorite restaurant, with St. Paul’s lit amber by the evening sun across the Thames, sensational food on our plates, and a dandy jazz duo playing in the corner, I was reminded of Peter Allen’s song from “All That Jazz,” “Everything Old Is New Again.”

My companion’s eyes were glistening with wonder. … Her first time in the U.K.; I hadn’t been here in three years. The restaurant was buzzing happily, with diners, servers, and cooks alike. The food was close to divine, imaginatively conceived, and perfectly prepared. If experiences were diamonds (and they are), this evening at Oxo Tower Brasserie would be a 10-carat brilliant. For Diana, glistening newness; for me, a marvelous rerun.

On my first overseas trip in more than two years, in April, old things were indeed new again—new, that is, like anniversaries, holidays, and birthdays.

I’ve been around the world, 60 countries, four continents, but Europe has always called me most. London is arguably the economic and cultural capital of the world, the world’s greatest urban destination. We spent five days here along the Thames, each day an odyssey among London gems.

At the British Museum, vast new gallery space depicts modern indigenous culture around the world. At the Natural History Museum, a gorilla portrait was our favorite contest-winning wildlife photograph from around the world.

In Hyde Park, we had tea and biscuits in the sun near the Diana memorial, chatting with a couple whose bulldog Oscar is friends with all the world. At Royal Albert Hall, the world’s premier concert venue, we heard a Mass for peace by Welsh composer Karl Jenkins, performed by a thousand-voice choir.

The Tube took us everywhere, seamlessly. Helpful staffers still answer questions, solve problems, and ease transit for everyone. And that famous melodious upper-class British voice urged us hundreds of times to “Mind the gap,” the world’s best sound bite.

Last, but definitely most, in a small warehouse theater we saw a jaw-dropping production of “Henry V,” starring Kit Harington. Yes, Jon Snow from “Game of Thrones.” The whole three-month run was long sold out, but our amazing friends at the front desk at the equally amazing Bankside Hotel found us second-row seats. The play was like no other Shakespeare production I’ve ever seen, and will linger in my mind for the rest of my life.

Is London theater the best? Yes, but that’s not what I am celebrating. It’s that London theater is still there, and still best. My favorite hotel is still perfectly located, and staffed by very capable angels. After 15 months shut, my favorite restaurant is not just as good as ever, it’s better. The British Museum is actually evolving, a bit, and the Tube remains the best urban transit system.

You don’t miss your water ‘til your well runs dry, says one grizzled axiom of human folklore. Two years of enforced stasis certainly reinforced that thought. I live on a beautiful small farm on a remote small island north of Seattle, and I love it. Even so, in 2020, I did not leave the island at all for more than seven months, and felt like a dead stick in dry mud.

But there’s more to the visceral, cell-soothing delight I experienced in London in early April. I am not trying to convince you London is the best. I am praising the comforting meaning of it all. Perhaps you treasure Omaha, Nebraska, or Sarasota, Florida, or Montana, as much as I do Hyde Park, the Tube, and the West End. Wherever your favorites lie, go there. Touch it, taste it, hear it, love it. We live in a beautiful world with a million amazing places to go and people to meet.

It’s not just bright lights and big city. Later this summer, I’ll drive 12 hours to a remote Western park, ease into a hot spring hidden in a mountain meadow, and watch the evening star rise above the sage while nighthawks dive through the dusk. I’ve been there almost every year for a quarter-century. It’s an irony of modern life that I can get to London in almost the same amount of time as to that sagebrush mountain meadow.

I still want to see new suns and lands and walk new streets filled with faces new to me. But I equally treasure the known and well-loved, and the long life that has brought me these opportunities to find what I love and enjoy it, in person, over and over.

It’s a troubled world, true; but one where dreams can come true again, and everything old is new again.