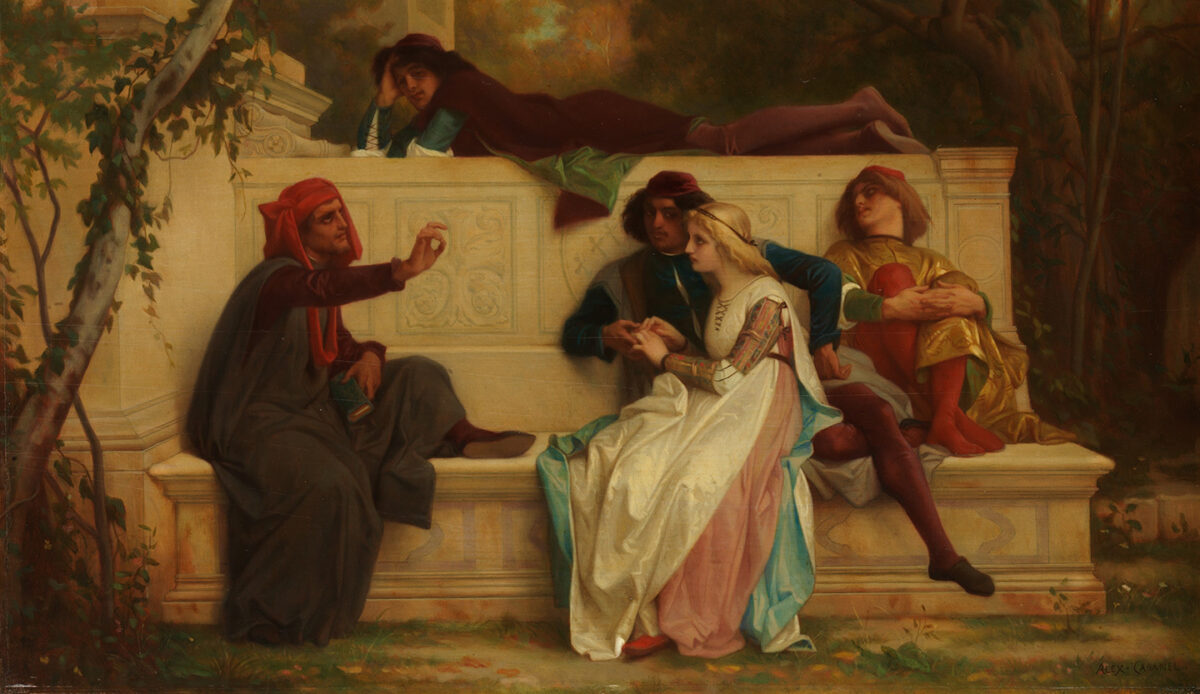 Literary Standards: Are They Real?

There’s long been a debate on whether art should be valued simply because I (or you) like it via a totally subjective stance.

Recently, I was privileged to be invited to be one of the two final judges of the 100 Days of Dante poetry competition run by the Calvin Center for Faith & Writing with the Society of Classical Poets. My co-judge was poet and professor at Fordham University, Angela Alaimo O’Donnell whom, at the point of being paired with her, I knew nothing about.

Because she was a co-judge, I decided to buy a couple of her collections (specifically, her “Still Pilgrim” and, more recently, “Love in the Time of Coronavirus”) to check her out. To be frank, I was more than impressed. I thought: Here is a major American poet writing in the great tradition. Why hadn’t I heard of her before?

Leaving that aside, I felt reassured that in judging the poetry, I was at least going to be working with somebody who knew what they were doing. And lo! Such proved to be the case, and even more so than I could have imagined.

One view: All art appreciation—and let’s just consider the art form of poetry here—is entirely subjective, and there are no actual standards of performance. Whether any poem is actually any good or not is entirely a matter of personal opinion. If it’s good for me, if I like it, that’s enough. End of debate.

Indeed, it’s not only the end of the debate, but how dare you suggest that my opinion of a poem is in any degree less valid than yours? I’m uncomfortable with your elitist reaction to my opinion!

As we come to the word “elitist,” of course, we realize that we are not far from invoking the magic word “equality.” I am equal to you, my opinion is equal to yours, and—the final non sequitur—all poems are equal in merit.

Professor Mark William Roche summed it up neatly in his book “Why Literature Matters” like this: “Art is whatever a certain group deems it to be. To suggest otherwise is to risk being viewed as a censor of others’ perspectives, instead of a critic seeking the best truth claims.”

How could we know that they were informed? Because they advanced coherent and perceptive arguments, insights, and ideas based on closer readings of the texts, we could weigh these arguments one against another and see which were the weightiest.

From this process, over time, of course, a canon would emerge: These are the important works, these are the less important works, and these don’t matter at all, so we can abandon them without any real sense of loss. But this kind of ranking took place in the good ol’ days, days on which the sun has long gone down.

An Informed Understanding of Poetry

But sometimes, as the poet Gerard Manley Hopkins observed, “though the last lights off the black West went/ Oh, morning, at the brown brink eastward, springs—”

Such was my experience working with Angela O’Donnell: a deep reaffirmation of the order of things in the cosmos, a deep validation that things are not equal, and that such concepts as “standards” are true whatever the contemporary world wishes to pretend to the contrary. How was this, then?

First, and to be clear, I am not suggesting that Professor O’Donnell agrees or supports my interpretation of what occurred.

Secondly, we had to have a modus operandi for judging: We needed to create four winners (in four categories) from the shortlist of 21 poems that we received. We agreed to create a rank order of the top three in three of the categories, and in the overall winning category to nominate the winner with a possible alternative.

Furthermore, we agreed, though without being too explicit about it, that we would not share our listings with each other, and we would work independently of the other’s list; in other words, we would be blind to what each other thought.

Let’s look at the principle that poetry appreciation or value is an entirely subjective affair. We had 21 poems to sort. What would be the probability be that we would agree, without consultation, on the following: 1) agree on all four winning categories, including the overall winner; 2) agree on second and third places in all but one category, but even here we were close to an agreement. This was the result without having discussed any of the merits of the poetry!

If there were no such thing as standards, the odds of that happening would be minuscule. The reality is that there are standards but, as with everything else, one has to do the work to understand what they are.

Why Do We Trust Some Experts?

One of the ironies of our modern situation is that we seem absolutely, co-dependently determined to seek and follow expert advice when it comes to technology or science or medicine. Take COVID and the absurd rules that some of the experts foisted on us, and which we followed. But when it comes to art and poetry, we disallow expertise and consider it hierarchical, elitist, and infringement of our freedom.

Unfortunately, because of this unwillingness to consider some artworks better than others, we have undermined thinking itself: It is in the arts and poetry that some of our deepest and profoundest thinking, imaginatively, is to be found.

Finally, then, I would like to reacquaint readers with a standard from the past that today is rarely considered at all. Perhaps the greatest critic in the English language is from the 18th century: Dr. Samuel Johnson. To read Johnson is to read a manual on how to read.

“Morality is not one sub-system among others, such as that there is art, science, religion, business, politics, and so forth, ‘alongside’ morality. Instead, morality is the guiding principle for all human endeavors.”

Precisely, for as Johnson noted, “he who thinks reasonably must think morally” (from his “Preface to Shakespeare”). And what is morality? A standard, a standard of good and evil, and knowing the difference between them, which is all that the modern world wishes, sadly, to blur, obscure, and ultimately bury.