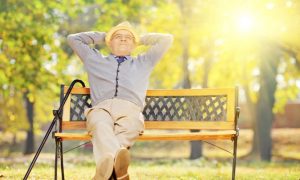 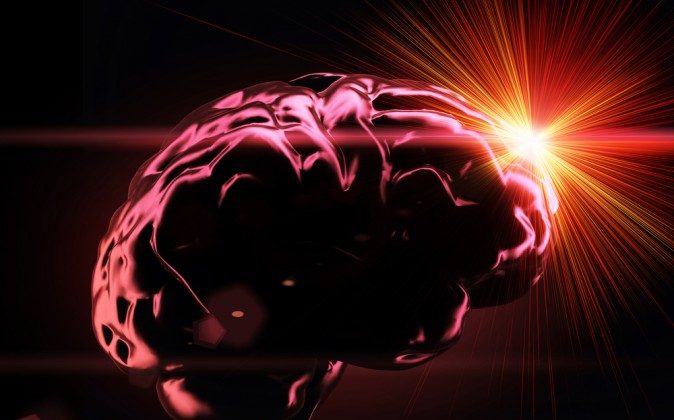 Vitamin D has been shown to improve a number of brain disorders, including dementia and its most severe form, Alzheimer’s disease, the latter of which now affects an estimated 5.2 million Americans.

The latest mortality statistics places Alzheimer’s in the top three killer diseases in the US, right behind heart disease and cancer. Vitamin D deficiency is also rampant. Researchers estimate that half of the general population is at risk of vitamin D deficiency or insufficiency.

Among seniors, that estimate reaches as high as 95 percent. While certainly not the sole cause of dementia, evidence suggests vitamin D may be a very important factor for successful prevention.

A wide variety of brain tissue contains vitamin D receptors, and when they’re activated by vitamin D, it facilitates nerve growth in your brain. Researchers also believe that optimal vitamin D levels boosts levels of important brain chemicals, and protect brain cells by increasing the effectiveness of glial cells in nursing damaged neurons back to health.

Vitamin D may also exert some of its beneficial effects on your brain through its anti-inflammatory and immune-boosting properties, which are well established.

The link between low vitamin D and dementia has again been confirmed with the publication of a robust six-year long study conducted by an international team of researchers. As reported by Science Daily:

[A]dults in the study who were moderately deficient in vitamin D had a 53 percent increased risk of developing dementia of any kind, and the risk increased to 125 percent in those who were severely deficient.

Similar results were recorded for Alzheimer’s disease, with the moderately deficient group 69 percent more likely to develop this type of dementia, jumping to a 122 percent increased risk for those severely deficient.”

The authors concluded that: “Our results confirm that vitamin D deficiency is associated with a substantially increased risk of all-cause dementia and Alzheimer disease. This adds to the ongoing debate about the role of vitamin D in nonskeletal conditions.”

The findings also suggest there’s a threshold level of circulating vitamin D, below which your risk for dementia increases. This threshold was found to be right around 50 nmol/L, or 20 ng/ml. Higher levels were associated with good brain health.

Based on previous research, I believe 20 ng/ml is still too low, and potentially dangerously so… When it comes to vitamin D, you really want to be in the optimal or clinically relevant range, and as the years have gone by, researchers have progressively moved that target range upward.

At present, based on the evaluation of healthy populations that get plenty of natural sun exposure, the optimal range for general health appears to be somewhere between 50 and 70 ng/ml, or 125-175 nmol/L—a far cry from the threshold suggested in this study.

I believe sensible sun exposure is the ideal way to optimize your vitamin D levels. As a general rule, you’ll want to expose large amounts of bare skin to the sun until it turns the lightest shade of pink, if you’re light-skinned.

This typically occurs in about half the time it would normally take you to burn. So if you know you tend to get sunburned after 30 minutes, you’d want to stay in the sun for about 15 minutes.

Those with darker skin may need to pay closer attention to notice when this slight reddening occurs. It’s really impossible to give any firm recommendations for how long you need to stay in the sun to optimize vitamin D production, as it varies greatly depending on a number of factors.

Your second-best option would be to use lights that emit UVB.

If your circumstances prevent either of these strategies, then you’re left with taking a vitamin D supplement. GrassrootsHealth has a helpful chart showing the average adult dose required to reach healthy vitamin D levels based upon your measured starting point. Many experts agree that 35 IUs of vitamin D per pound of body weight could be used as an estimate for your ideal dose.

Be sure to take vitamin D3—not synthetic D2—and take vitamin K2 in conjunction with it. The biological role of vitamin K2 is to help move calcium into the proper areas in your body, and without sufficient amounts, calcium may build up in areas such as your arteries and soft tissues.

This can cause calcification that can lead to hardening of your arteries—a side effect previously thought to be caused by vitamin D toxicity. We now know that inappropriate calcification is actually due more to lack of K2 than simply too much vitamin D.

Magnesium is another important player—both for the proper function of calcium, and for the activity of vitamin D, as it converts vitamin D into its active form. Magnesium also activates enzyme activity that helps your body use the vitamin D. In fact, all enzymes that metabolize vitamin D require magnesium to work. Magnesium also appears to play a role in vitamin D’s immune-boosting effects. As noted by magnesium expert Dr. Carolyn Dean, MD, ND:

“The effectiveness and benefits of vitamin D are greatly undermined in the absence of adequate levels of magnesium in the body. Magnesium acts with and is essential to the activity of vitamin D, and yet most Americans do not get their recommended daily allowance (RDA) of this important mineral.”

As with vitamin D and K2, magnesium deficiency is also common, and if you’re lacking in magnesium and take supplemental calcium, you may exacerbate the situation. Vitamin K2, magnesium, calcium, and vitamin D all work in tandem with each other, which is why it’s important to pay attention to their ratios. Vitamin A, zinc, and boron are other important cofactors that interact with vitamin D, and indeed, zinc deficiency has also been identified as a contributing factor to Alzheimer’s disease.

When taking supplements, it can be easy to create lopsided ratios, so getting these nutrients from an organic whole food diet and sensible sun exposure is generally your best bet. Dietary sources of magnesium include sea vegetables, such as kelp, dulse, and nori. Vegetables can also be a good source. As for supplements, magnesium citrate and magnesium threonate are among the best.