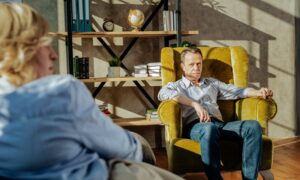 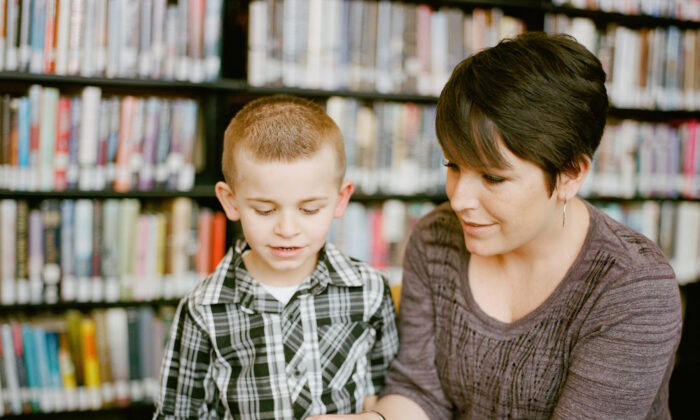 Good teachers can have an enormous impact on their students' lives. (Adam Winger/Unsplash)
Family & Home

Lighting Fires: A Salute to Teachers

Jeff Minick
Jeff Minick has four children and a growing platoon of grandchildren. For 20 years, he taught history, literature, and Latin to seminars of homeschooling students in Asheville, N.C. He is the author of two novels, “Amanda Bell” and “Dust on Their Wings,” and two works of non-fiction, “Learning as I Go” and “Movies Make the Man.” Today, he lives and writes in Front Royal, Va. See JeffMinick.com to follow his blog.
View profile
biggersmaller
Print

These are names in my pantheon of personal heroes, men and women who placed their stamp on me and helped me become who I am.

My mom and dad, my siblings and friends, my wife, and my children and grandchildren have all helped shape me, giving me even in my older age insights into life and bits of wisdom. A conversation with my daughter several years ago, for example, taught me about humility and the importance of allowing others to show me charity. My mom’s bravery on her death bed took away my fear of the Grim Reaper, and a friend’s guidance over our long fellowship has comforted me in hard times and at one point gave me the courage to get to my feet when my life fell apart.

So who were they?

They were my teachers.

Often we paint our educators with too broad a brush. We either sentimentalize them, deeming them noble, hard-working professionals seeking to inspire our young people to fulfill their potential, or else we blast them as being indifferent to their young charges, concerned more about salary hikes, benefits, and summer vacations than whether Johnny can read or Sally can solve equilateral equations.

And then there are the best teachers.

Hand on the Helm

Fundamental to all good teaching is this basic precept: Command the classroom.

At Boonville Elementary School, Miss Fleming, Mrs. Jessup, and Mrs. Spear were my teachers in the third, fifth, and sixth grades, respectively, and they controlled their classrooms like captains at the helm of a battleship. Breaches of discipline were rare, and when they occurred, the offender could expect to have his hand spanked with a ruler or suffer a disgraced exile in the hallway outside the classroom.

All three women had one advantage missing in many schools today. They were natives of Boonville, population around 600, or of the surrounding countryside, and therefore knew the families of their students. If some student had a certain quirk, for example, like an indifference to bookwork or the ability to turn an ordinary event into a tall tale, the teachers probably said, as did the townspeople, “Well, he’s a Shore” or “That’s the Moxley blood coming out in her.”

Each of these women taught us reading, basic math, handwriting—always my worst subject—and all other subjects. That education was grounded in basics with lots of rote memorization, and yet I hold the academic gifts given me by these women in great esteem. In the seventh grade, I entered a military school 200 miles away, where at the end of the year I received a medal for standing at the top of my class academically. For the rest of my life, I have credited that honor to my Boonville teachers.

A teacher’s first duty is to maintain discipline and instill knowledge.

Mr. Paul Darden taught my ninth-grade block class, geography and honors English, at Southwest Junior High School near Winston-Salem, North Carolina. He was a lanky man who often wore loafers and a sweater vest, remaining in my mind’s eye a precursor to Mr. Rogers of television fame, and was as easygoing as a Sunday afternoon.

His classes were fun and filled with worthwhile projects. The one I remember best was his European travel itinerary, where we had to plan out a day-by-day schedule of a trip to places like England and France. This was long before the internet, and so my classmates and I visited libraries and travel agencies to gather information for our plans.

It was such a wonderful way to learn about European history and geography, that more than 30 years later I copied this idea and used it in a couple of my own classes. To express my appreciation, I mailed Mr. Darden a letter thanking him for being my teacher and for this project in particular.

Poet W.B. Yeats once said, “Education is not the filling of a pot but the lighting of a fire.” Mr. Darden gave his students matches and kindling.

Professor Henry Hood of Guilford College in Greensboro, North Carolina, looked a little bit like the comedian Don Rickles. He wore wrinkled jackets and a tie loose at the throat, and frequently carried a crazed gleam in his eyes. He would march into the classroom, sit at the chair behind his desk, lean back, put his hands behind his head, and without using notes of any kind, would kick off into a lecture on the Huns, Queen Elizabeth, or the wars of the Reformation.

Dr. Hood also invited students into his home, where he served supper—Kentucky Fried Chicken was a favorite—played for us on his harpsichord or the bagpipes, and entertained us with stories from history and from his youth. Our Byzantine history class regularly met in his living room, and to this day, whenever I read of that long-lost empire, I can still taste the peanuts and apple cider he served up on those occasions.

Years later, as a teacher in Asheville, I adopted Dr. Hood’s practice of holding classes in the home and expanded it. Throughout the academic year, various seminars I taught met not only in my apartment, but also at places like Barnes and Noble, the Battery Park Book Exchange, the Basilica of Saint Lawrence, and several cafes. The discussions conducted in these places brought the students closer together, gave them insights into my own philosophy, and provided a break from the plastic chairs and folding tables of the church classroom where we normally met.

Good teachers can make learning as pleasurable as … well, as peanuts and apple cider.

In January 1971, I resigned honorably from the U.S. Military Academy and shortly afterward entered Guildford College. In what he undoubtedly regarded as a great practical joke, the registrar assigned me as my faculty adviser Dr. Ed Burrows, who had served time in prison as a pacifist during World War II.

If the registrar intended comedy, his joke backfired. Until his death in 1998, Ed and I remained good friends. Given the canyon separating us politically, he once asked me why the two of us had remained friends. I thought a moment, shrugged, and said, “I guess I like laughing together with you.”

That friendship began with my admiration for his teaching abilities. Ed was a good man, kind to his students, with a keen sense of humor. I took several classes with him, and never once did I see him become angry or raise his voice to a student. He was beloved by many of us for his gentle criticisms and suggestions.

Good teachers can be both demanding and kind.

In college, I normally received high grades on my papers and essays, but there I sat as a graduate student in the office of history professor James Barefield at Wake Forest University, and the first chapter of my master’s thesis looked as if someone had just squirted several packets of ketchup on it. Twenty-two years old, and I was choking back tears of frustration.

Dr. Barefield quietly led me through my many mistakes, such as the overuse of adverbs, the occasional lack of connections between paragraphs, and poor word choices. Over the next months, the splashes of red ink became less frequent, and slowly my prose style improved.

Dr. Barefield and I never became particularly close, but he was always in my corner, helping me enter the doctorate program I never finished, pushing me to study for my required exam in basic French, and encouraging me when my studies overwhelmed me.

Always, I sensed, he wanted the best for me and from me.

Good teachers set the bar high in terms of expectations.

Good teachers can make an enormous difference in the lives of their students. They give us valuable tools for making our way in the world, inspire us to aim high and become better people, and refuse to listen to our excuses or condone shoddy work.

If you’ve had teachers like that, I encourage you to drop them a note expressing your appreciation, no matter how many years have passed since you last sat in a classroom or lecture hall. Our educators need to know we cherish their efforts and talents, and the effect they had on us. Speaking from my own experience, I can assure you a letter or an email of gratitude from a former student leaves me walking on air for the rest of the day.

Give a thank you to your teachers.

I wish I could thank mine.

Jeff Minick
Jeff Minick has four children and a growing platoon of grandchildren. For 20 years, he taught history, literature, and Latin to seminars of homeschooling students in Asheville, N.C. He is the author of two novels, “Amanda Bell” and “Dust on Their Wings,” and two works of non-fiction, “Learning as I Go” and “Movies Make the Man.” Today, he lives and writes in Front Royal, Va. See JeffMinick.com to follow his blog.
TOP NEWS