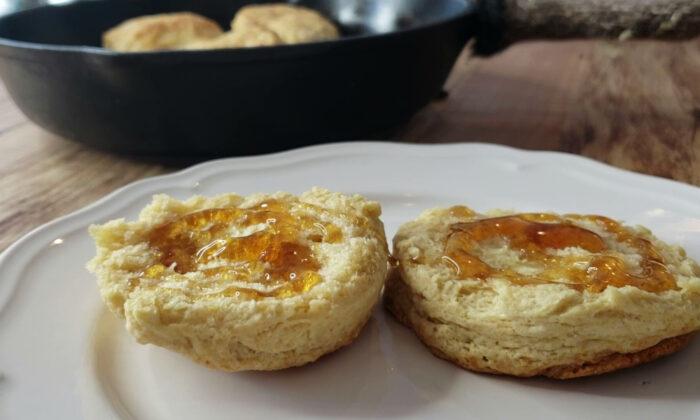 Melissa K. Norris
Melissa K. Norris is a fifth generation homesteader and founder of MelissaKNorris.com and the popular Pioneering Today podcast. With her books, website, videos, podcast, and social media, she reaches more than a million people each month to help them learn simple, modern homesteading skills for a healthy and self-sufficient life. She lives with her husband, two kids, and a plethora of farm animals in the foothills of the Cascade Mountains in Washington state.
View profile
Follow
biggersmaller
Print

My father was a child during the Great Depression. Though the Great Depression ended some 80-odd years ago, for those who lived through it, the effects still govern their choices and lives. For those of us who only know of the time period via history books, there are valid lessons we can learn and apply today.

My grandmother raised her family during and through the Great Depression years. They didn’t have electricity or indoor plumbing. The outhouse and hand pump still stand at their home, a testament to simple living and hard times.

They raised a large garden and had a milk cow, pigs, chickens, and bees. The few items they purchased from the store were flour and sugar.

Since no electricity meant no power, they had a small cupboard to store perishable food items on an exterior wall. The back of the cupboard had a screen for airflow and to let cool outside air in. Outside the house over the hill, there was a small hole dug into the bank with water in it, as a makeshift spring house during warmer months to store the milk.

My dad told me that there were many times they only had what they’d grown and put up themselves to eat; without their homegrown food, they would have gone hungry.

For much of the United States today, we’re deciding what to cook based upon what we’d like to eat, or choosing from several options. Back then, you had minimal ingredients to make a meal, and food wasn’t allowed to go to waste.

Within the naivety of my childhood, I thought every family grew a garden and canned their own vegetables. It wasn’t until I was older that I realized my father was making sure we always had our own food source. He would never be solely dependent on a grocery store to feed his family because he remembered a time when the only food they had to eat was what they’d produced themselves.

Though you might not be able to grow all your own food, growing at least one item to feed your family is something we can all do, whether windowsill herbs, for those without growing space, or a full backyard garden.

If you have stocked basics such as flour, a fat source (butter, lard, coconut oil, etc.), salt, sugar, baking powder/soda, and milk, you can make a plethora of different items to stretch your food budget.

For my grandmother and her family, biscuits and cornbread were staples. She didn’t bake yeast bread very often, as yeast bread requires rising times and keeping an eye on the dough to avoid over-proofing, and store-bought yeast was an expense they couldn’t afford. To my knowledge, she didn’t keep a sourdough starter for wild yeast.

Biscuits were made in the morning for breakfast, with enough left over for lunch. Grandma could mix the exact amount for each person to have one biscuit. The cornbread was served at suppertime.

Biscuits are truly versatile, whether topped with gravy—savory or chocolate—or slathered with honey or jam. They can be used in place of bread for a breakfast sandwich, as topping on a casserole, or enjoyed all on their own as a snack.

My grandmother never used a bowl to mix up her biscuit dough. For that, a large sack of flour sat in the corner of the kitchen.

“I can see her,” my dad said. “When she mixed it up, she’d wash her hands, then she would dig in there. She would make a hollow, a little spot inside the 50-pound sack of flour, and she would pour the milk, and stuff the buttermilk right in that and mix it up. Same with her pie crusts.”

Though times were financially tough, and everyone in the family had to pitch in to get by, my dad looks on back on those years with a fondness: “It was a hard life, but it was a good life.”

Unfortunately, I don’t have my grandmother’s exact biscuit recipe—it wasn’t something she wrote down—but I do have the next best thing: my mom’s flaky buttermilk biscuits.

Mix up your dry ingredients, then bring your butter out from the fridge. Cut it lengthwise in half, then in half again, and then cube it on up. Use a pastry cutter and work the butter into the dry ingredients until it looks like itty bitty pea-size clumps.

Add the honey and 3/4 cup of buttermilk, and mix until the dough sticks together on itself. If you need to add the rest of the 1/4 cup, go ahead, but it should be a shaggy-type dough, not smooth.

Fold into thirds, turn it 90 degrees, and pat it back out into a rectangle. Repeat 2 more times, for a total of 3 rounds of folding and patting.

After the third and final patting out, use a 3-inch biscuit cutter to cut out 6 biscuits. Push the scraps back together for the last 2 biscuits.

Place biscuits in a cast-iron skillet (or on a baking sheet) and bake for 15 minutes or until golden on top.

Recipe from “Hand Made: The Modern Guide to Made-from-Scratch Living” by Melissa K. Norris

Melissa K. Norris
Follow
Melissa K. Norris is a fifth generation homesteader and founder of MelissaKNorris.com and the popular Pioneering Today podcast. With her books, website, videos, podcast, and social media, she reaches more than a million people each month to help them learn simple, modern homesteading skills for a healthy and self-sufficient life. She lives with her husband, two kids, and a plethora of farm animals in the foothills of the Cascade Mountains in Washington state.