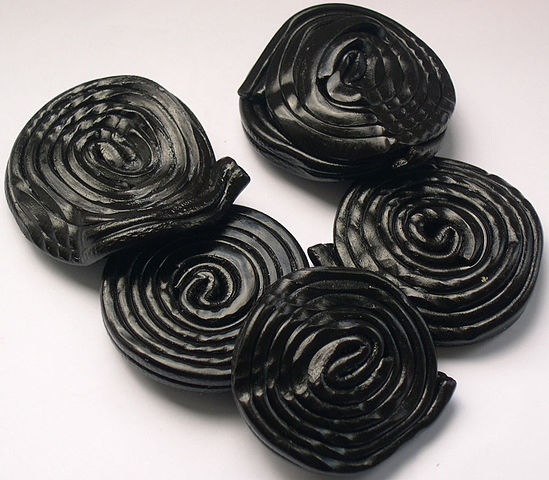 Licorice, the Sweet Root With Lots of Health Benefits

Say “licorice” and most people think of those black, chewy ropes from a bygone era of candy. But licorice is also a plant related to beans and lentils, and its root is one of the most important and most used herbs in ancient Egypt, Greece, India, and China.

The most striking thing about licorice root is its sweetness, about 50 times sweeter than sugar. The Chinese call it gan cao (“sweet herb”). The word “licorice” is the product of a centuries’ long phonetic corruption of the Greek word for the plant, glyrrhiza, which means “sweet root.”

If you can appreciate its heavy anise character, licorice is one of the best tasting herbs available. It is found in a great number of traditional herbal formulas because it takes the edge off the foul flavors of other herbs.

In Chinese medicine, licorice’s sweet and smooth quality makes it the perfect harmonizing herb, and that’s why it’s found in so many classic Chinese formulas. According to Chinese herbalists, the addition of a small amount licorice makes a formula more effective and minimizes the potentially toxic nature of other herbs, preventing unwanted side effects.

6 Reasons to Love the Herb Peppermint

One of the major drawbacks of sugar is that it causes inflammation. Yet for centuries, sweet licorice has been used to cool inflammation and soothe irritated mucosal tissue. In the digestive tract, licorice is used to treat issues such as stomach ulcers, leaky gut syndrome, hepatitis, and acid reflux.

Licorice also addresses inflammation in the lungs. This herb is a common ingredient in natural cough syrups because it helps quiet a cough and expectorate mucous. In a study published in the June 2003 edition of Lancet, licorice was found to inhibit the SARS virus.

Another virtue of licorice is that it protects against toxicity. Licorice has been shown to minimize the toxic and inflammatory effects of aspirin, strychnine, cocaine, caffeine, tobacco, and other substances.

Licorice has a well-documented reputation for influencing hormonal function, particularly in the adrenals—tiny glands that sit on top of the kidneys and produce chemicals that regulate our stress response.

Licorice is considered one of the best herbs for treating adrenal burnout and has also been used to treat Addison’s Disease (a condition in which the adrenals don’t produce enough hormones), and Polycystic Ovarian Syndrome (PCOS), which is characterized by androgen excess.

Because of its hormone balancing qualities, licorice is used to treat steroid dependency, helping patients wean off these strong drugs with fewer side effects. It is also used to treat PMS, and other hormone related complaints.

Recent studies point to more uses for licorice, such as treating prostate and breast cancer, and boosting immunity.

Licorice is an adaptagenic herb, which means it helps the body better adapt to stress. Yet unlike most adaptagenic herbs—such as ginseng, ashwagandha, and maca, which are recommended at high doses for long periods of time— the key to using licorice safely is not to take too much.

The chemical responsible for licorice’s sweetness is called glycyrrhiza, which can cause a number of unpleasant and potentially dangerous side effects at prolonged high doses.

Glycyrrhiza is notorious for raising blood pressure and depleting potassium, so those with edema, severe liver issues, or heart problems should be closely monitored by a health professional when taking licorice. Keeping salt intake low and potassium intake high can minimize these effects. Coconut water, avocados, and other potassium rich foods are strongly encouraged when taking licorice on a regular basis.

In an effort to maximize licorice’s benefits and minimize its side effects, supplement manufacturers feature a product that removes most of the root’s glycyrrhiza. It is known as deglycyrrhized licorice (DGL).

However, glycyrrhiza has been shown to have therapeutic benefits as well, and that’s why many herbalists still prefer using whole root extracts rather than DGL. In the book “Principles and Practice of Phytotherapy: Modern Herbal Medicine,” herbalists Simon Y. Mills and Kerry Bone cite findings from Japan which “rediscovered” the value of using whole licorice root extract to treat peptic ulcers. “[T]he evidence casts doubt on the logic of any other approach,” they write.

The German agency that evaluates herbal medicine (Commission E) recommends a dose of licorice root extract of no more than 5 to 15 grams (.2 to .5 oz) of whole root extract a day, which should not be taken for longer than six to eight weeks without professional supervision. At lower doses, licorice is safe for most to take for a longer period of time.

For those who take DGL supplements, higher doses are permitted.

Licorice is available in pills and tincture, but it also makes a delightful tea. Look for licorice root in commercial tea blends designed to detoxify or treat digestive complaints, coughs, or sore throat. The raw root, which looks like either loose twigs or mulch, is sometimes available at Asian grocery stores.  Consult a qualified herbalist for an appropriate dose.

Licorice has been used to flavor tobacco and has been added to beer to give it a foamier head. It is rich in steroid-like compounds called saponins which have a foamy quality.  In fact, it was once used as a foaming agent in fire extinguishers.

Licorice candy was invented by the Dutch in the 17th century, and it soon spread to the rest of Europe. Napoleon was reportedly so fond of licorice candy that it turned his teeth black.

3 Herbs to Curb the Drinking Urge

Note, though, that many candies labeled “licorice” don’t contain any licorice root at all. Some are formulated with a combination of anise seed oil and sugar to recreate the licorice taste, while other “licorice” candies, like Twizzlers, are only related by shape and texture. In America candy labeled “black licorice” usually means real licorice flavor.

Although the flavor is similar, licorice has no relation to anise (a relative to fennel and dill). Licorice is actually a close cousin to another Chinese adaptogen, astragulas.

Licorice is a sweet, low calorie treat, but it’s still wise to limit consumption of its confections. In 2011, the FDA warned people over 40 not to consume more than two ounces of black licorice a day due to risks of developing a heart arrhythmia.