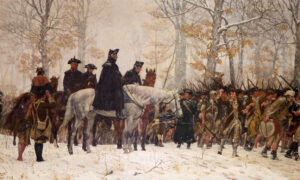 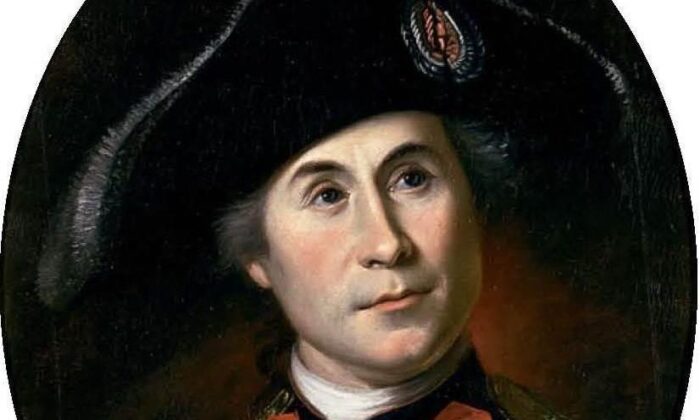 Let’s refashion the Revolutionary War cry by John Paul Jones, “I have not yet begun to fight!” Portrait of John Paul Jones, circa 1781, by Charles Wilson Peale. (Public Domain)
Traditional Culture

Letting Our Lives Speak: Some Ways to Fight the Culture Wars

Traditionalists of whatever political stripe seem to have given up on winning the culture wars waged over the last five decades or so. The past year in particular has brought setbacks and defeats: the removal or desecration of statues of American heroes, schools erasing the names of some of these same heroes, classics removed from English literature reading lists, and professors and writers attacked for defending the heritage of history and literature.

Pessimists say the war is lost, that we should run up the white flag and acknowledge the reality that the deconstructionists and radicals, having taken control of much of our media, Hollywood, schools, corporations, high tech, and government, have won.

Cultural preservationists still have weapons in their arsenal. News outlets like The Epoch Times, online sites like Intellectual Takeout, and publishers like Encounter Books continue to emphasize the vital importance of family and tradition in a healthy culture. Academic institutions like Hillsdale College and the University of Dallas still teach Chaucer, Shakespeare, Bach, Mozart, Michelangelo, Plato, and Aristotle without labeling those great men “dead white males.” A bestseller right now at Amazon and at Barnes and Noble is George Orwell’s classic novel about totalitarianism, “1984.”

No—we must not even think about giving up. Instead, let’s remember the words of Revolutionary War hero John Paul Jones, who when called upon by the British to surrender his ship replied: “I have not yet begun to fight!”

Here are some strategies to strengthen our hearts and carry on these battles.

In “The Twilight of American Culture,” Morris Berman examines our civilization and finds it in decline. He cites reams of evidence from literature, politics, and our culture in general to make the case that America’s power and influence in the world will shrink in the coming years, in no small part because of a degraded culture.

But here’s what we must remember: This radical transformation of our culture took 50 years or more to achieve fruition. We are deluding ourselves if we believe we can reverse that conquest overnight.

Instead, we must take the long view. Restoring the standards of excellence in the arts and the practice of honor and decency in the public square may take decades. Along the way, we must expect delays, troubles, and even suffering as we slowly work to rebuild society.

Patience and endurance must be our watchwords.

Although on his blog he is no fan of American corporations, of George Bush II, or of Donald Trump, Berman looks to tradition for answers. He devotes a good portion of “The Twilight of American Culture” to what he calls the NMIs, or new monastic individuals. He takes as his model the monasteries that came into existence after the collapse of Rome in the fifth and sixth centuries, those tiny outposts of learning where generations of monks worked to preserve the documents of the past.

He then argues that we can live the same way, removing ourselves from a declining culture and pursuing truth and goodness. A few years ago, Rod Dreher’s “The Benedict Option” advocated a similar course of action for Christians in an increasingly hostile world.

Berman describes the typical NMI as a person who has little interest in money or power, lives frugally, and works as much for love as for cash. As an example of the credo of the NMI, Berman cites that master of haiku, Matsuo Basho:

“Journeying through the world
To and fro, to and fro
Cultivating a small field.”

Berman offers several instances of people practicing cultural preservation in groups. My favorite of these examples has to do with writer Nathan McCall, who once spent time in prison where he helped organize a “Western civ discussion group.” The inmates read such philosophers as Spinoza, Kant, and Hegel, and spent hours discussing their ideas.

Many people in the world of homeschooling already qualify as Berman’s NMIs. They worship together, meet at the playground, create co-ops to enhance their children’s education, share books and ideas, and forge tight friendships.

Whatever our situation, many of us can take steps to become cultural preservationists. We might consider forming a book club, for example, where we read and discuss the classics or works like those published by Encounter Books. We might gather with a small group of friends every month—or every week, for the ambitious—share a meal, and talk over some piece of art or music, or a movie we’ve watched together.

Just as we might join hands with family and friends, so too should we engage the communities in which we live. We should keep abreast of decisions made by our town council, shop locally when possible rather than buy from global behemoths, and take the time when going to a convenience store or a coffee shop to chat a few moments with an employee.

When we do these things, we are strengthening the bonds of our neighborhoods and local communities.

The Best of the West

I first read “The Twilight of American Culture” years ago. When I returned to my copy this week, I was delighted to find so many dog-eared pages, underlined sentences, and notes I’d written to myself.

I was happy, too, to find Berman using the word “guerrilla” to describe this underground movement of NMIs.

Withdrawing from our decadent culture doesn’t mean leaving the battlefield. Instead, in the stifling and ugly culture of today that seeks to silence dissent and ruin opponents, we should regard ourselves as guerrillas, irregular warriors whose weapons are the “best of the West” and who seek to inspire others by our example and by living in truth.

Nor should we turn a blind eye to current events. When Berman wrote his book, “cancel culture,” “de-platforming,” and suppression of free speech were in their infancy. If we fail to track the political developments of our time, if we fail to speak out against lawlessness and attacks on our liberty, we may someday find ourselves stripped of our rights and freedoms, repressed to the extent that resistance is impossible.

Teach the Culture to Our Children

To readers familiar with my writing, I will now sound like a broken record.

It’s up to us to impart the culture of Western Civilization to our children. Whether this effort involves teaching them “Twinkle, Twinkle Little Star,” the story of Little Red Riding Hood, the “Little House on the Prairie” books, the “Iliad,” or hundreds of other classics, the point is that we must hand down our heritage to our young people. The same holds true for all the arts. Certainly, many people can no longer depend on the public schools to do so.

Even more importantly, we must pass along to them the virtues and values esteemed by our ancestors. Temperance, prudence, courage, and justice were once staples of what children learned at home and at school.

Just this week at our local secondhand bookstore, I bought Hermann Hagedorn’s “The Book of Courage,” which was completely unfamiliar to me. Published over 90 years ago and aimed at young readers, this thick volume contains accounts of Hannibal, Joan of Arc, Daniel Boone, Giuseppe Garibaldi, and 27 other heroes. Hagedorn clearly meant to inspire youth with these mini-biographies, and we should aim to do the same today through what we teach our own children.

Doing Good in a Fallen World

At the end of “The Twilight of American Culture,” Berman writes: “I leave it up to you to decide if the glass if half-full or half-empty, or whether that even matters. For the “monk” of the 21st century will not be pursuing his or her activity for grand, heroic outcomes, but for the sense of worth and meaning that the activity itself contains. The work may lead somewhere; it may not. Our job is only to give it our best shot.”

A few lines later, Berman concludes his book by citing an old Quaker, “Let your life speak,” and then adds: “”In the end, that’s the only thing that matters.”

Keep the faith, everyone. And hold fast to the good.