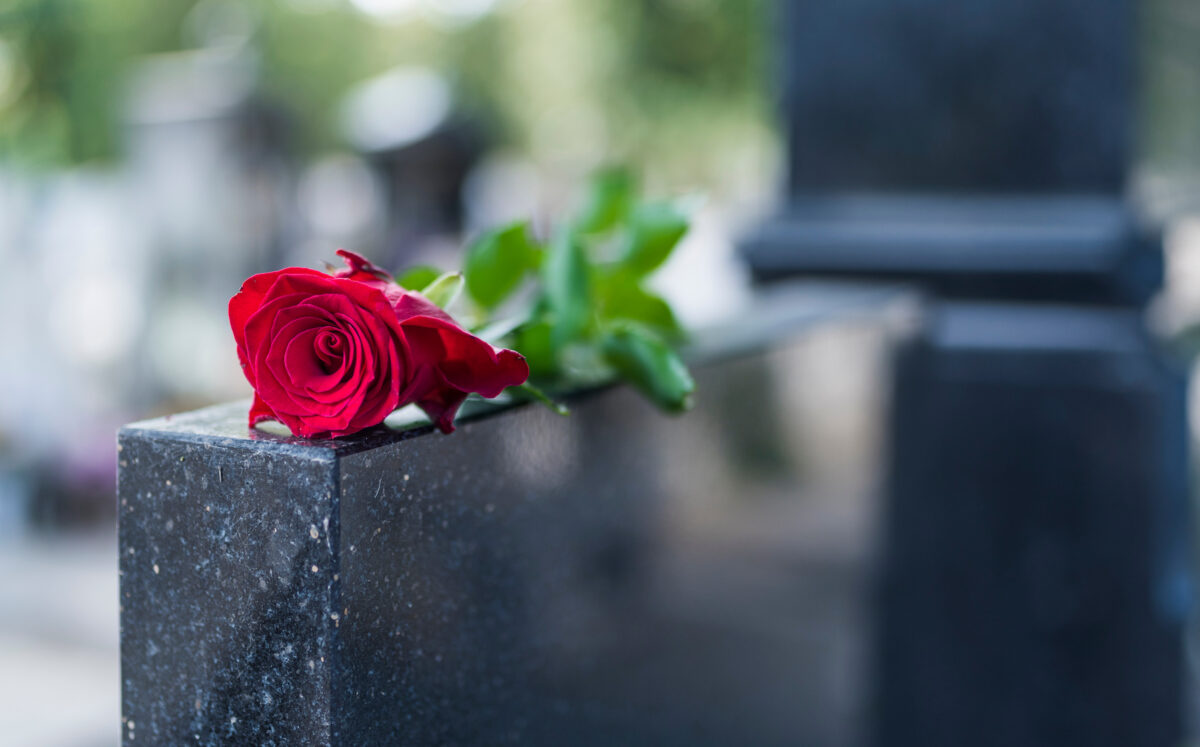 Legacy is more than the words on a gravestone—it is the impact created by a life that touches others with love and kind actions. (Dragana Gordic/Shutterstock)
Lifestyle

Leaving a Legacy Through Simplicity

Lessons from a gravestone recipe
BY Annie Holmquist TIMENovember 21, 2022 PRINT

A few weeks ago, I came across a story in The Washington Post about a young woman, Rosie Grant, who scours graveyards across the country looking for recipes to make.

Recipes in a graveyard? Yes, it does sound weird, but Grant was intrigued upon hearing the concept. The first gravestone recipe she came across was featured on Naomi Odessa Miller-Dawson’s grave and was for Spritz cookies. Grant whipped up a batch and shared the results on her TikTok account. Its success encouraged her to hunt down other gravestone recipes and try them as well.

When I first read about Grant’s graveyard cooking ventures, I must admit that I thought it was a little sad. Making the recipe wasn’t sad—that was a very touching and honoring thing for Grant to do. What was sad was the fact that some people seemed to think that a single recipe was the most important legacy they had to leave behind.

Such a thought made me stop and ask myself what kind of legacy I’ll leave behind one day when I am dead and buried. Do I want my legacy to be as simple and small as a recipe on a gravestone or do I want it to be much bigger—a legacy that touches people personally, makes them better individuals, and even encourages some to go on and impact the world at large?

I think most of us would automatically choose the latter. Who doesn’t want his life to count and make a difference? “Forget that recipe on the gravestone, we’re setting our sights on something higher and more worthy!” we all say to ourselves.

But then I read further in the article and my perspective began to change; for in some cases, there was more behind these recipes than meets the eye viewing the gravestone.

Take Kay Andrews, for example, whose gravestone recipe for fudge was another one that Grant made for her TikTok account. Kay’s family described her as “the most joyful, loving person” who was always baking treats to give to others. Such food gifts, Kay’s granddaughter noted, were “really how she showed her love.”

The fudge recipe gracing her gravestone may look like the only legacy Kay leaves behind, but in reality, her legacy was what she did with that fudge. She poured her time and energy into making something enjoyable and then gave it away with her love. She made others feel special and wanted through simple actions and simple gifts. We only have her fudge recipe to look at on this side of eternity, but who knows what we’ll find on the other side? The fact is, those simple actions that she faithfully did may have made an enormous impact for good.

Nineteenth-century writer Elizabeth Rundle Charles captured how small, faithful actions can make a huge impact for good in her poem “The Child on the Judgment Seat.”

Go back to thy garden plot, sweetheart!
Go back till the evening falls;
And bind thy lilies, and train thy vines,
Till for thee the Master calls.

Go make thy garden fair as thou canst—
Thou workest never alone;
Perchance he whose plot is next to thine
Will see it, and mend his own.

And the next may copy his, sweetheart,
Till all grows fair and sweet;
And, when the Master comes at eve,
Happy faces his coming will greet.

Many of us look at our world today sighing in discouragement and wondering what on earth we, the simple, average Americans, can do to change the seemingly unstoppable train wreck that our country is headed for. We’re too ordinary to make a big difference, we murmur to ourselves.

What we forget is that it’s the simple, faithful, heartfelt acts of love and kindness that truly make a difference in this world. When we work and do our best in the areas in which we have been planted—our homes, our workplaces, our neighborhoods—being faithful in even the daily, mundane tasks we’ve been given, but taking time to be the listening ear, the helping hand, the caring friend, and the kind neighbor, then our legacy will be nothing to sneeze at once we’re dead and buried. Instead, it will grow and spread, from one little garden plot to another, fed by the love, care, and faithfulness we bring to our everyday tasks.

This article was originally published on Annie’s Attic on Substack