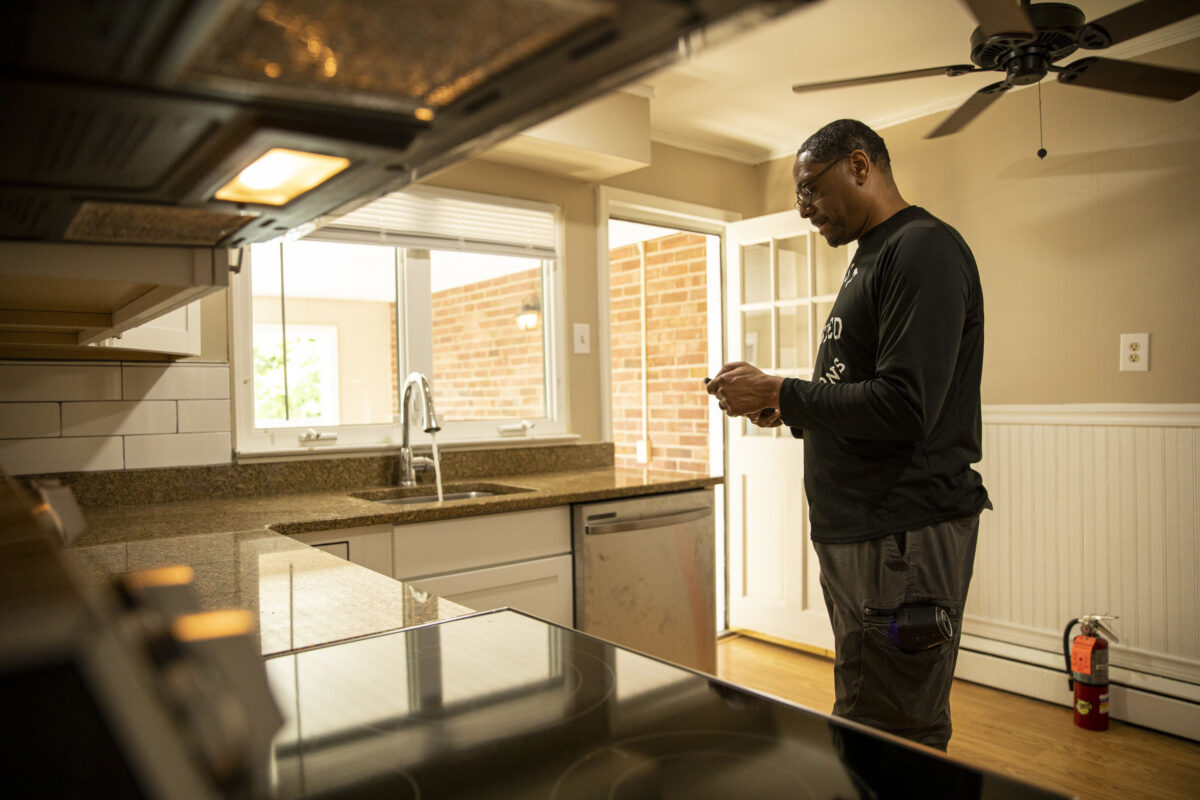 Leaks, Termites, and Cracked Foundations: Skipping Home Inspections in a Competitive Market Is Tempting — and Risky

By Michaelle Bond
The Philadelphia Inquirer

The woman had just bought a house an investor flipped in Montgomery County. She skipped a home inspection to compete against other buyers and, a couple months ago, she asked inspector Ben Poles to take a look.

As part of his usual examination, Poles, who owns Rest Assured Inspections in Pottstown, filled up the tub in a second-floor bathroom. The water didn’t get hot. When he went downstairs to investigate the cause, he saw that wasn’t the homeowner’s biggest problem: Water was pouring through the ceiling, and the drywall was coming apart.

“When I was borrowing paper towels from the neighbors, I was thinking: This is why you get an inspection before you buy the house,” he said. “Because now it’s on you to fix things.”

He called the homeowner, and “you could hear her heart just sink.”

To make offers more attractive in a strong sellers market and to beat competitors, buyers are continuing to skip home inspections, which are meant to protect them. And they’re doing so at rates the real estate industry has never before seen. Inspection contingencies let buyers back out of a deal or try to get sellers to pay for repairs before a sale.

“In this white-hot market, buyers feel the pressure to make all sorts of concessions,” said Angela Giampolo, managing attorney at Philadelphia-based Giampolo Law Group, which mainly represents members of the LGBTQ community.

It can be a winning — if risky — strategy for some.

“For better or for worse,” said Scott Reidenbach, founding principal of Reidenbach & Associates, based in Wayne, “you now have the house.” And some buyers find themselves in the “worse” category.

The Montgomery County woman with the destroyed bathroom was one of several of Poles’ clients who waived the home inspection and then later told him, “we just want [one] for peace of mind.”

“Some of these people,” he said, “they don’t get peace of mind after I go in there.”

Record high buyer demand and record low housing supply are fueling fierce competition. Bidding wars that have been a hallmark of the pandemic housing market are still happening. Buyers are getting more personal in their “love letters” to sellers, offering tens of thousands of dollars more than listed prices, and throwing in perks that range from the typical (such as cash) to the unusual (such as Spanish lessons).

The usual concessions that used to win over sellers haven’t been enough for some who have their pick of offers and often look for the easiest and quickest deal. If buyers waive inspections, that’s one less opportunity for the sale to fall through, and the seller basically gets to sell the home as is.

“It’s making people feel desperate and make bad decisions, and they’re really paying for it,” said Austin Freundlich, partner and co-owner at Freundlich & Littman, based in Philadelphia. “There are a lot of first-time home buyers out there that are going to get completely fleeced.”

Buyer behavior will likely return to normal once the market slows down, which could happen as mortgage rates climb and fewer potential buyers can afford homes. But even over the last two years, many buyers have become homeowners without skipping inspections. In many cases, they were just more patient.

Real estate professionals don’t recommend that buyers waive inspections of homes — the biggest purchases they likely will ever make — especially in a city such as Philadelphia, with old housing stock. Freundlich just bought a home, and given what he’s seen in his law practice, he said he didn’t even consider waiving any contingencies.

Giampolo gives this advice to buyers: ”Be OK if you’re outbid. Don’t do the super-risky stuff. Know that you will get a home at some point.”

Walking through a house without seeing obvious problems or buying newly constructed homes can leave buyers with a false sense of security. Inspections are designed to find issues that aren’t evident.

New homeowners are encountering problems with HVAC systems, lawyers said. They’re poorly constructed, which can mean leaks and mold, or they don’t properly control temperature or ensure air quality throughout the home.

Freundlich had one client whose bedroom wall collapsed because of a water leak. Another client discovered the home’s basement floods with sewage.

Calls to Bose Houser, president and chief executive officer of the Philadelphia-based design and construction company Rocks + Cornerstones, include complaints about electrical switches not working and backlogged toilets.

“Most of the time, it’s the things you don’t see until you start trying to use the house,” she said.

Construction costs are way up, and availability of materials is way down. When buyers who forgo inspections find problems, they may have to delay moving in for months until those problems get fixed. Buyers could be faced with thousands of dollars in costs they didn’t expect. They may have drained their savings to purchase their home, and they still have a mortgage and other homeowner expenses to pay.

Buyers know they made a mistake.

“They call me and their tail’s between their legs,” Giampolo said. “You can hear it in their voice.”

What Buyers Can Do After a Purchase

Buyers who waive their rights to inspections still have some options if they find problems after a sale. They can go after sellers under consumer protection laws or challenge a builder if they find defects in new homes under warranty.

Anger over bad deals is driving an increase in legal claims by buyers against sellers, Reidenbach said.

A common route is for buyers to accuse owners of not telling them everything they knew was wrong with the home on the seller’s property disclosure form, a document required by law. Through negotiations or a lawsuit, they can try to get money from the seller to fix problems by accusing the prior homeowner of purposefully concealing issues or failing to disclose issues they should have known about.

But, Giampolo said, “you don’t want to hang your hat on that.” Proving what a seller knew can be difficult. And buyers have to weigh legal costs of investigating and potentially suing their sellers against the severity of the issues to be fixed.

If a seller disclosed everything and the buyer waived inspections, Reidenbach said, “that buyer should not have a claim against that seller.”

His firm represented a seller who sold a Chester County home to a buyer who waived inspections. After moving in, the new owner discovered that the pool needed extensive work, including a new cover, a repaired heater, and a replaced or resealed concrete pool surface. The seller chose to negotiate a settlement.

“To my dismay, many people are still waiving everything when making an offer,” said Reidenbach, who has been practicing law for 24 years. “I’ve never seen this many buyers waiving this many contingencies.”

With bidding wars inflating home prices, first-time buyers especially may see no other choice than to waive mortgage and appraisal contingencies, Giampolo said. That’s a danger when they don’t have the money to fill funding gaps.

Waiving clear title, or ownership, of a property is “off the Richter scale of danger,” but buyers across the country do it, Giampolo said. They may later find someone else’s liens passed on to them.

“I feel like people think it’s far-fetched that title problems happen but it’s just not, especially in older cities like ours,” she said.

Freundlich advises home buyers to do their due diligence before purchasing and to avoid getting caught up in the frenzy they see around them.

“It just might not be worth it,” he said.