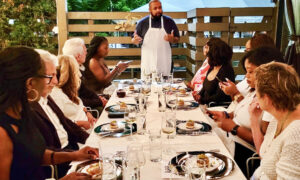 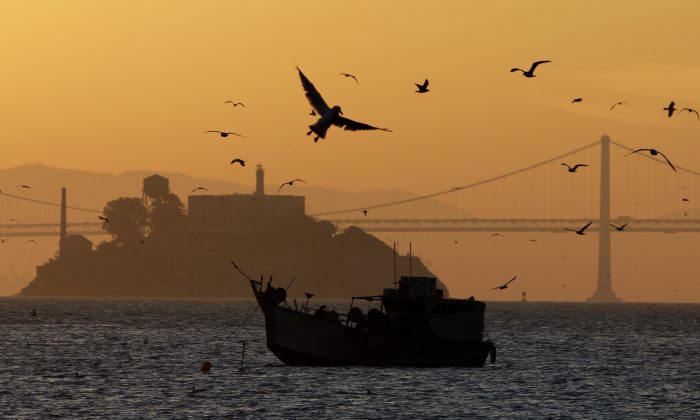 Seagulls hover over a fishing boat hauling in a catch of herring at sunrise in Sausalito, Calif., Thursday, Jan. 27, 2011. In the background is Alcatraz Island and the San Francisco-Oakland Bay Bridge. (AP Photo/Eric Risberg)
Destinations

The most popular destinations in the United States during the Labor Day long weekend (August 30 to September 2) don’t always offer the best value. For those looking to travel off the well-beaten path—and for a better price—but still enjoy the culture and diverse experiences of major American cities, Houston, Honolulu, San Francisco, Orange County, and Orlando, could be good alternatives.

Houston has some of the best deals for air travel and lower-than-usual hotel prices this Labor Day Weekend. According to flight comparison website Kayak, Houston airfares dropped 11.9 percent on average from earlier this summer to about $315.56. The Houston tourism site provides visitors with a three-day suggested itinerary. It includes watching 250,000 bats emerge at dusk from under the Waugh Drive Bridge—a boat tour is available, or viewing is possible from a special deck beside the bridge—and a visit to the Houston Arboretum & Nature Center.

Honolulu, like Houston, saw a big drop in price compared to the weeks before and after Labor Day weekend, according to Kayak. Travelers will pay $600.47 on average to get to Honolulu. Hawaii’s tourism board suggests outings to downtown Honolulu’s Iolani Palace—the official residence of the Hawaiian Kingdom’s last two monarchs from 1882 to 1893: King Kalakaua and his sister and successor, Queen Liliuokalani. To enjoy the natural beauty of the region and to get a panoramic view of the city from above, a hike up Leahi (Diamond Head) is among the many possible excursions for visitors.

Hotel rooms in San Francisco are $70 to $100 cheaper than on the weekends surrounding Labor Day, reports TheSuitest. San Francisco’s tourism website recommends the popular sites, but also reveals some hidden gems. One such gem is the Free Gold Watch, which started as a silk screening print shop, but became a vintage arcade for the nostalgiac gamer. Another is a stretch of beach south of Treasure Island’s yacht harbor, hidden away, yet offering a view of the Golden Gate Bridge and the Bay Bridge.

Another California location, Orange County offers more affordable prices than San Diego and some other hot spots. Attractions range from kid-friendly outings to Knott’s Berry Farm theme park and Disney Land, to surfing at Huntington Beach or a traditional bonfire.

Disney adventures are also an obvious benefit of a trip to Orlando, Fla. Orlando is also among the cities listed by TheSuitest where hotel prices are $70 to $100 cheaper than the weekends surrounding Labor Day. Golf lovers have lots of choice for top courses, or a trip just west of Orlando offers a peaceful stroll through Winter Garden, called a “Community Among Friends,” it has many parks, museums, and a historic Garden Theater.