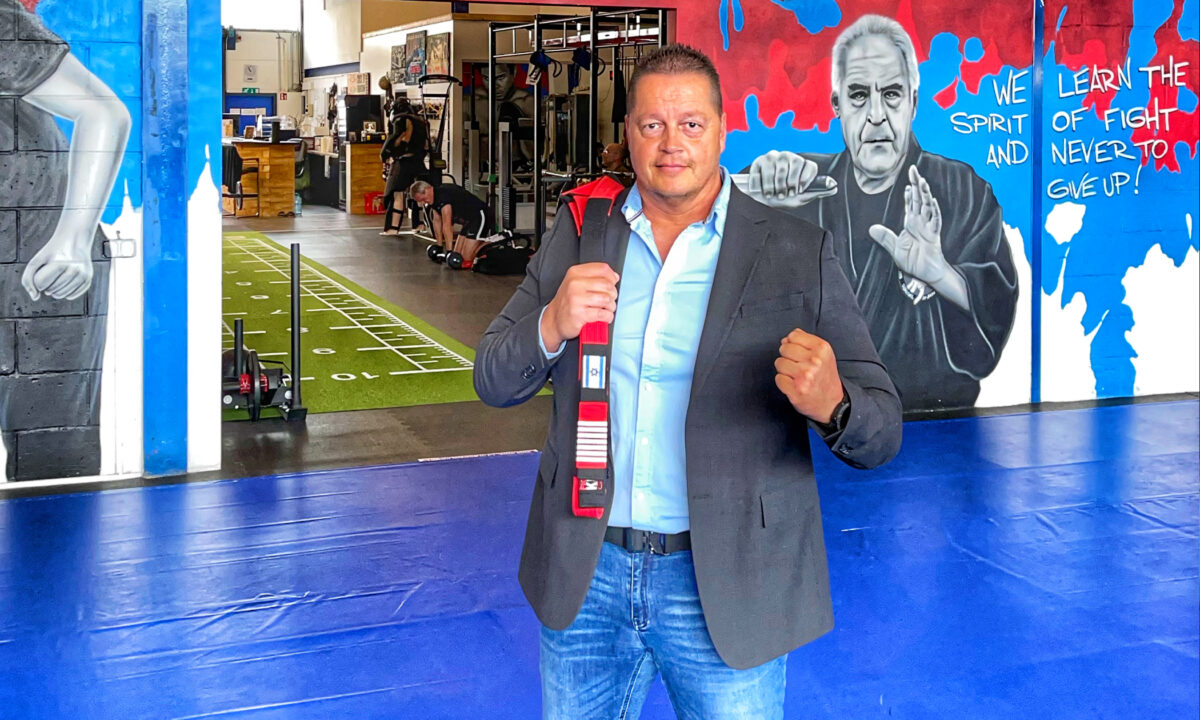 After escaping a violent youth, a German-born martial arts enthusiast became an expert in Krav Maga, the self-defense system developed for the Israeli defense forces and Israeli security forces. Today, he’s an instructor who has workshops around the world and shares content to teach others his bespoke defense strategy, claiming it’s never too late to learn the skills that could save your own life.

Michael Rüppel, 53, has earned his 7th-degree black belt in Krav Maga. He founded Krav Maga Street Defence in Essen, Germany, in 1999, after picking up martial arts “relatively late” in life.

Michael told The Epoch Times: “I was 17 and started Thai boxing for a few years; through my job as a bodyguard, I came to Krav Maga.”

As someone who worked in personal protection for many years, Michael said he wanted to be able to offer the best protection to his clients.

Michael stresses the importance of learning self-defense, citing all the crimes around the world.

“Every person should ask themselves, ‘Could I protect myself in a violent situation?'” he continued. “If the answer is no, then you should change … anything can happen to you at any time.”

Sharing more, Michael said that in self-defense, the most crucial tool is one’s head, and own thoughts.

“You have to be in the here-and-now,” he explained. “Today, everyone is distracted by their smartphone, and a perpetrator looks for those ‘victim signs.’ How do you move; do you have an upright, safe, confident gait? Or are you insecure and distracted?

“I always say, when you’re ready, you don’t have to get ready, so walk through the world with your eyes open and try to recognize the dangers early enough.”

Michael, who runs YouTube, TikTok, and Instagram pages, has shared almost 300 videos on Krav Maga and self-defense to huge public acclaim. “The reactions to my videos are consistently positive,” he said. “People are grateful, and that shows me even more that I’m on the right track.”

Michael’s success is due, in part, to escaping unimaginable violence as a child at the hands of his mother, who he now suspects was mentally ill. She was the first person to ever attack him with a knife.

He recalled: “I was 11 years old, came home from school, and was supposed to clean the kitchen. When she came home, there was something she didn’t like about my work, so she grabbed a knife and stuck it under my left chest.”

Explaining more about the situation, he said she stood there with the knife in his chest, it having penetrated about an inch or two, while he just looked at her and felt nothing at that moment, and told her to prick the knife all the way in.

“Then she pulled it out again and rolled on the floor, screaming,” he added.

“My drive results from all these experiences,” he reflected. “I want to give the people who come to me the best possible tools to protect themselves so that they are not victims of violence.”

Michael was impressed by Krav Maga from the beginning, but suspected that some of its techniques “would not work in reality,” especially when it came to gun and knife attacks, or ground combat. Finding no one to give him the answers he needed, Michael began developing techniques himself with the hope that every person, no matter big or small, man or woman, would be able to use them and have a great chance of success.

“I started to train and test myself as realistically as possible … with ‘uncooperative people,’ until I had worked out the possibilities and techniques that worked,” he explained. “That’s why I founded Krav Maga Street Defence.”

When The Epoch Times asked Michael for some helpful tips that people should know, he said that they should be aware of their surroundings and know who is moving around them. He explained, in order to be able to spot danger at the earliest, one must be vigilant.

“If there is an assault, try to stay calm, look at the situation, try to control your fear take deep breaths in and out,” Michael advised. “If it’s just your money, car, or smartphone, give it to the attacker, don’t fight for things you can buy again later, but if the attacker wants to take your life, then fight with everything you have.”

For those interested in learning Krav Maga, Michael urges them to research schools well, check that any teacher is legitimately trained, and avoid “black sheep who only want to make quick money with the name Krav Maga.” At his own school, Michael works with students from as young as 5, with no age limit.

“It’s better to start late than never,” he said.