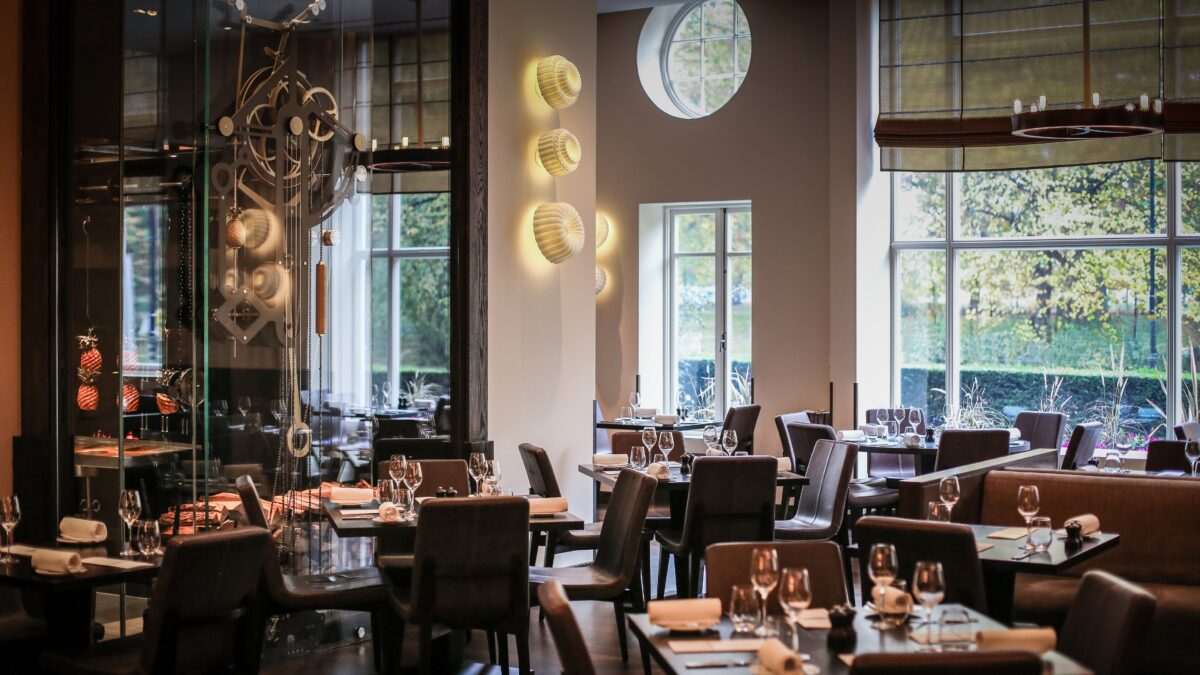 When most people think of the posh area of Knightsbridge, London, they think of Harrods, but there’s more to it than the famed department store. With its luxury shops, quaint cafés, and fine dining, it’s a place to unwind and relax.

Knightsbridge has been around since the 10th century. Previously known as St. Martin in the Fields, it was under King Edward I that the area grew in influence. In the 19th century, Japanese culture impacted the area as trade opened between Britain and the Far East, and in 1887, Knightsbridge opened a Japanese exhibition.

Encompassing old-world charm in the 21st century is the Mandarin Oriental Hyde Park. It’s seconds away from Sloane Street, Harrods, Harvey Nichols, and minutes away from the Victoria and Albert Museum. The first thing you’ll notice is the service and hospitality of the doormen as they welcome you with an open door and take your bags.

Jonathan Bowring, head chef of Dinner by Heston Blumenthal, said, “The Mandarin Oriental Hyde Park, London, offers a myriad of bespoke experiences in an incomparable location between the glorious Hyde Park and fashionable Knightsbridge, and over the last 10 years, Dinner by Heston Blumenthal has become a culinary destination for all food connoisseurs from all around the world.”

The hotel has 141 rooms and 40 suites all done in warm and luxurious colors by designer Joyce Wang. Designed with British elegance in mind, Wang incorporated art-deco influences in the furniture and accent pieces. The Mandarin Hyde Park Room looks down at Hyde Park and starts from $1,466 per night, but if you’re wanting a view of Knightsbridge, the Turret Suite starts at $2,038.

“All restaurants in Knightsbridge have their own uniqueness and identity. The neighborhood is internationally renowned for the finer things in life and is synonymous with luxury,” Bowring said.

Blumenthal is known for his unique creations, his take on British gastronomy, and his desire to help people understand food and dining. Having researched the history of cooking with an emphasis on British food, his multi-sensory creations have made for a delightful Michelin-starred restaurant named after him.

“We have lots of unique recipes inspired by historical British food; including the meat and fruit inspired from feasts dating back to the 16th century, and Rice and Flesh, a dish that we incorporate almond milk—a product that is now in resurgence but has been a kitchen staple since medieval times,” he said.

The lockdown in 2020 and the ongoing pandemic were a challenge for the restaurant. “We worked hard to keep constant communication with our team to stay together and remain united,” Bowring said. “We introduced the Dinner at Home initiative for the very first time, which gave us the opportunity to deliver food from the restaurant to guests to enjoy and recreate the Dinner experience in their homes.”

“Once London opened, it inspired us to cook in the sense of the challenges the hospitality industry faced such as only being able to have guests dine with us in an outdoor seated environment, and we did operate the Garden Terrace during the summer months as alfresco dining. This also inspired us to create dishes that would not only showcase the restaurant but would be suitable to be enjoyed outdoors.”

But now that the restaurant is fully open and the UK has struck down all COVID measures, the extraordinary and unique menu is back: Starters include the Salamagundy, which dates back to 1720, a smoked confit chicken with salsify, bone marrow, horseradish cream, and pickled walnuts; and the Buttered Crab Loaf, a crab salad with cucumber, pickled lemon, and golden trout roe. Among the mains you’ll find the Hereford Ribeye, cooked to the perfect consistency with mushroom ketchup and triple cooked fries; and the Spiced Squab Pigeon, first created in 1780 and served with onions, artichokes, ale, and malt.

Among desserts, take your pick from the Tipsy Cake, from a recipe that dates back to 1858, or the Brown Bread Ice Cream (dating back to 1808), which tastes just like wheat or brown bread paired with salted butter caramel, pear, and malted yeast syrup. If you’re lucky, the ice cream trolley will pass by and you can have ice cream inspired by Victorian cook Agnes B. Marshall. The ice cream is churned in front of you and paired with crunchy toppings.

Even if you don’t stay at the hotel, the restaurant is definitely worth a visit.

Harrods boasts over one million square feet of retail space. Here you find all things related to luxury fashion and food.

Just up the street from Harrods is the Harvey Nichols flagship store, filled with high fashion from the world’s top designer brands.

Stand-alone boutiques of well-known brands surround Knightsbridge—Christian Louboutin, Jimmy Choo, and Gucci, not to mention the array of stores on Sloane Street.

Full of history, Knightsbridge does not disappoint. The food, the shopping, and Hyde Park make for a delightful visit when in London.