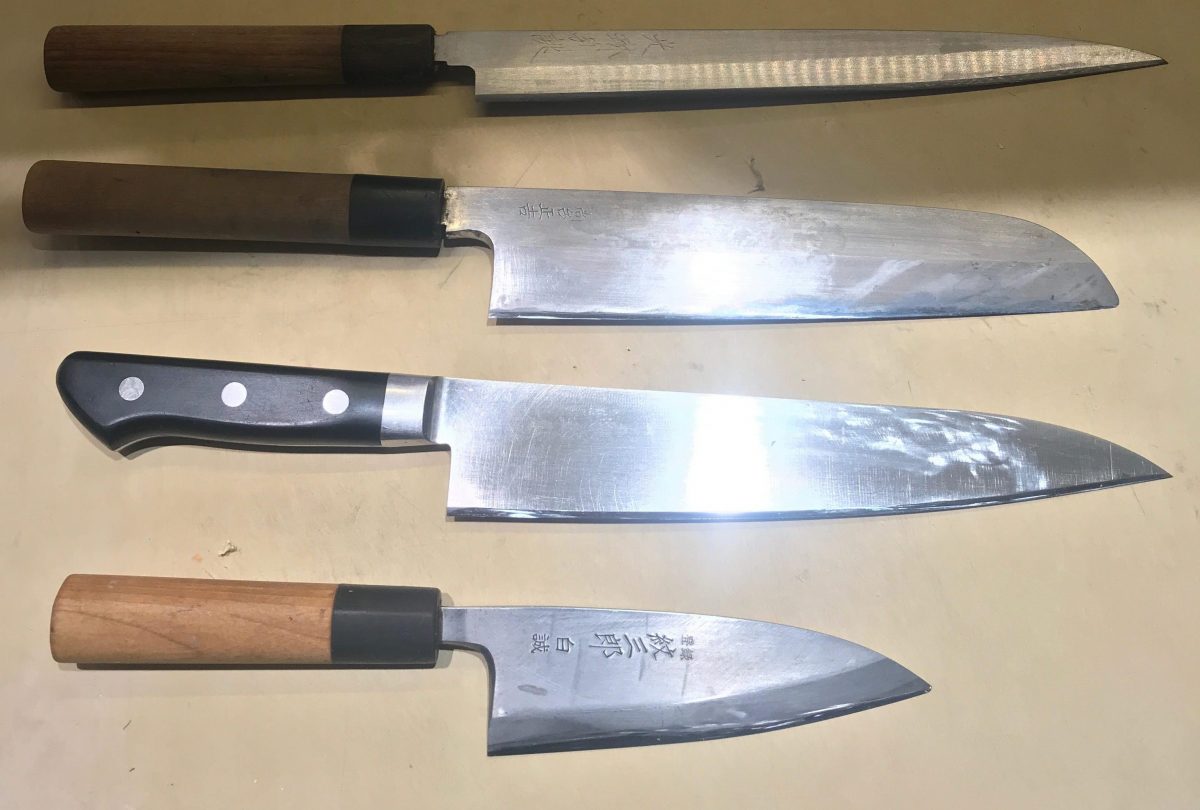 Kitchen Treasures: The Usuba in the Stone

What is your most treasured kitchen possession? One of my most prized possessions in the kitchen is a Japanese vegetable knife called an Usuba. It is a large, heavy, steel knife with a single beveled edge that is super sharp and keeps an amazing edge.

The first time I went to Japan was on a scholarship with the Gohan Society. I was lucky enough to have the opportunity to do a stage at Kaiseki Fukudaya, a two Michelin-starred traditional Japanese tasting menu restaurant.

When I walked into the restaurant, the chef, a 75-year-old Japanese man, asked me to take out all of my knives for inspection. I pulled out 10 heavily used Japanese-style knives. He inspected each one and left my fish cutting knife, called a deba, on the cutting board. He proceeded to stop the production of the other chefs and asked them to all witness me cutting a Japanese sea bass. I was super nervous as 13 Japanese technicians stood around me waiting for me to mess up the fish. Long story short, despite shaking uncontrollably with fear, I did my best and apparently impressed the head chef. That day he asked me to eat lunch with him.

We sat on the floor in his office eating tempura and dashi with tofu and he pulled out a toolbox full of knives he had collected in his 60 years in the kitchen. He said he was proud that an American could cut fish and he wanted me to carry a piece of his legacy with me and asked me to select a knife to take with me. I pulled out the usuba like the sword from the stone and knew that this was the perfect knife for me.

What do you use it for? I rarely use it; to cut vegetables and to make thin sheets of daikon radish and carrots.

The day after I received the knife, I went to another restaurant and the chef gave me a case of daikon radish to julienne. In order to do the julienne, you had to make a three-foot long strip of the radish that was thin enough to read a newspaper through. It took me five hours to get one sheet, and as the rest of the team went for a nap in the afternoon, I took the box of radish with me and continued to practice. Once this was done, I came back in the kitchen and the chef gave me 20 pounds of sardines to clean by hand.