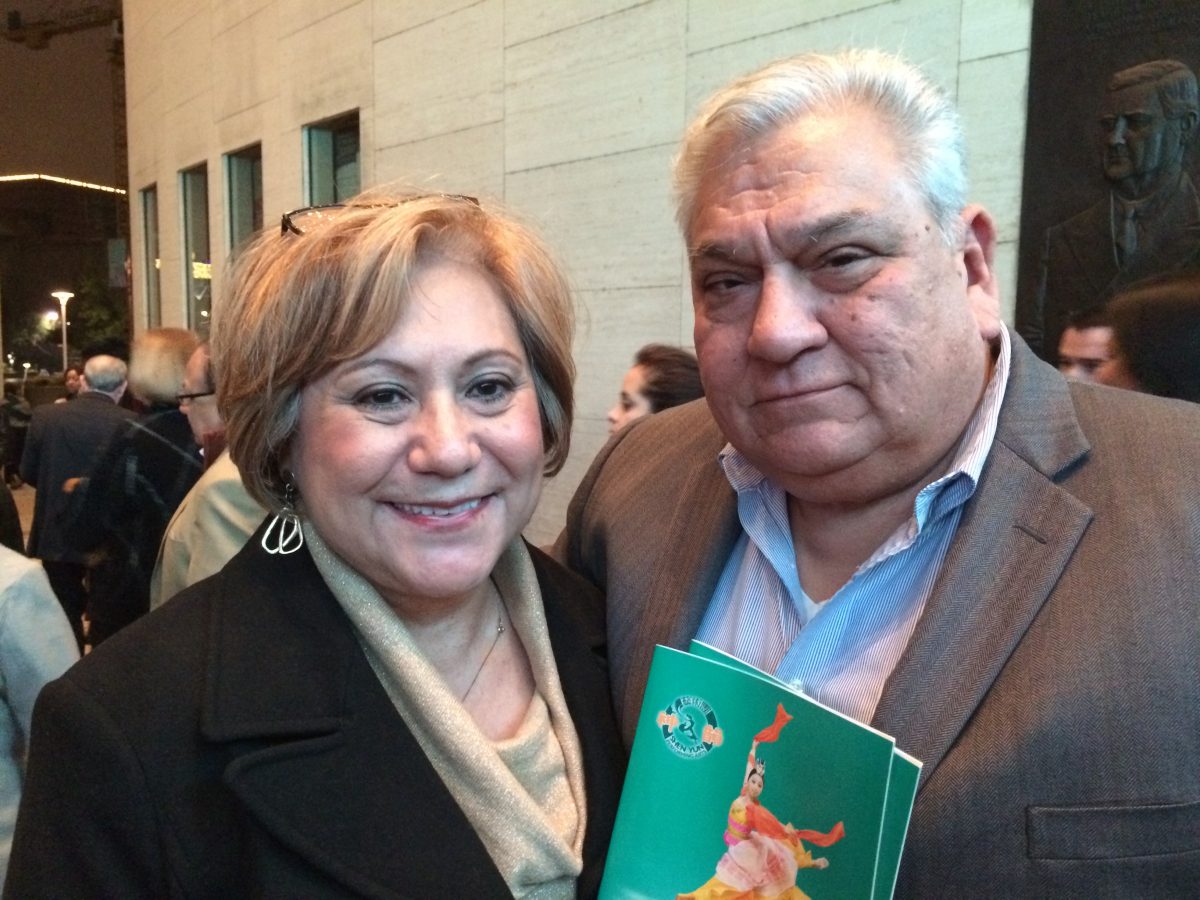 David and Evelyn Diaz at the Houston Jones Hall For The Performing Arts on Jan. 2, 2015. (June Fakkert/Epoch Times)
Shen Yun

HOUSTON—The athleticism and humanity of the performers in Shen Yun Performing Arts impressed David Diaz and his wife Evelyn who saw Shen Yun on Jan. 2.

Mr. Diaz, who owns a trucking company, said he was “very impressed with the physical fitness” of the dancers and touched by their caring.

Shen Yun is a classical Chinese dance and music company based in New York. According to its website, the company’s mission is to revive China’s traditional culture through the performing arts. Rooted in Confucianism, Buddhism, and Taoism, traditional culture emphasized values like benevolence, righteousness, compassion, and reverence for the divine. The performers themselves take to heart the traditional idea that only when an artist’s heart and mind are pure and clean will they be able to make true art.

These values are also brought to life in Shen Yun’s performances through mini-drama pieces about the deeds of historical and legendary characters, as well as dance pieces with other themes and underlying story lines. Many of the pieces often depict divine beings and magical creatures.

Mr. Diaz said he thought that even though the depiction of spirituality on stage had Chinese characteristics, there was a universal message and appeal.

“Their deity or their god was sort of an entity that anybody can relate to, … [people] of any faith. I think that was very impressive, I really liked that,” he said.

He appreciated being “able to see a culture that’s over 5,000 years old” and enjoyed the beauty and color of the hundreds of handmade costumes worn by the dancers.

“It was really beautiful, we really enjoyed it,” he said.

Mrs. Diaz agreed, “We had a wonderful time, it was fabulous,” she said.