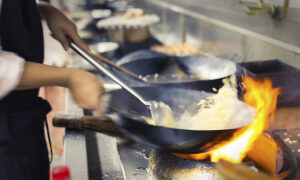 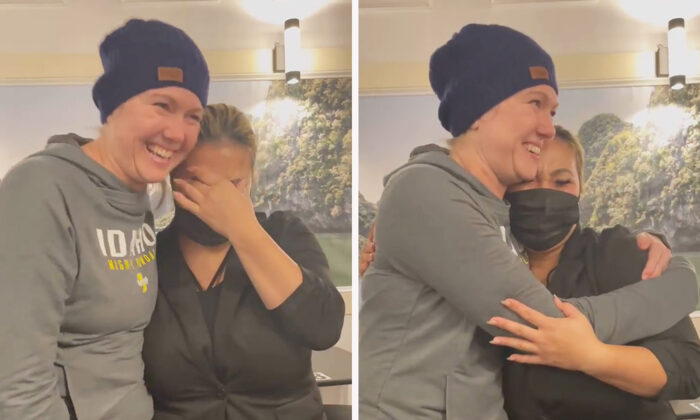 After learning that their waitress was a single mom working three jobs, an Idaho couple reached out to their friends on social media, and surprisingly, within two hours, more than 100 people responded. The couple was thus able to leave an incredible tip before leaving the restaurant, reducing the server to tears.

Michael and Kelly Wolsten were dining at a new Vietnamese restaurant called Pho Le 1 in Coeur d’Alene, Idaho, on Dec. 6. While conversing with their server, TC Huynh, the couple ascertained that she was working so hard to support her two young children, aged 4 and 5.

Moved by her drive and determination, Michael posted on Facebook from their table, hoping to inspire his over 900 friends to contribute to a collection.

“We want to bless her big time,” he wrote. “Want to join our tip to her tonight? Can’t wait to see how much we help her!”

Just like that, donations began pouring in from friends in the state and the country, and by the end of the night, the Wolstens had raised well over $2,000.

“So we reached out to a few of our Facebook friends, and over 100 people heard your story,” Kelly told the server in footage shared on Facebook. “They have donated to that tip tonight, and your tip is $2,400.”

In disbelief, TC wiped tears from her eyes, laughing and insisting that she didn’t usually cry. “That is wonderful,” she gushed before Kelly wished her happy holidays and the pair shared a hug.

TC later added to the comments section on Michael’s Facebook post, exclaiming, “I am truly SO GRATEFUL to have cross paths with you guys tonight.

“I thought [Kelly] was going to complain about the food or service,” the server admitted, “so I was thinking in my head if I said something I shouldn’t have or if I was being awkward because I’m exhausted today … but it was absolutely a BLESSING.”

Michael later told McClatchy News, in a message, according to The Sacramento Bee, that the experience has inspired both him and Kelly to keep listening to others. Additionally, he also mentioned that the couple has been thrilled to see hope spreading among humanity.

“It’s an example of what people can do when we unite in love,” he reflected. “Sometimes good people just need an opportunity to do good things.”