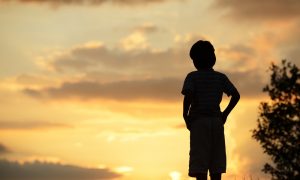 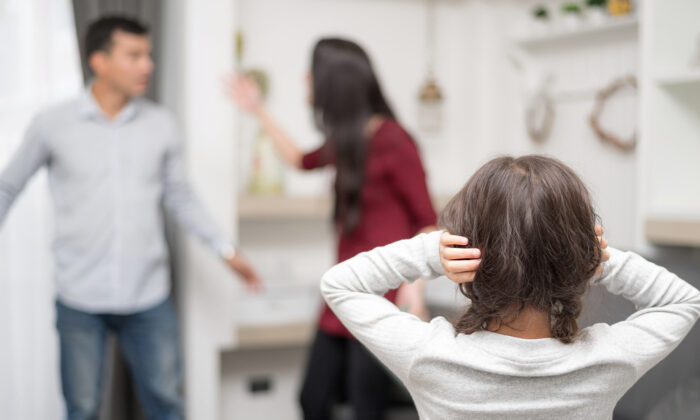 Parents are fallible human beings, just like everybody else. Sometimes emotions, circumstances, or stressful events can get the better of them and an argument breaks out.

However, most of them tend to forget that bickering openly can cause undue emotional distress to the children, who may not understand the complexities of the disagreement but certainly intuit the anger and the negativity.

Why Is Arguing So Bad for the Kids?

Bickering with a spouse or partner doesn’t come out of nowhere. Potential stressors for parents may include but not be limited to having a new baby, sickness, stress at work, upsetting situations with different members of the family, financial worries, or even the mischievous antics of their own children.

The arguing itself can assume many different guises: verbal aggression, physical aggression, capitulation, or even the silent treatment.

According to E. Mark Cummings, a noted psychologist at Notre Dame University who has conducted over two decades of extensive studies on the impact of parental discord on children, kids are extraordinarily tuned in to the quality of their parents’ emotional communication.

The way parents choose to conduct their conflict has a huge impact on their child or children’s well-being, from their mental health to quality of sleep, academic success, and even the child’s future relationships.

Additionally, if children feel frightened or unsafe because their home is an unpredictable battleground, they are likely to act out learned aggression themselves and create a vicious cycle whereby the arguing continues.

Not only does conflict at home impact a child’s well-being, but it can actually impair parenting skills too.

Parents with high stress levels tend to demonstrate less warmth and affection toward their children and are more likely to use disciplinary methods that are excessively harsh, controlling, or convoluted. In contrast, parents who are less stressed use more positive parenting tactics. They are warmer, more patient, sensitive, supportive, and encouraging of the child’s autonomy.

So, what can parents do to curb the conflict?

How to Stop an Argument From Escalating?

It is important to recognize how normal it is for parents to succumb to the bickering impulse. Parents have to bend to life’s demands in order to avoid breaking, but the trick is to apply that same malleability to the way conflicts are resolved.

Schedule your arguments: If you are a parent, it is important to identify the topics that get you particularly hot under the collar. Recognize when these “hot topics” come up in a conversation and bookmark them for a private moment out of earshot of the children.

If you or your partner is already angered, it may help to come up with a mutually agreed-upon visual cue for delaying a conversation until a more appropriate time.

Watch your volume and tone: Discuss calmly rather than getting heated. A heated argument is like a wildfire; a rational discussion has a much better chance of finding a reasonable solution.

Own, don’t blame: Owning feelings and beginning sentences with “I think/feel…” as opposed to “You said/did…” is an effective way to avoid finger-pointing. It also turns any disagreement into a potential learning opportunity for your child in non-violent communication.

Consider including the kids: Many psychologists claim that children respond well when their parents engage in an inclusive discussion in order to resolve family conflicts. As long as the discussion is appropriate and the child is not employed as a mediator, the child could gain a lot of reassurance from learning what an argument is about.

Repair the damage: Nobody’s perfect, so if an argument does ensue in front of the children, be sure to make reparations quickly and clearly. Explain to the children that disagreements happen, but now the fight is over. It is imperative to remind the children that they are loved.

It is also imperative for each parent to extend a gesture of love and reconciliation toward the other. This could be a hug, sustained eye contact, or a warm smile to reaffirm the family unit.

Providing a positive model for conflict resolution could also help a child to navigate future conflicts of their own.

According to a 2009 study co-authored by E. Mark Cummings, children whose parents engaged in constructive conflict and whom were shown affection to one another afterward exhibited better social skills. They were also more empathic than their peers who witnessed destructive marital conflict. In addition, the study also pointed out that “This type of [constructive] conflict helps preserve children’s security by increasing their confidence that any difficulties between their parents will be managed in a way that maintains family harmony.”

Ultimately, most children are not interested in which parent is right or wrong in any given situation. Children simply need to feel safe and loved.

It is the shared responsibility of a child’s parents to help that child learn how to handle conflict confidently and competently. It is no mean feat, but it could spell the difference between an emotionally healthy, happy child and a child who lives in fear of angry repercussions.

The same parents who argue are the very same people who hold the key to a compassionate solution.