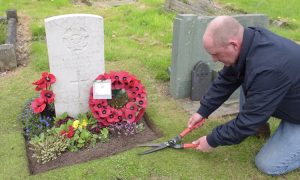 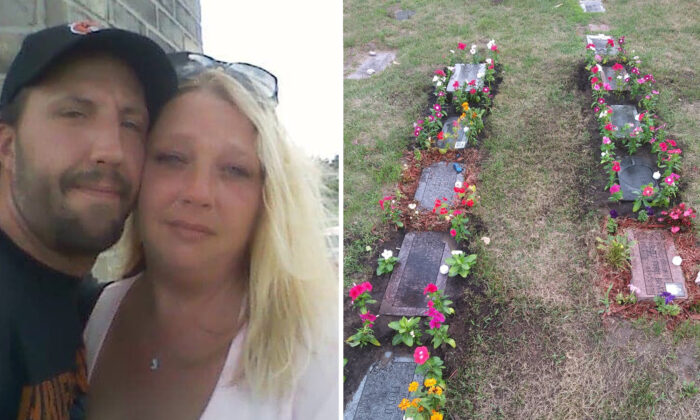 A couple from Michigan passionate about gardening is on a mission. Together, they dedicated their free time to sprucing up Lakeside Cemetery in Fort Gratiot Township, and their kindness has captured the attention of grateful locals.

Kandie and Brian Mifflin, who got married eight years ago in December, enjoy the tranquil atmosphere of the cemetery and focus their attention on the graves of people long-passed.

“They were still people, even if they’re not here,” Kandie reasoned, speaking to The Times Herald. “It’s respect, I think. It gives my husband and I a sense of purpose.”

The Mifflins’ beautification project started at the end of May. While tending to Kandie’s father’s family plot, the couple noticed that a number of headstones elsewhere in the cemetery were showing signs of neglect.

The impulse to intervene was Kandie’s, but she credits her husband for his support. “[Brian] inspires me every day to be a good person,” she said.

As their project gained traction, weekly runs to the garden supply store turned into “date nights.” Brian, 41, and Kandie, 47, fund all purchases from their own pockets and sometimes even bring plants and flowers from their home garden to the graveyard.

While all neglected graves at Lakeside Cemetery are eligible for beautification, Kandie said she is particularly moved by families, veterans, and infant graves. In fact, her summer project was the unmarked grave of a baby named Isabella who passed away in the early 1900s.

Isabella was buried next to her father. Kandie planted flowers as a mark of respect and remembrance for the baby girl, who was subsequently added to a list of beautified graves in Kandie’s notebook.

As people started catching wind of the kind couple’s handiwork, the Mifflins received a request on Facebook. Forty-year-old Melissa Harnden’s sister, Melanie Lunney, was buried underneath a shrub at Lakeside Cemetery, and Melissa was struggling to maintain Melanie’s grave.

Brian graciously stepped up to the task of cleaning before adding flowers and mulch. He also placed an angel figurine on Melanie’s gravestone and sent a picture of the beautified grave to Melissa the next day.

“I’ve just never had a stranger that’s just been so willing to go out of his way to make not just my day, but my existing family’s day,” Melissa marveled. “It’s just the kindest thing.”

Melissa, who lost her brother, sister, and parents before graduating from high school, admitted to the Times Herald that past thefts had discouraged her from leaving mementos on the graves of her family members, who were buried in three local cemeteries, but that the Mifflins’ project had restored her drive to tend to the plots herself.

As per cemetery regulations, all figurines, annual flowers, and mulch that the Mifflins have placed are supposed to be removed by the end of summer. However, Brian and Kandie, undeterred, are already planning to return in 2021 to relaunch their project for a second season.

Here Are Some of the Graves They Have Beautified: