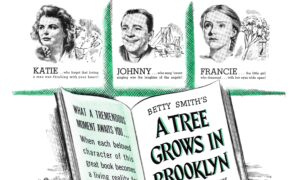 In Praise of Womanhood: A Look at Hollywood Wives and Mothers
0
Share Now
TelegramFacebookTweetEmailTellMeWeReddit
Copy Link 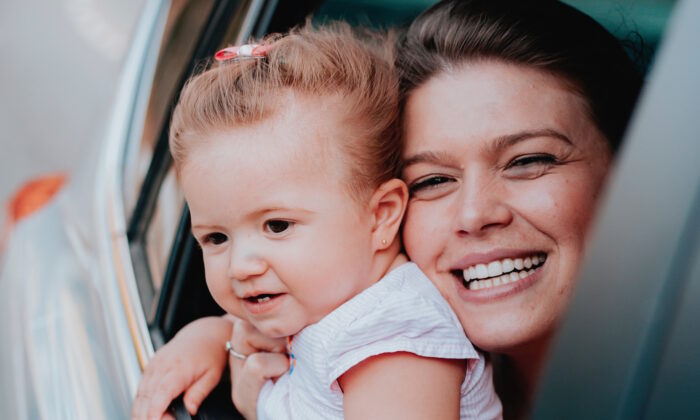 Joy and Sorrow: Some Thoughts for Mother’s Day

Let’s get right away to the nitty-gritty of motherhood.

After being born, the average baby needs about 2,500 diaper changes in the first year of life. Over the next two years, he or she may go through another 3,600 diapers or so.

Suppose you have three siblings. Unless you had a nanny, a boatload of babysitters, or a stay-at-home dad, that woman you call mom has changed well over 20,000 diapers in her lifetime.

She also fed some 4,000 meals to babies and toddlers. She probably told each of you to say “please” or “thank you” 1,000 times. She dressed you every morning for several years and put you into jammies every night before you went to bed. She’s the woman who kissed your “boo-boos” when you fell and who later drove you day after day to dance class, football practice, and Scouts. Her wrinkled face and worn hands are testimony to her love for you.

She’s the woman who, whatever her circumstances, gave you the gift of life.

First, however, we must acknowledge that for some women, Mother’s Day is bittersweet. They may celebrate their own mothers, but for whatever reason, they have no children who might do the same in turn for them.

Over the years, I’ve known several women for whom Mother’s Day brings not joy but sorrow and regret.

I’ve also known men and women who’ve told me their mothers didn’t deserve honors and accolades. So in case some readers may have horror stories of their own mothers and regard Mother’s Day as a travesty, I understand. Bad mothers exist, and some of the wicked ones make the daily news.

But they are the exceptions, not the rule.

Everywhere I look, I see women giving their all to raise their children to be strong and virtuous human beings.

My daughter and the wives of my three sons strive daily to provide their children not only with the necessities of life, but also with education, comforts, and encouragement. My grandchildren, even the 16-year-old, may not yet recognize the sacrifices made by their mothers, but eventually, their eyes will open and they will see they owe Mom a lifelong debt.

The young wife and mother who lives across the street from me guides and guards her children through every day. In my church on Sundays are many large families, and there’s Mom, her hair still damp because she had to race from the shower to ready her kids for Mass and looking as if she hasn’t slept in months. She’ll spend most of the service correcting her children, shushing them, and holding and hugging them.

And though they may not think of themselves in this way, these good mothers are also teachers.

My mom taught me many things.

She taught all of her six children some simple things such as table manners, but she also steered us to the virtues. She despised lying—nothing hurt her quite so much as when one of us tried to deceive her—and even as a child, I learned to tell her the truth and let the chips fall where they might. She emphasized constantly the importance of politeness and showing kindness to others, and the obligation to help the less fortunate whenever we could.

After my dad left my mother and ended the marriage, Mom also taught us, largely by way of example, the importance of standing on our own two feet, taking responsibility for our actions, and moving forward in the face of catastrophe. With three children still at home, she moved to a different city, got a job, and steered my younger siblings through school. I lived in the same city, and during that time, she became one of my best friends.

Mom imparted her final, and perhaps greatest, lesson in her last days. She died of liver cancer at home in her townhouse, surrounded by her husband, her children, and a few grandchildren. She’d already said goodbye to some of her friends sitting in her garden patio a few days earlier and spent her last bit of life confined to bed. Though she fell into a coma during the last few hours, just minutes before she died, she twice said, “What I wish for …” as if she was speaking to someone.

Her serenity and her acceptance removed forever my own fear of death.

Mother’s Day is often criticized for becoming over-commercialized. Even Anna Jarvis, the founder of this holiday, long ago rued this commercialization, which she regarded as extravagant.

We may still buy the cards and flowers, and take Mom out to eat at a restaurant, but we can also add depth to the day and renew its meaning. Whether in person or by phone, we can tell our moms how much we love them. If our mothers have died, we can honor them by setting aside some part of the day, however small, to remember them and the gifts they gave us. If we know women who aren’t our mothers but who were and are instrumental in our lives—aunts, guardians, mentors—we can use this holiday to acknowledge them as well.

And if our relationships with our mothers or our children are broken, perhaps this day might serve as an opportunity for forgiveness and reunion, either by attempting to remove those barriers separating us or if that is impossible, through a reconciliation of the heart.

Whatever our situation, let’s make the most of Mother’s Day.