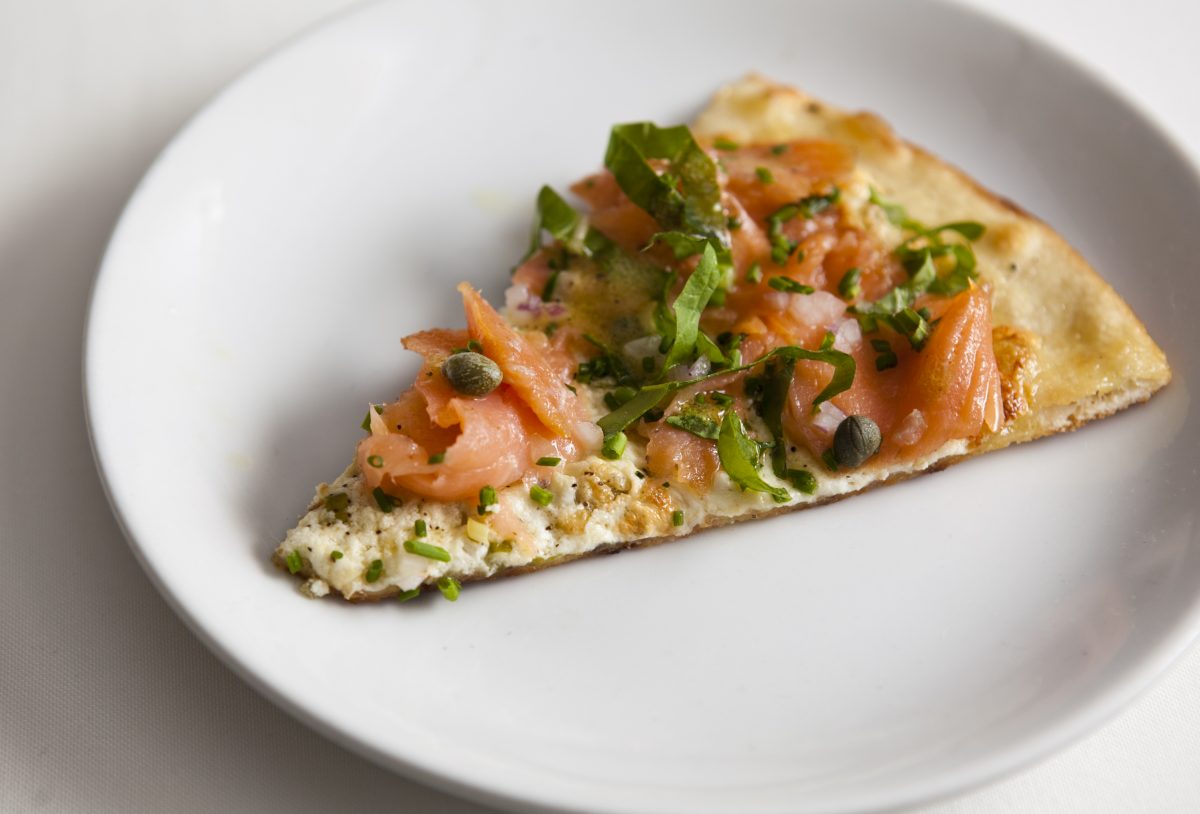 Join the Clan at Incognito Bistro

NEW YORK—On a quiet block on West 18th Street lies Incognito Bistro, run by the Scottish Italian couple Adriana Moretti and Paolo Montana. It’s not that one is Scottish and the other Italian. Rather, they are both Scots of Italian descent.

There are currently about 100,000 Scottish Italians in Scotland, most of them in Glasgow, a city that Moretti likens to New York City—somewhat gritty, but real, and friendly, where people don’t hesitate to strike up conversations with strangers.

“The Italians taught the Scots to eat,” she said. Scotland already enjoyed, with its low population density, good produce, and “animals in the fields, the fish in the sea.”

The restaurant setting is elegant and has a lively vibe in the evenings. It’s spacious instead of being crammed with tables. There is plenty of space for private conversation.

The music level is kept to a comfortable level—you never have to raise your voice to be heard; and the lighting pleasant, flattering, but not too dim.

The front bar area is a nice area to linger, with views of the street through the floor-to-ceiling windows.

At Incognito the menu is mostly Italian—the restaurant this fall received an Ospitalita Italiana certificate from the Italian Chamber of Commerce certifying the authenticity of Italian products used.

But there are still a few nods to the owners’ Scottish heritage: the smoked Scottish salmon pizza, the Highland haggis, the Cranachan dessert, among others.

On a recent tasting dinner, true to Italian style, chef Paolo Montana brought out the flavors of the ingredients. A simple pea soup, with nothing more than peas, vegetable broth, and seasoning, a drizzle of olive oil, and rosemary croutons, was delicious.

Montana is a master at sauces; the Highland Haggis ($12) was likely my favorite dish, with all the comfort you’d want from a meat and potato dish (it’s made with lamp sausage, creamed potatoes, and an amazing, deep whisky jus), with just a hint of natural sweetness from the turnips. The Filet Mignon ($38) hit the spot for something comforting with a complex cognac sauce, served with wild mushroom and fennel.

The pastas were all very different from each other, from a light butternut squash, mascarpone, and green peas ravioli ($22), on the sweet side, to an earthier pappardelle Bolognese, to a cannelloni stuffed with beef and spinach ($22).

For dessert, I had a lovely glass of the Cranachan ($9), a traditional Scottish dessert (presumably the Scottish answer to the English trifle), in this case a berry compote with Chantilly cream, toasted Scottish oats, and honey. The textures are pleasant, especially the toasted oats—a light ending to the meal.

Moretti and Montana wanted the experience of elegance and good food to be accessible in a modern setting. Their experiences of the neighborhood were mostly limited to diners or $100 lunches.

It’s an eclectic mix that frequents Incognito, from executives to, during summertime, passers-by donning shorts. The latter would ask Moretti if they could come in dressed in this fashion. To which she would offer an enthusiastic resounding yes. “Executives and shorts … that combination … no one feels excluded,” she said.

If you want a light bite, the bar menu is available at any time of day so it’s possible to pop in for a glass of wine and a crostini ($4). “You’re not pressured into a $30 main course,” said Moretti.

She said although the bistro has been open since July 2011, recently—with the addition of her mother’s whimsical and colorful artwork on the columns—the place has found its soul.

Patricia Moretti, Adriana’s mother, is the great-great-niece of pre-Raphaelite painter Albert Moore. That and the 1920s black and white photographs, as well as images of Italy and Scotland, inject lightness and liveliness into the bistro’s atmosphere.

Perhaps that motivation to be inclusive has to do with Moretti and Montana’s own backgrounds. Moretti’s father started from being a peasant farmer in the small town of Pareto, in Piedmont. He came looking for work in Scotland and, over the years, rose through the ranks to become a master sommelier and wine director at the grand Gleneagles Hotel.

What is it that drew so many Italians to Scotland in the first place? “When you think about the Romans and the Scots, they have a lot in common, you know, … the fuerza … you know the Italians resonated with that level of disobedience and … anarchy that Scots have,” Moretti said.

As for Montana, at the age of 4, his mother abandoned him and his two siblings, aged 2 and 6, on the street. No one came to claim them or wanted them, he said, “We were dark kids,” he said, referring to their dark hair, as Italian-descended children, and dark skin.

After years of abuse at the hands of nuns and in children’s homes, Montana was reunited with his grandmother at age 15. But a real sense of family really came with his first job at a restaurant. He was now in the world of old-school fine dining, and found a model figure in Renato Paladini, the owner, who was hard but fair.

When Moretti looks at her husband, she finds that he’s grown to take on his old mentor’s mantle.

So, what was the impetus behind the name Incognito?

“It might look expensive, but look at the menu we’re completely accessible,” explained Moretti. Judging from the offerings, it surely isn’t going to be incognito for long.

Add sliced mushrooms to a hot pan with a little truffle oil. Add a tablespoon of the purée, heat through, add the spaghetti to pan, toss, and serve.