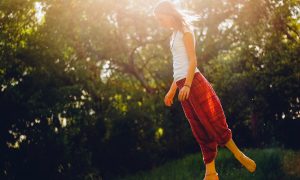 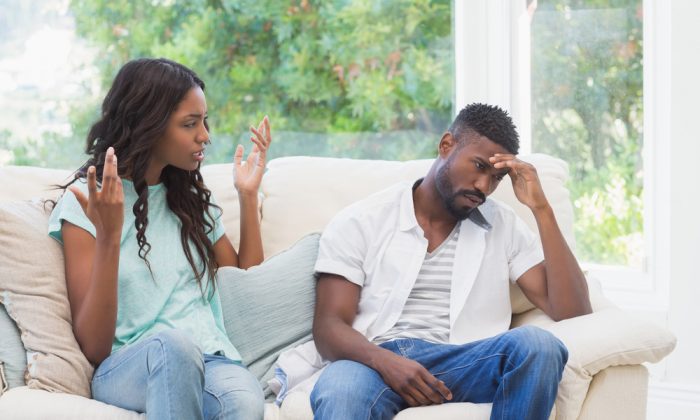 One powerful way to break out of conflicts with people, even long-term conflicts, is to start seeing their cyclical, mutually reinforcing patterns. (Shutterstock)
Family & Home

When people are in conflict with each other, they tend to see the conflict in terms of finding fault. They ask whose fault it is, and who is right and who is wrong. The answer is almost always, “It’s not me, it’s them!”

One powerful way to break out of conflicts with people, even long-term conflicts, is to start seeing their cyclical, mutually reinforcing patterns. In other words: It’s not you, it’s us! Let me give you an example of a typical but fictitious couple.

Milton and Sue come into my office because they have been fighting so much that they don’t know if they can keep their marriage together. They are both worried that getting a divorce would be dire for their three children, but they don’t know if it’s even worse for the children to see them fighting all of the time. They each describe to me how they see the problem.

Sue sharply says that Milton never pays any attention to her or thinks about her needs. She says that whenever she tries to talk to him, he either spaces out, complains that he’s too tired, or says he has too much work to do.

“Even when I can pin him down, he just placates me, but whatever I say just goes in one ear and out the other!” she complains. “We hardly ever do anything together and it’s been years since he’s gotten me anything special or taken a vacation. It seems like ever since we had the children, I’ve been completely forgotten and put on the shelf.”

She gives me a pleading look.

Milton then perks up. He says, “Sue is always so angry. I can never do anything right. Even when we do spend time together or I try to do something nice, all she does is complain about how it isn’t what she wants and I just give up. I’m just too little, too late.”

He drops his head in his hands in a gesture of resignation.

Sue and Milton don’t agree on much, but they are both right about one thing. If they dissolve the family, it’s the children who will suffer the most. According to the Institute for Family Studies. “Children who experience the divorce of their parents, on average, are at greater risk—usually two to three times greater risk—of a wide range of problems, including emotional insecurity, loneliness, peer pressure, illness, poor school performance, loss of faith, and divorce later in life.”

So Who Is Right?

Is Milton too checked out of the relationship or is Sue too demanding and critical? Trying to figure out who is right is exactly what blocks us from seeing the situation clearly.

The first step in breaking out of conflict with someone is to start to see relationships as patterns of cyclical interaction. We act and react to each other in predictable and reciprocal ways. Our actions call to each other for responses. If I criticize you, I am calling for you to defend yourself. If I block out what you are saying, you will feel compelled to raise the intensity or volume of the message to get your point across.

The contents of our arguments may be different and the people involved are unique. However, the underlying structure of our arguments is often very similar. This allows us to identify patterns more quickly and intervene to change the pattern, without having to solve all of the problems on the surface.

The way that most people deal with conflict and disconnection can be broken into two basic strategies. One is to pursue, push, or try to confront the other party to the conflict. Another is to distance, withdraw, or try to placate the other person, usually while pushing aside our own wants and needs. Most people have a preference for one of these two strategies, but we may resort to both in different relationships or at different times in the same relationship.

Long-term problems often result when one person’s strategy intensifies the other’s and they become mutually reinforcing. Sue and Milton have a fairly typical self-reinforcing pattern. Sue is feeling ignored and neglected and she is pursuing Milton to try and have her needs met. Milton is feeling helpless and unable to make Sue happy, and he’s withdrawing to try and soothe his anxiety and his worries that he is an inadequate husband.

The more Milton checks out, the more Sue feels left out and pushes for closeness. The more Sue pushes, the further Milton withdraws to avoid Sue’s criticisms. It’s no wonder that they are stuck.

So what can they do about it?

While this is an example of a couple, similar dynamics underlie patterns developed in conflicts that take place among parents and children, other family relationships, and friends and co-workers. In any relationship where you are currently experiencing tension, try to identify your thoughts that point the finger of blame at the other person. See if you can step back and identify the larger pattern going on between you. Who is pushing? Who is pulling away?

You can repair these rifts with patience, compassion, and a more global view of the problem.

Michael Courter is a therapist and counselor who believes in the power of personal growth, repairing relationships, and following your dreams. He can be reached at mc@CourterCounsel.com. His website is CourterCounsel.com.