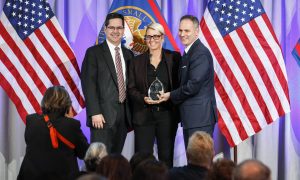 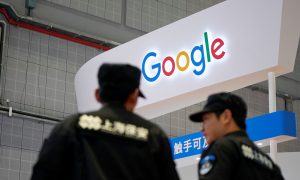 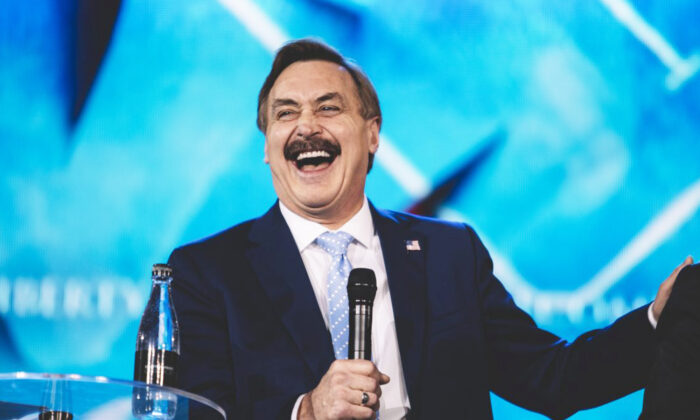 ‘It Was Divine Intervention’: Founder of MyPillow Mike Lindell Went From Crack Addict to CEO

The CEO and founder of “MyPillow,” Mike Lindell had always had a hard time sleeping. One night, he dreamed of a pillow that would not lose its shape, which turned into a multi-million-dollar company that makes pillows.

Yet, it was a tough road to success, a large part of which included battling with addiction. The 58-year-old, from Chaska, Minnesota, and his company started out with only five employees, yet it soon grew to over 500—and the specialty pillows were all made in America.

It was also a journey that led Mike Lindell to God, and more recently, to the White House.

Once a shy and envious young man who watched his friends from high school moving up in life, Lindell tried several unsuccessful businesses: cleaning carpets, running a lunch wagon, and even counting cards at a casino, for which he was literally thrown out.

In the 1980s, Lindell eventually became a bar owner but was also a “pretty hardcore cocaine addict” at the time, he admitted, a habit that almost led to his demise.

However, Lindell gradually turned his life around when an idea appeared in his dreams one night in 2004. Lindell, who often had a hard time sleeping and never liked any pillow that he owned, got some sudden inspiration at around 2 or 3 a.m.

Lindell dreamed of a pillow that would not lose its shape. That night, he began to draw designs for a logo for a brand called MyPillow. He recalled how his daughter walked into the room while he had logos strewn all over the place.

“I’ve got this idea for this pillow. It’s called ‘MyPillow,’ what do you think about it?” Lindell recounted having told her. “She looks at me and said, ‘That’s really random Dad,’ and she went back downstairs.”

Lindell says that his inspiration came “from God.” He and his son Darren spent months cutting out foam and working on a prototype for a pillow that would not lose it shape. He also learned to sew.

When at last he had a product that was ready, he walked right into Bed Bath and Beyond and asked the manager how many they would like. They responded by showing him the door.

Yet, Mike didn’t give up. Eventually, his brother-in-law’s brother suggested that Lindell open a kiosk in a mall. So, he contacted his ex-bookie to borrow money to set up the kiosk.

At the mall, a customer, who was very impressed with his MyPillow product and ran a large home and garden show, invited Mike to set up a booth. Mike agreed and set up a booth at the show, and soon sales took off.

Unfortunately, though Mike had achieved business success, he had not yet beaten his addiction. He soon developed a crack cocaine habit that almost ruined his life. Mike Lindell lost his marriage. He lost his house and almost lost his new business.

There were several turning points in Lindell’s life that saved him from his addiction. One came from an unlikely source in March 2008 during a particularly reckless crack binge where he didn’t sleep for two weeks; Lindell’s own drug dealers staged an intervention for him. They refused to sell to him.

They said, according to “Life, Liberty and Levin,” that they were not about to let Mike die, as he had always touted MyPillow as a platform for promoting God to help his fellow drug-involved friends out of their addiction and dealings, though Mike was in fact in the same boat they were in.

And so, it was during that intervention when his drug dealers refused to sell to him that an opportunity presented itself to Mike.

The drug dealers quickly spread the word on the street that no one was to sell to Lindell, and despite looking high and low for another hit, nobody would sell to him.

When he met his drug dealer again, his dealer took a photo of Mike and said, as Mike recalled, “You’re going to need it for that book you’ve been bragging about, telling us you’re going to write … we’re not going to let you die on us.” It was unlikely encouragement that Mike was meant for something greater.

Eight months later, on Jan. 16, 2009, Mike traversed yet another turning point. Lindell got a feeling in his heart that he was about to lose his “platform for God” and said a prayer asking God to free him from his desire for the drug. The next morning, he woke up and felt no addiction at all. He calls it a “miracle.” And from there, he never looked back.

However, MyPillow still hadn’t yet reached the height of its success.

In another dream in 2011, Lindell found inspiration to do an infomercial. In front of the camera, Mike was unable to use a teleprompter, and in his open and outgoing way, he ad-libbed his way through the ad and became very well known as the “pillow guy” on TV.

Within 40 days, the company went from having five employees to 500 employees. Among his staff were his kids and eventually his friends who were also former addicts. Within 12 years of the company’s inception, sales had gone from $100,000 to a staggering $300 million per year.

Eventually, however, Lindell’s business came under fire for what he calls political reasons, due to his support for the president. California authorities accused his business of “unsubstantiated” health claims about his product. The Better Business Bureau revoked his A-plus rating for his year-round specials.

As a result of this pressure, Mike and MyPillow were forced to change their advertising and lay off staff. However, soon the business was back on track.

Yet, Mike confessed to “Life, Liberty Levin” that his final turning point toward God didn’t transpire until Feb. 18, 2017, at the US Bank Stadium, where he spoke live to 50,000 millennials, where he knelt down and prayed, and inspired countless young people with his story.

Mike’s success in business and his conservative viewpoints led him to speak at CPAC pack in 2019. And it was those same views that brought him to the White House in 2017, where he sat next to the president, along with a number of other CEOs from around the country.

Lindell entered the political limelight again in March 2020 when he found himself in the Rose Garden at the White House, where he shared some “off-the-cuff” words with the American people on live TV for them to take this opportunity during the current pandemic to stay at home and read the Bible and spend time with family, which drew fire from media outlets, who criticized his flagrant and openly religious statement.

Yet, it is precisely that candid, honest, and open expression of faith and inspiration, which, at least to him, was proven out in his own life, that makes Lindell’s story so compelling and the story of MyPillow so endearing.

“I look back now, and I go ‘the only way that we were able to do that was divine intervention,’” he told CNBC.

Many of the events in this story are based on the life experiences as told by Michael J. Lindell.