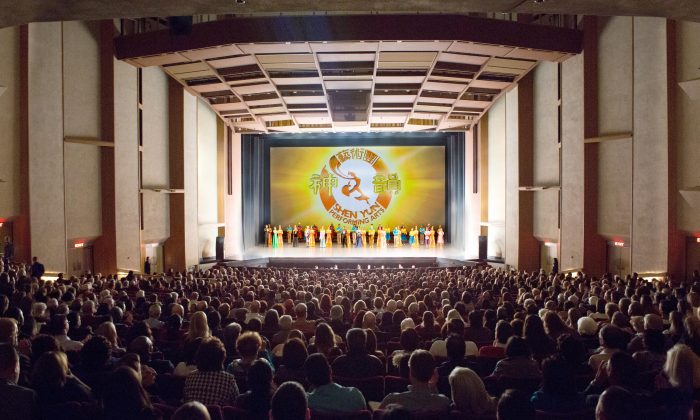 Investor: Shen Yun Brings You Into Another World

SACRAMENTO, Calif.—The curtains rose on Shen Yun Performing Arts’ opening night in Sacramento, and seemed to transport the audience to another world, on a journey through 5,000 years of Chinese civilization.

Mr. Richard Fecteau, owner of a real estate investment firm, said listening to the music and taking in the artistry of the set, “You feel like you’re in another country.”

“You feel like you’re brought into another world, flying through the space and through the time,” Mr. Fecteau said at the Sacramento Community Center Theater, Jan. 14.

The production was unlike any other Mr. Fecteau had seen, and had given him an appreciation for how diverse the Chinese culture is.

Ms. Nicole McDonald, who works in real estate, attended the performance with Mr. Fecteau. A friend from the Asian Chamber of Commerce had recommended it, and she was delighted with the sense of connection she felt.

“It’s uplifting and it gives me a sense of everybody having a connection that’s meaningful,” Ms. McDonald said.

Ms. McDonald had seen universal themes throughout the performance, and said it showed that all people want the same things, such as peace on earth.

Ms. McDonald was especially moved by soprano Yuning’s original composition, sung in the bel canto style, and said she was uplifted by the message that all people made a vow with the Creator, coming down to the earth from heaven.

“[It’s about] why we plan to be here, and that there’s a greater and higher purpose for all of us here on earth,” Ms. McDonald said. “There’s no need to fear anything or anyone.”

Out of This World

Shen Yun was also an “out of the world” experience for Ms. Dawn Wingerd, retired business owner, who attended the performance with her friend Ms. Nell Devine, who used to do accounting for the State of California.

“It was very exciting; it was very out of this world-ish,” Ms. Wingerd said. “Ethereal.”

The colors, costumes, artistry, and mission had blended together to create the experience for Ms. Wingerd.

“Amazing,” Ms. Wingerd said repeatedly. “Very, very magnificent … the costumes, their dancing, the movements were so smooth and beautiful. It was just magnificent, beautiful.”