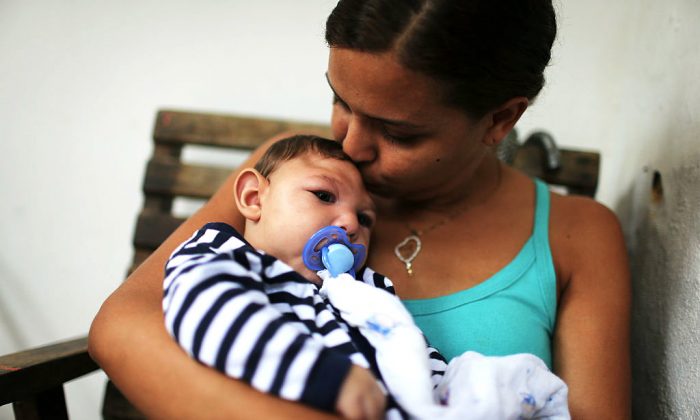 Earlier this year the Centers for Disease Control (CDC) confirmed that the mosquito-borne Zika virus causes severe birth defects, in particular microcephaly—a disorder characterized by an abnormally small head and a damaged brain.

While many scientists are working to understand more about Zika, Dr. Stephanie Bielas, assistant professor of human genetics, neuroscience, and cell and molecular biology at the University of Michigan Medical School, has focused her attention on understanding the mechanisms behind microcephaly.

Bielas and her team recently published two papers in the American Journal of Human Genetics that reveal new findings about a key protein involved in the process of human brain development.

The Lethal Suspects for Microcephaly in Brazil, With Zika Virus at the Bottom of the List

Although these studies did not involve Zika-related microcephaly, they may provide clues to how the Zika virus triggers the disorder.

Problems in the Developing Brain

Bielas is quick to point out that there are two main categories of microcephaly: primary and secondary. Primary microcephaly is apparent at birth, or may even be detected in an ultrasound before birth. This is the most severe kind.

In secondary microcephaly, children look normal at birth, but as they get older, their head circumference does not grow as large as that of their peers.

“There are two different mechanisms at work for each,” said Bielas. “Primary microcephaly is the kind we are investigating and the one people are looking at with Zika virus infections. Primary microcephaly is the result of altered proliferation and the ability of stem cells to become mature neurons. I think Zika virus is altering those same developmental mechanisms.”

Several studies have shown that primary microcephaly is associated with a disruption of neural stem cells. These cells typically undergo rapid division and proliferation during fetal development. However, if cell division is stunted at this critical time, the brain and head cannot grow to normal size.

Bielas says that until recently, researchers have had to rely almost exclusively on animal models to understand this process, because it is ethically impossible to study human brain development directly. While animal models provide valuable insight, they don’t tell the whole story.

“Whenever we found human genes that had mutated, many times we would have to go to a lower organism, like a mouse, and see if that same mutation led to cell biology so that we could then infer that it happened in humans,” Bielas said.

“One of the problems with mouse models is that even though you have a really profound phenotype in humans, you don’t see that phenotype in mice. That suggests that there are some molecular or developmental mechanisms that are very different between mice and humans.”

One example of this is ASPM (abnormal spindle-like microcephaly-associated protein). The ASPM gene is the most commonly mutated gene in primary microcephaly in humans and is strongly linked to severe cases. However, mouse models for ASPM gene mutation only reveal a very mild microcephaly, at worst.

Funded in part by the National Institutes of Health, Bielas and her team are working with a new tool to understand human brain development. It can identify uniquely human biological mechanisms, while still managing to stay within ethical boundaries.

Since they can’t peer into actual living fetal brain tissue, scientists grew some of their own. With parents’ permission, researchers took skin cells from children born with microcephaly and transformed them into stem cells, which were then developed into neural progenitor cells—the kind that rapidly divide in a developing embryo to become a human brain—and grown to form a cell mass scientists could study.

Animal models of microcephaly have previously identified a genetic defect in a protein known as citron kinase (CIT), which is necessary in cell division. Think of CIT as the force that pinches the cell membrane so that it can become two cells. When a second nucleus is formed and the cell is getting ready to split, CIT helps sever the connection.

For the first time, Bielas and her team have been able to show that a CIT defect occurs in human microcephaly as well. Observing neural progenitor cells dividing in a dish, researchers noticed that they took longer to divide, and many cells couldn’t divide at all.

“Not only was there a proliferation defect, there was a lot of cell death. One reason why the brain is smaller is that the cells aren’t surviving. When we looked at post-mortem tissue from microcephaly-affected babies, we were able to confirm this because not only is the brain much smaller, you see lots of neurons with two nuclei, and some with more,” Bielas said.

The study represents the first step in understanding biology that is uniquely human. Considering that nearly all of the data available today used to identify human gene mechanisms have come from mouse models, there are still a lot of differences left to investigate.

“I think it’s going to have a big impact on how we think about testing treatments or identifying effective treatments for human disorders,” Bielas said.