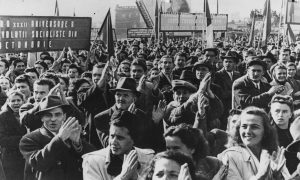 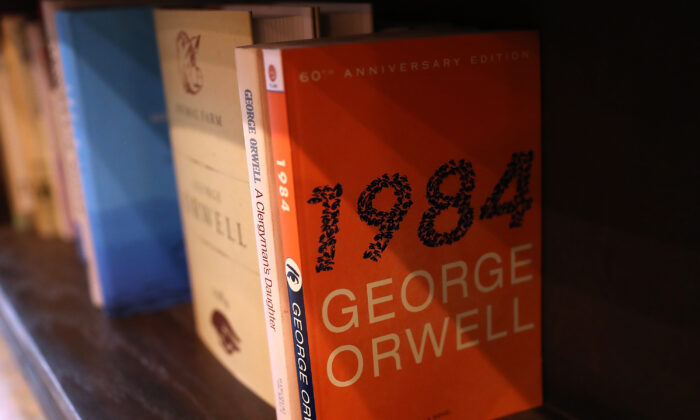 Inoculating Our Children Against Socialism

For the first time in our history, many politicians and candidates label themselves socialists, as if that title were a badge of honor. Many of their young constituents doubtless find something just and romantic in the idea of socialism. Some believe, too, that socialism would provide them with “free” education, “free” medical care, and in some cases, a guaranteed income.

To those of us who stand opposed to a government-controlled economy, this thinking seems at times infantile, and also dangerous. The bloody history and economic failures of socialism—here I include fascism—and of communism in the 20th century should rebuff the starry-eyed.

And yet socialism is growing in its appeal.

So how do we combat that disease, other than in the voting booth?

Here is one small way to begin: education.

We start in our homes with our children. It doesn’t matter what schools they attend—public, private, or homeschools. Through reading and discussion in the home, we can teach our young people of all ages the evils of socialism. Below are just a few possibilities.

1. “The Little Red Hen” This nursery room tale imparts the same lesson taught by Captain John Smith to the idlers of Jamestown: “He that will not work shall not eat.” We can aid the impoverished, the disabled, and the jobless among us, as we do now, without resorting to the evils of socialism. The Little Red Hen teaches the values of initiative and work.

2. “The Children’s Story” In 1989, novelist James Clavell published this short, frightening tale of what might occur in an American classroom taken over by socialists. Given the current state of American education, many might argue that “The Children’s Story” has already occurred. Here is a good book for the family to share, a timely warning about the dangers of dictatorship in our modern age.

3. “The Gods of the Copybook Headings” “Robbing selective Peter to pay for collective Paul:” So writes Rudyard Kipling in this poem. “Copybook headings” refers to certain morals or inspirational quotes printed at the top of a student’s copybook in the 19th century. The poem reminds us of the eternal verities, like two plus two equals four. Socialism is not one of those truths.

4. “Animal Farm” George Orwell’s classic rebuttal of Soviet communism can be easily read and understood by middle-school students. In this allegory, Orwell demonstrates that the real beneficiaries of socialistic and communistic governments are the planners and bureaucrats. Like the communists in Russia, the pigs in this novel become even worse oppressors than the farmer they drove away.

5. “Tanstaafl” An acronym for “There ain’t no such thing as a free lunch,” probably coined by Robert Heinlein in his novel “The Moon Is A Harsh Mistress.” “What you get, you pay for,” Heinlein wrote. True in 1966 and true now.

6. “I, Pencil” Leonard Read’s explanation of how an ordinary pencil comes into being and appears on store shelves remains a classic explanation of the workings of free enterprise and the “invisible hand” that brings our goods to market.

7. “1984″ Back to George Orwell. Every high school student in our country should read “1984.” Published in 1949 as “Nineteen Eighty-Four,” this novel introduced words like Big Brother, newspeak, and unperson. From communist China’s “social credit” policy to our practice of political correctness in the digital age, we are fulfilling some of Orwell’s prophecies.

8. “Darkness at Noon” Arthur Koestler’s masterpiece regarding the show trials under Stalin, a scenario we are currently reliving in the efforts to impeach President Donald Trump. In this novel, Nikolai Rubashov, a revolutionary past his prime who has run afoul of the system, gets a bullet to the back of the head. Today we are more civilized. We dox those we dislike, de-platform them, or smear their reputations.

9. “The Black Book of Communism” Here the authors dig into the “Crimes, Terror, and Repression” of communist regimes in the 20th century. From the time of the Russian Revolution in 1917, communism worldwide has killed up to 100 million people and deprived millions more of basic human rights. Time to end that madness.

10. “The Politically Incorrect Guide to Socialism” Chapter Two of Kevin Williamson’s examination of collectivism is titled “Yes, ‘Real Socialism’ has Been Tried—And It Has Failed.” Yep. It has been tried in Russia, China, North Korea, Venezuela, and dozens of other countries, and always it has failed. Why on earth anyone wants to repeat the experiment here in the United States is unfathomable.

It’s time to bury socialism forever. Using these resources and others, we may yet reverse this move toward a failed ideology that increases poverty, represses freedom, and gives control of the economy and the government to a small set of elites.

Jeff Minick has four children and a growing platoon of grandchildren. For 20 years, he taught history, literature, and Latin to seminars of homeschooling students in Asheville, N.C., Today, he lives and writes in Front Royal, Va. See JeffMinick.com to follow his blog. This article was originally published on Intellectual Takeout.