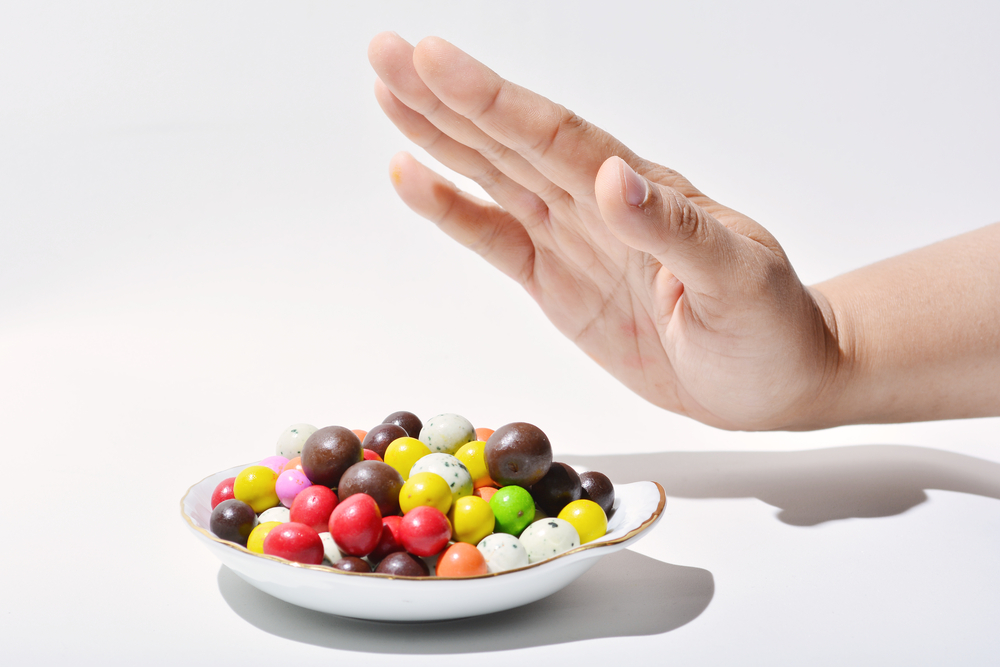 Gymnema sylvestre is the Latin name for a vine native to the forests of southern and central India. The leaves of this herb have been used in traditional Ayurvedic medicine for at least 2,000 years. It is primarily used to treat diabetes and other issues related to sugar.

Gymnema’s Hindi name, gurmar, literally translates to “sugar destroyer.” It’s a bold claim, but anyone who tries gymnema will consider it a worthy title. Once the herb touches your tongue it kills the ability to taste sweetness for about an hour and a half.

Sour, bitter, and salty can still be experienced, but sweet is mysteriously removed from the palate. Under gymnema’s influence, familiar foods like fruit, candy, or cookies become foreign and unappetizing. Without sweet, chocolate is a waxy, bitter substance. An orange slice tastes like a weak lemon. Cake becomes a bland, spongy bread.

With this trick alone, gymnema offers a safe technique for weight management—sugary treats hold little power once sweetness is gone. However, taken regularly gymnema may also repair the damage caused by sugar excess as well.

Dry gymnema leaf can be purchased to make tea or tincture. However, if you prefer not to temporarily impair your taste for sweet, gymnema also comes in tablets or capsules. In pill form the herb does not make contact with the tongue, but it can still help curb sugar cravings and balance blood sugar.

Studies on gymnema are small, and how it works remains somewhat of mystery, but what research has observed is that this herb can help normalize blood sugar levels by slowing the release of glucose into the blood stream. It also appears to encourage insulin production. One study showed that subjects with type 1 diabetes required less insulin when they were taking gymnema extracts.

Research suggests that gymnema may heal and even regenerate the cells of the pancreas—the organ responsible for insulin production and blood sugar regulation. Gymnema can be used alone or in combination with other herbs known to benefit blood sugar, such as cinnamon and fenugreek.

Some herbalists use gymnema to reduce the need for insulin drugs. Consult your doctor, and a health care practitioner who is confident with their gymnema protocol before changing your medication.

Gymnema also addresses another aspect of sugar consumption: yeast. A high sugar intake can encourage the proliferation of a common yeast fungus known as Candida albicans, leading to symptoms such as fatigue, poor digestion, and brain fog. A 2013 study found that gymnema actually impaired candida development.

Gymnema is non-toxic, and has been used safely for thousands of years, but effects beyond a temporary loss of sweetness require twice daily doses for several months. Tablet and capsule strength range from 200 mg to six grams. Recommended daily doses may be as high as eight grams or more.

Gymnema has other uses beyond sugar issues. The leaves are also used to improve digestion, treat urinary infections, maintain healthy cholesterol and triglyceride levels, and relieve constipation. The Sanskrit name for the plant, meshasringa, means “ram’s horn” referring to the shape of the bitter fruit which is also used to treat diabetes, as well as parasites. The roots are used for snake bite.