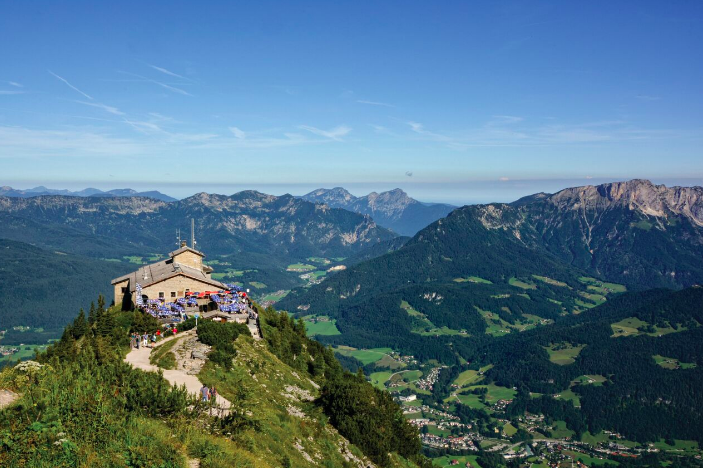 In the Footsteps of World War II Heroes

This fall, the National WWII Museum is offering a tour of Europe following in the footsteps of Easy Company, the 506th Parachute Infantry Regiment, 101st Airborne Division, made famous in the HBO miniseries “Band of Brothers,” based on Stephen Ambrose’s book of the same name.

The immersive tour, “Easy Company: England to the Eagle’s Nest,” will start out in Aldbourne, England, where the company prepared for the invasion, taking guests to the beaches and hedgerows of Normandy, the foxholes surrounding Bastogne, and the top of Hitler’s Eagle’s Nest in Germany. Along the way, locals like the Renaud family in Sainte-Mère-Église, Normandy, recount memories, such as seeing paratroopers falling out of the night sky.

Actors from the series, including Dale Dye (who played Col. Robert F. Sink) and James Madio (Technician 4th Grade Frank Perconte), will accompany the tour, alongside Easy Company veteran Brad Freeman, who was wounded by shrapnel outside Bastogne during the Battle of the Bulge.

The tour will take place Oct. 6 to Oct. 18. Prices start at $6,495 per person, based on double occupancy, including luxury accommodations, airport transfers, most meals, and activities. Dates for 2019 are May 1, June 10, June 24, Sept. 23, and Sept. 28 (special guests to be confirmed). NationalWW2Museum.org