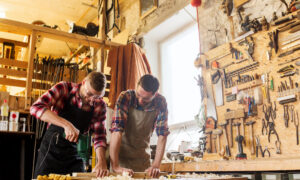 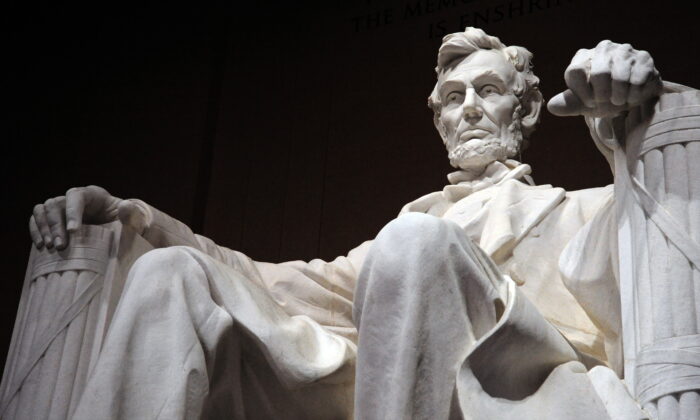 A hero for all time: The statue of the 16th president of the United States, Abraham Lincoln, is seen inside the Lincoln Memorial in Washington on Feb. 12, 2009. (Karen Bleier/AFP via Getty Images)
Literature

In Need of Inspiration? Let’s Visit Some Heroes From Our Past.

When we think of contemporary heroes, figures we admire for their courage when confronted by physical danger or who defend goodness and justice at great personal sacrifice, we may remember such people as the first responders who charged into the Twin Towers on 9/11 to rescue those trapped inside. Perhaps we’ve read of the exploits of the soldiers who performed bravely on the battlefields of the Middle East over the last 30 years and who often saved the lives of their comrades. Or maybe that woman who stuck by the truth she posted on Facebook despite all the hatred and calumny thrown at her comes to mind.

We may have witnessed heroism in our own community: the cop who drags a man from a burning vehicle, the mom who stands up alone before the school board to voice an unpopular opinion, or the teenager who defends his younger brother from a mob of bullies.

In the summer of 1970, I had the privilege of meeting a recognized hero, Captain Paul Bucha, winner of the Congressional Medal of Honor in Vietnam, at the United States Military Academy. Another cadet asked Capt. Bucha to tell us how he’d won the medal. Bucha smiled at him and then said, “I’m a lover, not a fighter.”

In my eyes, that mild refusal to answer added another layer of gold to Bucha’s medal.

But where do we turn if we still feel a longing for role models, exemplars who might stiffen our spines and serve as guiding lights in the face of hardship? Where else can we find men and women of virtue and honor who rouse our admiration and infuse us with courage?

It’s simple, really. We step into the past.

In “A Worse Place Than Hell: How the Civil War Battle of Fredericksburg Changed a Nation,” biographer and Pulitzer Prize winner John Matteson focuses on five Americans associated with this December 1862 murderous clash between the armies of the North and the South. Future Supreme Court Justice Oliver Wendell Holmes Jr., writers Walt Whitman and Louisa May Alcott, and army chaplain Arthur Fuller stood with the North; the young John Pelham served as an officer in the horse artillery for the South.

The day after receiving his discharge from the Union Army, Fuller acquired a musket and convinced his superiors to allow him to take part in the fighting in Fredericksburg. Walt Whitman and Louisa May Alcott worked as nurses in hospitals in the aftermath of this vicious fighting, and both, particularly Alcott, were broken in health from those duties and suffered what today would be called post-traumatic stress disorder. The previously twice-wounded Holmes spent the battle in a hospital tent, “stretched out miserably sick with dysentery.” Meanwhile, Pelham performed brilliantly during this engagement, holding up a large part of the Northern advance with two cannons. A few months later, he would fall on another Virginia battlefield.

Also included in this fine history are excellent portraits of Abraham Lincoln; Southern cavalier Jeb Stuart; Walt Whitman’s brother George, who was one of the first to enlist in the Union Army in 1861; and other figures involved in the war in the last half of 1862.

This company assembled by Matteson provides us with several individuals who might inspire us by their sacrifices during America’s bloodiest war.

The agonies and emotional scars suffered by Louisa May Alcott during this conflict, the consequence of her service as a nurse in Washington, D.C., were new to me. We remember Alcott today for her novels for young readers—I used to teach “Little Women”—but I had no idea of the trauma and illness she underwent in trying to help wounded and dying soldiers. She served only three months in the wards, fell ill with typhoid, and was accompanied home to Boston by her father, where for a time she was out of her head with fever and with the horrible memories of the blood and anguish she’d witnessed in the infirmary. She never again fully recovered her good health.

As I made my way through Matteson’s history, I found Alcott’s courage and perseverance both heartrending and inspirational. In addition to the hardships she endured as a nurse, she was afflicted with bouts of depression in her earlier years, deeply affected by a sister’s death, and worked in various jobs to help her mother make ends meet in the wake of her father’s poor financial decisions.

Here was a spirit from the past who had bravely faced a mountain of troubles and kept on climbing.

Today, some Americans heap contempt on those who fought for the Confederacy, in some cases tearing down statues of Southern soldiers and statesmen, or demanding that we erase their names from our history books. Here’s the problem with such deletions: When we participate in this reckless destruction, or unthinkingly support it, we render ourselves blind to the nuances of history.

John Pelham is a case in point.

In a letter home after fighting at Manassas in the first major battle of the war, this young man from Alabama described the terrible carnage of the fighting that day: “I have passed over the battle field and seen the mangled forms of men and horses in frightful abundance. Men without heads, without arms, and others without legs. All this I have witnessed and more, till my heart sickens; and war is not glorious as novelists would have us believe.”

But in the same letter, Pelham added: “We are battling for our rights and our homes. Ours is a just war, a holy cause. The invader must meet the fate he deserves and we must meet him as becomes us, as becomes men.”

Despite the cause for which he fought—his father was a slaveholder, a practice rightly considered an abomination today—Pelham believed that essentials like our rights and homes are worth fighting and dying for. In a time when some of our own freedoms seem under assault, Pelham stands as a reminder that the protection of our natural rights may demand costly sacrifices.

John Matteson titles the chapter in which he introduces Arthur Fuller “A Man of God.”

Like John Pelham, Boston minister Arthur Fuller believed so passionately in a cause that he willingly laid down his life for it.

Frail and missing an eye from a boyhood incident, Fuller nonetheless volunteered to serve as a chaplain in the Union Army. He joined the 16th Massachusetts, traveled with them to Northern Virginia, and tried to keep up the spirits of the soldiers and tend their wounds, yet was eventually sent home to Boston because of his poor health. When he later returned to his regiment, it was to say goodbye. He joined the men just before the Battle of Fredericksburg, delivered a final sermon and a farewell, and then, for reasons we will never fully understand, and with his discharge papers in his pocket, he put on the coat of a staff officer, picked up a musket, and died in the first day’s fighting.

In one of the few of his sermons ever published, Fuller said: “Faith which promotes a good life insures also a good death. … He who lives well always dies well.”

As Matteson tells us, those who knew Chaplain Fuller debated whether he should have joined the battle that day. That point aside, to my way of thinking, there can be little doubt that the man underwent what he might have called a good death, sacrificing his life for a just cause in which he so fervently believed.

Walt Whitman revered Abraham Lincoln. Matteson tells us that the poet saw the president on several occasions, and he left behind two poems memorializing Lincoln—“O Captain! My Captain!” and “When Lilacs Last in the Dooryard Bloom’d”—which remain today in our anthologies and schoolbooks. Like Arthur Fuller, John Pelham, and hundreds of thousands of others, Abraham Lincoln died as a martyr to a cause.

“A Worse Place Than Hell” reminds us of the terrible burdens borne by Lincoln during his presidency, the agonizing decisions he had to make, and the political storms in his cabinet and in the government with which he had to contend. By combining sketches of Lincoln and his troubled presidency along with Whitman’s impressions of him, Matteson gives his readers insights into Lincoln’s determination to persevere in his efforts to save the Union and later, to eradicate slavery.

When we’re going through tough times or beset by moral dilemmas, Lincoln can serve as an example of a man who kept to what he perceived as the right path.

When I was a kid, a series called “The Childhood of Famous Americans” captured my attention. I don’t know how many of those orange- or blue-bound biographies passed through my hands, ranging from Robert E. Lee to George Washington Carver to Betsy Ross, but I needed the lessons in leadership and life they taught, and their stories helped make me who and what I am today.

And even now, 60 years later and in my twilight years, I still find sustenance in reading about the great people from the past, their accomplishments, their struggles, and even their failures. Their stories encourage me to push ahead, to want to do the right thing, to become a better person. Louisa May Alcott, John Pelham, Chaplain Arthur Fuller, and a crowd of other Americans—their words and deeds can deposit a bit of steel in my spine and remind me of the good in the world, the ideals worthy of a fight, and the causes deserving my support and commitment.

These visitors from the past can lead us into the future.