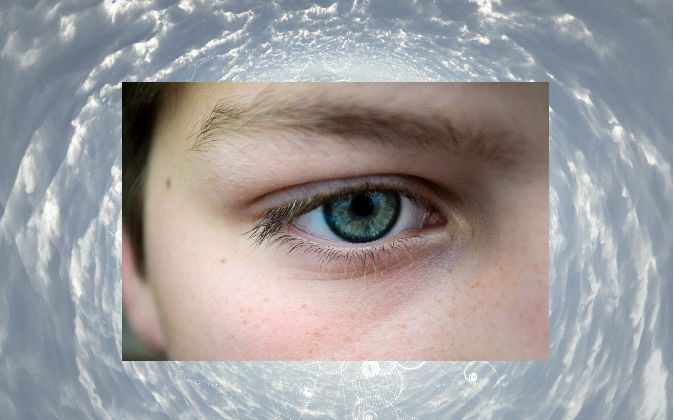 People who were blind from birth have had brushes with death in which they felt themselves leave their bodies and experience vision for the first time. For some, it seemed natural; for others, it was a confusing and shocking experience.

Many people experience this sensation of leaving the body during a near-death experience (NDE). A 1982 Gallup poll found that 15 percent of all Americans who had almost died (under widely varying circumstances) reported NDEs. About 9 percent reported the “classic out-of-body experience,” 11 percent said they entered another realm, and 8 percent said they encountered spiritual beings.

For blind NDEers, the visual perceptions add another level of mystery.

Some people say NDEs are hallucinations, though many who study NDEs refute this explanation. Hypoxia, or oxygen deprivation, is one often-cited cause. Another is rapid eye movement (REM) intrusion—when the REM associated with dreaming during sleep happens while one is awake.

One of the researchers who disagrees with these explanations is Robert Mays, who has studied NDEs for about 30 years. He explained during a talk at the 2014 International Association for Near-Death Studies conference that NDEs are very different from the experiences usually reported under the conditions of hypoxia and REM intrusion.

Mays said: “NDEers almost always report that they have had a hyper-real experience that far outshines our ordinary, conscious experience—that they felt the NDE realm was their true home, permeated by unconditional love, and that they are no longer afraid to die.”

Studies have shown that when blind people dream, they don’t see. Yet in NDEs, studies suggest blind people often see.

Studies have shown that when blind people dream, they don’t see. Yet in NDEs, studies suggest blind people often see.

For example, one study on how blind people dream was led by Amani Meaidi at the University of Copenhagen and published in the journal Sleep Medicine in 2014. They found that none of the participants who were blind from birth reported visual impressions in their dreams.

For participants who could see earlier in their lives, the more time that had passed since they had lost their sight, the less likely they were to report visual impressions in dreams.

A study of blind NDEers led by Kenneth Ring at the University of Connecticut in the 1990s found that 15 out of 21 blind participants reported some kind of sight, three were not sure if they had visual perception, and the remaining three did not see anything. Half of those who were blind from birth said they saw something.

The uncertainty of some may have had to do with the unfamiliar nature of vision for those who have never experienced it.

The uncertainty of some may have had to do with the unfamiliar nature of vision for those who have never experienced it, combined with other unusual qualities of NDEs. Even NDEers who are not blind sometimes have trouble explaining the experience, which seems to transcend ordinary life in many ways.

One man, blind from birth, told Ring that he found himself in a library with “thousands and millions and billions of books, as far as you could see.” Asked if he saw them visually he said, “Oh, yes!” Did he see them clearly? “No problem.” Was he surprised at being able to see thus? “Not in the least. I said, ‘Hey, you can’t see,’ and [then] I said, ‘Well, of course I can see. Look at those books. That’s ample proof that I can see.'”

Vicki Umipeg, whom Ring interviewed and who has also spoken of her experience in various media interviews, had an overall pleasant NDE, but did describe being suddenly able to see as “frightening.”

She was 22 years old, working as a singer at a nightclub in Seattle. She couldn’t get a cab after work one night, so she accepted a ride from some intoxicated patrons. The car crashed while she was in it. She suffered serious injuries, including a fractured skull.

She felt that she had left her body and floated up toward the ceiling in Harborview Hospital. She heard a doctor talking about the possibility that damage to her eardrum could make her deaf as well. She could see a doctor leaning over what she realized must be her body below. She had never seen her own body.

Pulled through a tunnel, she emerged in a place with grass and people of light, she said. In an interview for the BBC Documentary “The Day I Died,” Umipeg said, “I felt overwhelmed by that experience, because I couldn’t really imagine what light was like.”

Umipeg was born prematurely and became blind as a result of too much oxygen in the incubator. She said that, during her NDE, “It was wonderful to be out there and be free, to not worry about bumping into anything.” If she wanted to know something, the knowledge would come to her. When she returned to her body, she said, “It was excruciatingly painful and very heavy.”

Ring noted that Umipeg often used vision-oriented words even outside of her NDE descriptions. For example, she would talk about “watching” television, or use phrases like “look at this,” which she wouldn’t mean literally. Ring wrote: “Although this observation does not necessarily invalidate the testimony in our reports, it does send up another amber flag of caution when it comes to the interpretation of the narratives of our blind respondents.”

The language of vision may have been used by blind study participants to describe some sense that is hard to put into words, he concluded.

He cited the response of one participant who was uncertain whether he had vision in his NDE: “I think what it was that was happening here was a bunch of synesthesia, where all these perceptions were being blended into some image in my mind, you know, the visual, the tactile, all the input that I had. I can’t literally say I really saw anything, but yet I was aware of what was going on, and perceiving all that in my mind. . . . But I don’t remember detail. That’s why I say I’m loath to describe it as a visual.”

Ring concluded: “In answer to our earlier question as to what these individuals experience, if not seeing, we submit that it is transcendental awareness, a distinctive state of consciousness and mode of knowing in its own right, which is operative in blind and sighted persons alike during their experiences and which now stands in need of explanation.”