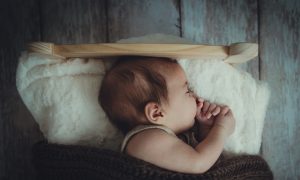 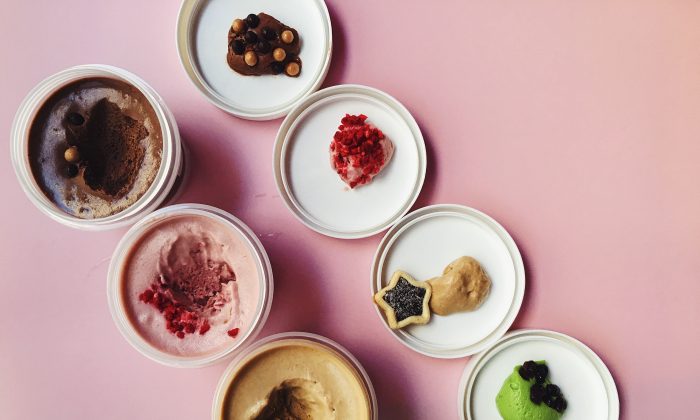 That ice cream breakfast made me the most popular grandfather, if not in the world then certainly on Emerald Isle. (Ho Hyou on Unsplash)
People

Most of us practice certain traditions. We gather around a cake topped with candles and sing “Happy Birthday.” We grill out burgers and brats on Memorial Day. We pop off some fireworks on the Fourth of July, we eat turkey and stuffing at Thanksgiving, and whether our ancestors hailed from Ireland, Germany, or Japan, we can, if we wish, wear something green on Saint Paddy’s Day.

Within our families, we may share special traditions. Sometimes it is as uncomplicated as setting aside Saturday evenings for family movie time or whipping up the fixings for “Taco Tuesdays.” Sometimes we establish more elaborate ceremonies. Whenever each of his sons turned 16, one dad whose children I taught would gather other men and his son’s friends around a bonfire, and have each of the older men read a personal statement about what it meant to be an adult.

Tradition, derived from the Latin “trado,” to hand over, helps bind families together. Children love the annual trek with Mom and Dad to the Christmas tree farm. Mom and Dad relish the Sunday afternoons spent with Mom’s sister and her large family, the adults sitting around the smoking grill, talking, and drinking wine or beer while the children charge around the backyard kicking a soccer ball.

Instituting a new tradition can also bring generations together.

For several years, I gave birthday presents—Nerf guns, miniature cars, bows and arrows—to my young grandchildren, and quite often those gifts would be broken before the day was out. Not only did these gifts expire quickly, but I knew that a 6-year-old would never remember 50 years later that I had given him a toy fire truck, no matter how shiny and red.

So what to do? What sort of gift would be both unbreakable and memorable?

Dinner in our local Asian restaurant.

For the last three years, whenever a kid’s birthday rolls around, Grandpa and the birthday celebrant—sometimes celebrants, as in the case of my twin granddaughters—hop in the car and drive north of town to China City Buffet. Here are all the usual dishes: chicken, pork, beef, fried rice, steamed broccoli, egg drop soup. The oldest grandson erects a hillock of sushi on his plate. The other kids pile up an assortment of chicken, noodles, and veggies. This year I even took my grandson to the buffet when he turned 2. The kid stunned me when he spurned everything from Jell-O to chicken fingers and chowed down on fried mushrooms. And of course everyone likes the ice cream and cookies.

Twelve years ago, when I sold my house and moved into an apartment with my eleven-year-old son, I wanted to have some way for my children, their spouses, and a growing number of grandchildren to gather once a year. So began the tradition of renting a beach house for a week during the summer. As the family grew, so did the houses we rented. Each year we went to Emerald Isle, North Carolina, where we enjoyed not only the sun, sand, and water, but also a grand time of visiting and catching up. Circumstances have prevented that get-together for the last three summers, but next summer we are determined to make it happen again.

I have saved the best for last.

When I mentioned the beach trip to a friend, she grinned and reminisced about her mother’s “ice cream breakfasts.” For many years, her family had also gathered at the coast. On one morning of their vacation, her mother would serve up an ice cream breakfast, which included several flavors of ice cream along with a dozen or so healthy—and sometimes not so healthy—toppings like strawberries, bananas, nuts, sprinkles, and chocolate syrup. “If you want to be the most popular grandpa on the planet,” she told me, “make an ice cream breakfast.”

And so another tradition was born.

Early one morning while at the beach, I went to the grocery store, filled several bags with the necessary accouterments, returned to the house, and had the parents maintain crowd control while I arranged serving bowls of berries, chocolate chips, bananas, crushed Oreos, and a dozen other toppings on an island table. The excitement among the younger crew was approaching the explosive stage when I managed to line up the kids youngest to oldest and then turned them loose. By the time they had finished, that island table was a wreckage of satisfied appetites.

And my friend was right. That ice cream breakfast made me the most popular grandfather, if not in the world then certainly on Emerald Isle. (All right, all right, I confess: that popularity didn’t extend to the parents, who accused me of giving their offspring “sugar highs.”) In the last three years, though we didn’t make the beach, we have kept the tradition of the ice cream breakfast.

Most of us want to be remembered after we die. It’s one reason writers write books and artists put paint on canvas. It’s one reason men and women seek fame and fortune. It’s why we put up tombstones in cemeteries.

With the exception of our family and friends, most of us will be forgotten after the blood thickens and the breath stops. Their memories too, will fade. My mother and my wife passed away before any of these grandchildren were born, and so they know these two fine women only through the stories my children and I tell them. Those anecdotes too will disappear, lasting for maybe a generation or two before time extinguishes the candle.

But here’s what I’m hoping. I’m hoping that in another hundred years or so a crowd of kids brown from days on the beach will gather in the dining room of their rental house, line up youngest to oldest, pick up a bowl and a spoon, and make themselves an enormous ice cream sundae. And when their parents tell them the legend of the old guy who initiated the ice cream breakfast, I’m hoping they’ll let out a roar that can be heard in the next county.

Jeff Minick has four children and a growing platoon of grandchildren. For 20 years, he taught history, literature, and Latin to seminars of homeschooling students in Asheville, North Carolina. Today he lives and writes in Front Royal, Virginia. See JeffMinick.com to follow his blog.