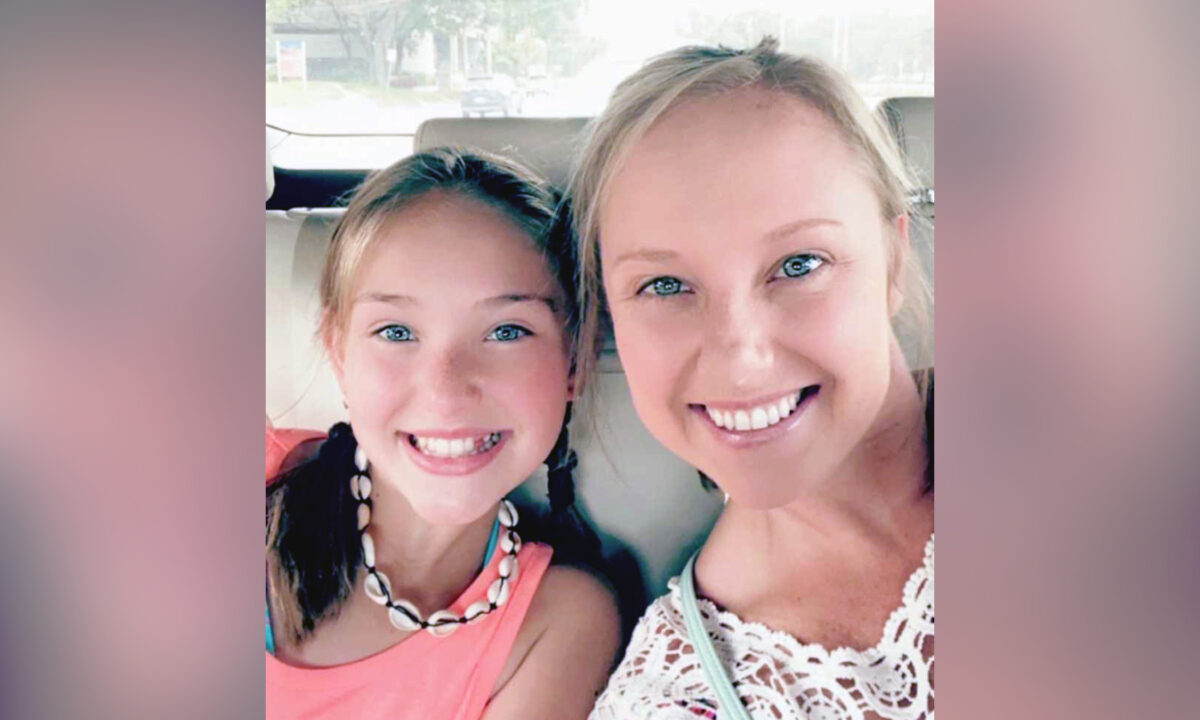 ‘I Made a Teacher Cry Today’: Mom Shares Daughter’s Kind Act Toward Boy Who Fell in Class

The mother of a kind seventh grader, who helped a fellow student with Tourette’s syndrome when he fell over in class, has shared the sweet story that made her weep with pride.

Kristin, 39, told The Epoch Times that she and her kids play a game called “highs and lows” on their way home from school to share the best and worst parts of their days. Karington, then aged 12 and in the seventh grade, shared a very special anecdote.

When her turn began with, “Mommy, I made a teacher cry today,” Kristin braced herself. But as her daughter continued, the concern melted away.

Karington told her mom that there’s a boy in her art class with Tourette’s syndrome, and everyone often laughs at him. That day, he fell to the ground, and students once again began making fun of the child. So the thoughtful Karington confidently walked up to that boy and laid down with him. Seeing that, her classmates stopped laughing.

It turned out that the boy’s mother was a substitute teacher in the school, who happened to walk by the art class and saw everything. Karington said that the teacher was in tears and walked into the class and thanked her with “the tightest hug ever.”

Kristin was moved to tears by her daughter’s story. “My voice was replaced by a lump in my throat,” she said, claiming she couldn’t find the words to tell her daughter how proud she was. But when Karington saw her mother’s tears flowing, she understood.

Nothing would have made her prouder, said Kristin; not honor roll, not talent, not athleticism, nor anything else considered “extraordinary.” To her and her family, standing up for what is right and showing empathy is more important than anything.

“I have always instilled kindness in my children, as well as thinking of others before yourself. I teach my children to do the right thing at all times and to show good character,” Kristin said.

She described Karington as a “very energetic and bubbly person” who is praised by her teachers for going above and beyond to brighten their days. Karington loves to hang out with her friends, play volleyball, swim in the family pool, and play with her siblings, but has always thought of others before herself.

“If she won a prize, she gave it away; if she earned money, she spent it on others,” said Kristin.

Karington is now 13 and studying in the eighth grade. Her mom’s advice to other parents is to make time to speak to kids about being different.

“Speak to them about autism, Tourette’s, disabilities, racism,” Kristin implored. “Share the story of when you were bullied in third grade and how it made you feel.”

Having taught first grade for 16 years, Kristin knows firsthand that compassion and empathy are not learned behaviors; they need to be “explicitly modeled and taught.”