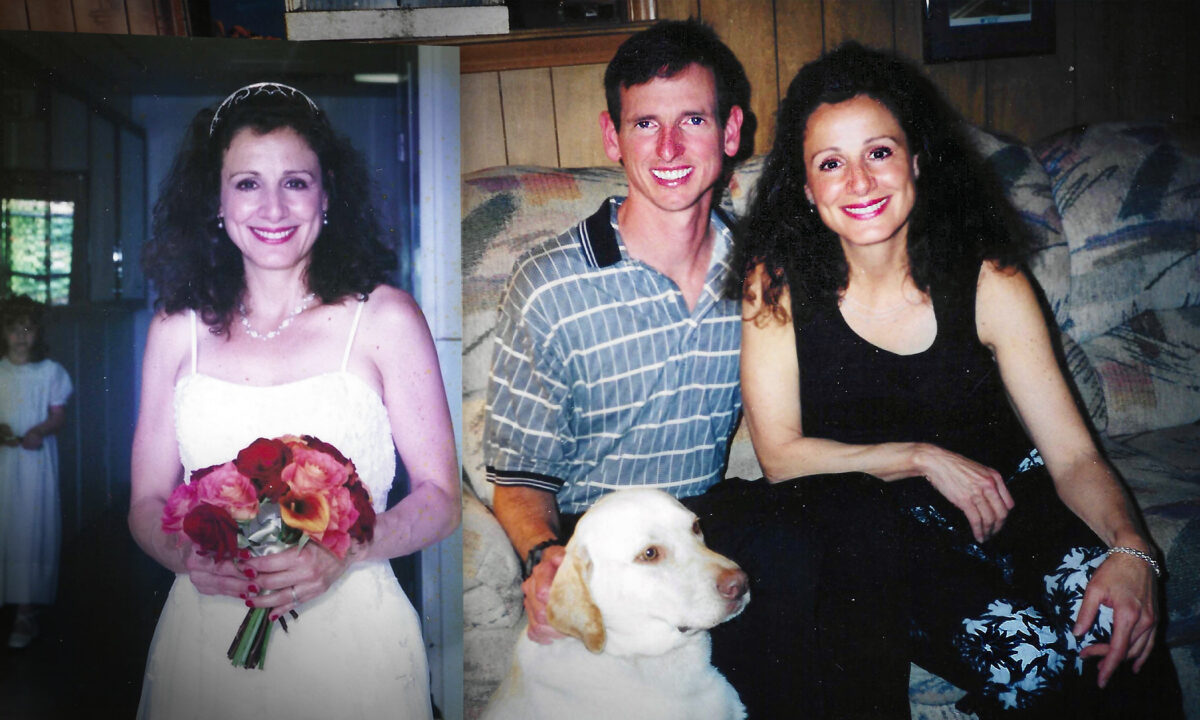 ‘I Had to Become Feminine’: Businesswoman, 42 and Single, Breaks Down, Ditches Feminism to Find Husband

Lisa Stingley was supposed to be happy.

An accomplished career woman with a headhunting firm in Washington, she was like a superstar in some people’s books. There’s “a glamor” to women working outside the home, she says. Yet weirdly the feminist values Stingley once venerated—for garnering success, a genuine sense of accomplishment—suddenly rang hollow.

Then 42—not a man in sight—Stingley panicked, had a breakdown, and decided she wanted marriage. “You go home to an empty apartment,” she told The Epoch Times. “I used to have breakdowns when something would break in my home, I would get so resentful. A man should be fixing this!” But the type she was praying for was scarce in the “hyper careerist environment” of D.C. Her breakdown was an exit sign.

A total transformation of her careerist views followed, delivering her from the “feminist wilderness” she was mired in. It took humility and digging deep, but she rebuilt herself and all she thought she knew of womanhood. It was worth it, she says. Certain things are ingrained; the sooner you embrace them the better. The year was 2002 when her embracing began.

A Race for a Husband

Stingley’s off-ramp led to Texas, where she moved in with her sister and brother-in-law in Irving. A resignment trailed her: that she would pick from a pool of “broken people,” but that never happened. Maybe things weren’t so dire after all. “My sister and her husband were scheming about finding me a husband, and normally that would have humiliated me,” she said. “But I’m like, ‘Scheme away!’”

Stingley was very ready—or so she thought.

Within two months, in August, her sister and brother-in-law, avid runners, hooked Stingley up with a runner fella at Fort Worth’s annual Runners’ Club Labor Day Race. Richard, an aerospace engineer, wasn’t broken; they hit it off, and in December they were hitched, though their happily ever after wouldn’t happen overnight.

That old job of Stingley’s—like some perverse testosterone treatment—had made her masculine, she says. That dynamism, so intoxicating in the corporate world, now affronted both her husband and a harmonious marriage.

“I was loud, I was boisterous. I gave off, I call it, ‘repellent,’ ‘male repellent,’” she said. “I was so controlling. … I think the culture encourages men to be controlled and to be submissive, which I did not want. So, I was determined not to do that. But that took years.

“I had to become more feminine.”

Her chronically scrutinizing Richard didn’t jive well—despite his own feminist leanings. There was room for just one tiger on this mountain, yet she caught herself in time: The feminist teaches to keep men “wrapped around your finger;” she rejected that. Honestly, women are “repelled by male weakness,” she admitted. “But they can’t stop destroying their own nest.”

Turning her gaze inward, she fixed herself first. As she changed, he changed. And peace followed.

Stingley cultivated femininity purposefully. She stopped “despising girly things” like making dinners, but humbly embraced nurturing home ambience. “Put on the dress, put on the earrings, shave your armpits, do your hair, and love it,” she said, adding: “Be chaste.”

If “being chaste” seems out of touch today, Stingley, a devout Christian, knows why. TV and the media, besides spewing feminism, tear women down by glamorizing promiscuity. Unmarried women’s acting like wives—“doing laundry, having sex, making meals”—defeats what men were created for, Stingley says, which is “to honor you, to sacrifice for you.”

Elevating one’s self lifts others around you—including men, bringing them “up to what they were supposed to be,” she added. “The men you want to marry, they will love that. And it gets that ring on your finger in record time.”

How the media portrays relations seems slanted, most conspicuously, toward dismantling marriage. Those shown having affairs are “tremendously happy,” Stingley observed. The homosexual component couples? “Very happy.” The married couple? “Hating each other.”

Men, too, are harmed by the scourge of feminism. When women become like men, men say sayonara.

“They just leave society, they just don’t marry, they play video games,” Stingley said. “When they feel ostracized from society, by women, put down—it’s open season on men—they check out and there’s no one to marry. But women can recapture it … they’ll easily come alive again.”

For eons, women have embraced having both babies and husbands, she adds. Traditional mothers were the backbone of nations. Men sacrificed. “We’ve lost sight of that,” said Stingley. “We are so independent, we dare not be dependent on another human being. And I think it hurts. It’s an attitude that is risk-free.”

Throughout the years, she’s connected with likeminded, marriage-seeking women via website Feminist Fallacy, Girls’ Night Out support group, and the Christian singles’ outreach she founded for her lonely friends in D.C. She’s helped women contend with the pervasive, but easily dispersed, notion: “It’s easier to get struck by lightning, than for a woman over 40 to get married.”

Today, Stingley continues to cultivate the traditional, feminine traits she so espouses.

What words has she for young belles still budding in their 20s, their whole lives ahead, full of potential?

“I do not want them to go through what I went through, what my friends have gone through,” Stingley said. “Marriage is risky. … But don’t tell me it’s not worth it. You can get fired from a job, that’s a risk. But what is more devastating? What is more worth the risk?”

In short: sidestep the abyss, and the feminist lies she fell for. Do embrace tradition, which has preserved societies for eons. Get an education? Yes, it’s important, Stingley says. A career? Sure, working a little before marriage can lead to greater appreciation for what it offers.

Family is the “essence of life,” she added. “You won’t have to panic when Christmas comes along and you have nowhere to go. … Just do it. Don’t just marry anybody, but you have options. And don’t be afraid to be traditional.”