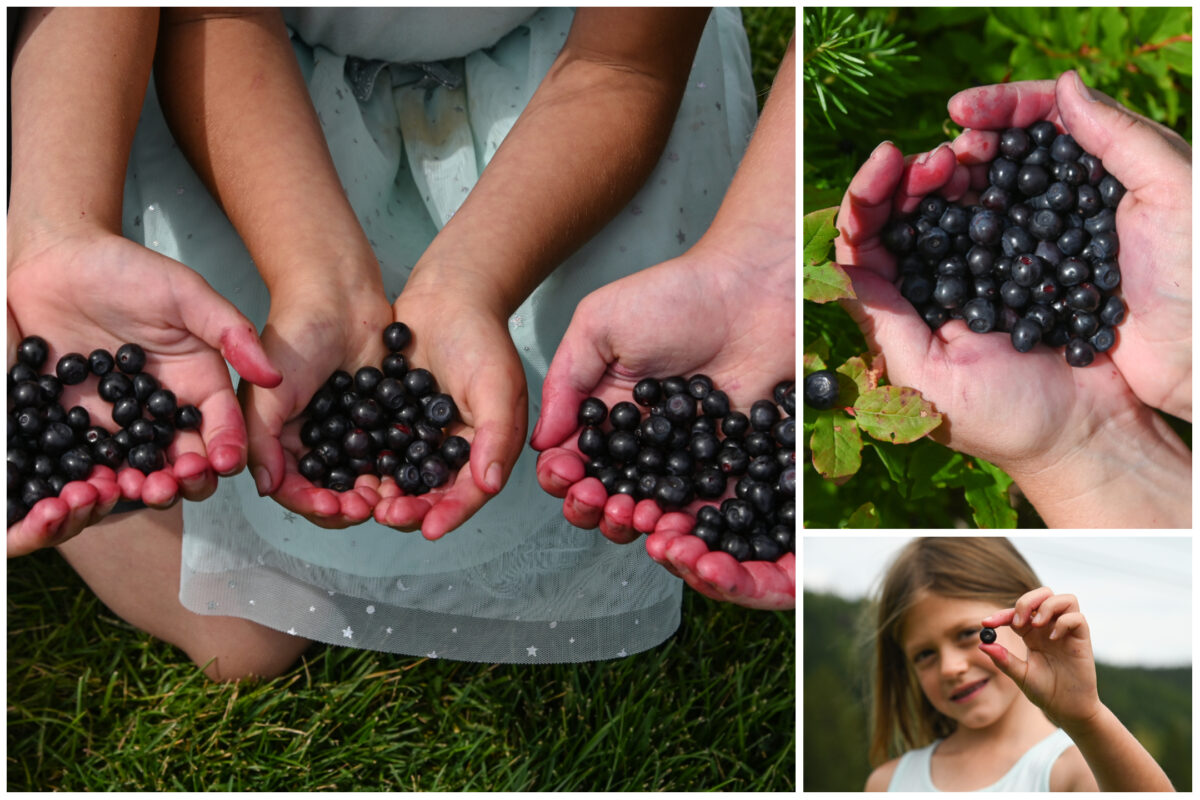 The tiny, dark-blue berry is beloved throughout its home region. (Courtesy of Schweitzer Mountain Resort)
Food

Huckleberry Everything: It’s the Season for the Beloved, Stubbornly Wild Berry of the Mountain West

One of American cinema’s most famous lines is probably better known than the unassuming little mountain fruit it rests upon. Val Kilmer’s declaration in “Tombstone”—which his character Doc Holliday apparently did indeed say to Johnny Ringo at the OK Corral in October 1881—yields 4.2 million results in a Google search.

Nonetheless, growing up in Southern California, Dani Demmons had no clue about the actual berry.

Though Angelenos may have no idea, to the residents of four Western states, the huckleberry is an almost semi-sacred facet of life in their lands, a fact that Demmons learned when she went to college in Montana, and then wound up working at Schweitzer Mountain Resort near Sandpoint, Idaho. Now, she’s a huckleberry zealot—like thousands of her fellow residents of Montana, Idaho, Oregon, and Washington, the huckleberry heartland.

Venturing deep into the mid-elevation woodlands of northern Idaho’s Selkirk Mountains, Demmons gathers up a gallon or so of the berries and stashes them in the freezer each summer. Her husband uses them to make a marinade for elk steak, her kids like to snack on them, and she herself plops several into margaritas.

But please don’t ask exactly where her favorite picking spot is. “I’ll point you in the general direction, but…”

What’s so great about this tiny, dark-blue berry found in mountain fastnesses in the Northwest? It cannot be commercially grown. It’s fairly small and requires a lot of picking to get a bunch. It defies the over-sugared modern American palate with a flavor as keen and sharp as tamarind.

“Well, it tastes way better than a blueberry,” declared Allison Hatzenbuhler of the Donnelly, Idaho Chamber of Commerce. “It’s not as sweet as a blackberry. It’s utterly organic and natural and has never been sprayed with anything but rain. The mystique is huge, huckleberries being available only to foragers in the wild.

Awesome enough that each year, in early August, Donnelly turns into the huckleberry capital of the world. This year, the annual Huckleberry Festival runs Aug. 12–14, and while organizers are not sure how many celebrants will come, the last regular festival in 2019 drew up to 10,000 people to the little lakeside town (population 153) an hour north of Boise.

While I’ve picked huckleberries casually over the years on my own jaunts into the high country, and at the risk of alienating partisans on both sides, I’d liken them most closely to the Maine “wild blueberries” that are as equally beloved Down East as huckleberries are in the Northwest. Both have deeper flavor and color than agricultural blueberries, though unlike the Maine “wild” berries, huckleberries have defied many attempts at sufficient domestication for agricultural production.

“Apparently, they have specific pollinator and mycorrhizal relationships that don’t like coming out of the mountains,” explained Zach Miller, an associate professor at Montana State University in Bozeman.

Some university researchers have lately been trying clones, with middling results.

In the West, huckleberries are available for sale only by commercial harvesters who prowl their own favored corners of the forest, mostly on state and local parklands. One industry organization estimates the annual commercial forage harvest at 3 million pounds worth $50 million, and the same inflationary pressures that have affected virtually all foods are coming to bear on these somewhat scarce fruits, including a shortage of people willing to spend long days in the wilderness picking. A gallon of huckleberries that may have sold for $15 five years ago could soar over $50 this summer, according to Hatzenbuhler.

But while the huckleberry may not have been domesticated, its many derivative products certainly have.

“We tested a number of flavors with our students, and huckleberry was by far the favorite,” said Julie Kipfer, chief marketing officer at MSU. “It ties well to our Montana heritage, too.”

Working with local beverage company Harrington Bottling, MSU’s Gold Rush Huckleberry Lemonade is available throughout the Bozeman region and in Yellowstone National Park. Sales in the first half of 2022 totaled about 15,000 20-ounce bottles and almost 3,000 gallons of fountain syrup, a 140 percent increase over last year.

And there are T-shirts, of course.

“I’ll Be Your Huckleberry,” say the ones printed up each year for the annual Donnelly festival. They’re purple, that being the huckleberry theme color, epitomized by the old truck a local figure painted entirely purple for its annual appearance in the parade. (Actually, the berries are darker than the T-shirts by far, almost indigo; the juice is a rich vermilion against which blueberry juice pales.)

Aside from Donnelly’s festival, you can find huckleberry everything at fairs in North Powder, Oregon, July 30–31; Trout Creek, Montana, Aug. 13–14; and Bingen, Washington, Sept. 9–11.

What you cannot do is expect a local to tell you exactly where their personal private picking patch is.

“We had a TV crew come out here a few years ago to do a feature on huckleberries,” Donnelly’s Hatzenbuhler recalled. “So, we drove them out to our favorite place. Blindfolded, of course.

“Everything went well. The TV people loved it. And our spot is still classified information.”