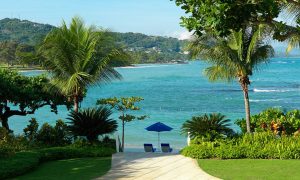 Jamaica: Why 'Ya Mon' Brings You Back for More
0
Share Now
FacebookTweetParlerEmail
Copy Link 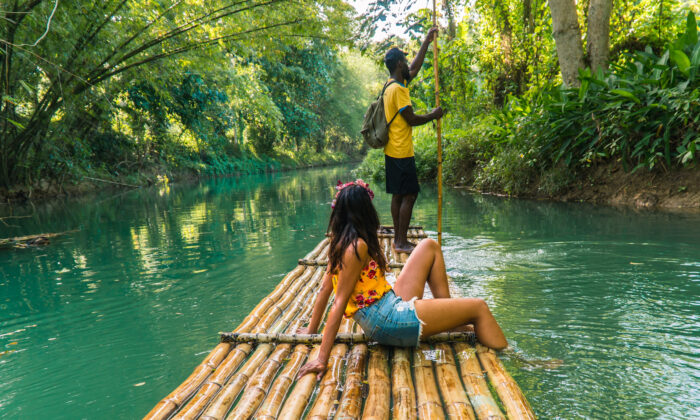 I think of it as Huck Finn meets the Caribbean. Few other activities are as soothing as floating down a lazy river, and the lush landscape of Jamaica provides the ideal setting for a day trip on a raft. Various rivers curl down from the island’s mountains to the sea, passing through rich foliage burgeoning with exotic flowers and fruit trees.

This is not the adrenaline rush of whitewater rafting; these rivers are gentle and, in some places, quite shallow. Guides navigate rafts with long bamboo poles and provide the passenger with a colorful narrative for a colorful journey. It amounts to a mini-course in Jamaican flora and fauna with smatterings of history and what life is like far from the all-inclusive resorts along the coast. It is also one of the island’s most popular excursions.

River rafting dates back more than 150 years, but originally, it was anything but leisurely. In the 1870s, plantation workers used rafts to haul loads of bananas down the Rio Grande on the east coast to ships awaiting in Port Antonio. If you doubt the stability of these simple constructions, be aware that they once balanced upwards of 600 pounds of bananas across their narrow decks.

But in the early 20th century, tourism came to the island, drawn by the idyllic beaches and the Eden-like natural beauty of the interior. Hollywood heartthrob Errol Flynn fell in love with Jamaica and—perhaps seeking to model his off-screen life after the swashbuckling adventures of his films—discovered the adventure of rafting down the Rio Grande. He determined to share the experience with his friends, and in the 1940s and ’50s, he hosted groups on his various island properties and set off for the river to have raft races.

The bananas no longer ride the currents, but the tourists certainly do. Today travelers can follow the same path as Flynn or venture down the Martha Brae, another popular river 45 minutes east of Montego Bay near Falmouth. Some tours are as long as three hours and include lunch or beverages. Others last 45 minutes, a good option for cruise passengers who want to save some time for shopping or other activities. As I was staying in Montego Bay, I chose the Great River just west of town.

Apropos for a place to forget your troubles and relax, the river is also known as Lethe, the river of forgetting in Dante’s “Divine Comedy”—though the touch of the Jamaican tongue makes it sound like “lee-tee.” My raft captain, Kenton, a wiry, soft-spoken young man, lived in a small community not far from the put-in point. He and 35 other guides followed a rotation, and daily they’d show up at the riverside tour office to wait their turns for work.

Kenton, like all the guides, had built his own raft. They are constructed of one of the most abundant local materials: bamboo.

“Bamboo is the fastest growing plant in Jamaica,” Kenton told me. “It grows as much as three inches per day.” I could see that even the bamboo of my raft was undaunted, sprouting green shoots along the edges. Ten 30-foot logs were bound together quite simply but stably, and a cushioned seat was fastened atop a small platform that rose just a bit higher than the deck, so that a traveler’s shoes would never be in danger of getting soaked. Decorated with wildflowers, these rustic jungle thrones seat one or two people.

The rafts tangled together at the dock like a bad pile-up on the bamboo highway, but some deft maneuvering by two other guides freed Kenton’s. I stepped easily from the end of the dock, took my seat, and leaned back for the ride.

We passed beneath an 1828 stone bridge, the largest of its kind on the island. Even Hurricane Ivan, which had filled the 20-foot gap above me with floodwaters back in 2004, wasn’t able to budge the structure, nor was a 1979 flood that went over the top of it. Probably best to check the forecast before getting on the river in hurricane season, I thought.

Something along the shore attracted Kenton’s attention and he slowed the raft, pushing us closer to the muddy bank. He hopped off with a wooden stake attached to the deck by a thin rope. He slipped the stake into the mud and disappeared into the thick papyrus reeds. I watched with a touch of apprehension as the entire raft rotated around that stake with the current so that I was turned backward down the river. The rope pulled taut but held. Kenton returned a few seconds later, pulled up the stake, and we were off again drifting through paradise.

He offered me a small round fruit. “Rose apple.” He bit into one and nodded to me to do the same. Slightly less sweet than a regular apple but a similar texture. “But don’t eat the seed.”

I looked up from where my teeth had exposed a pit the size of a marble. “Why not?”

“You’ll get a tree growing up out of your mouth!” His teeth flashed white as he leaned back and laughed. Though his job seemed laid back and easy, the captain is responsible for getting his raft back up the river, and this is the unseen challenge. He either pays someone or does it himself, so don’t forget that when determining your guide’s tip.

Birdsong, beautiful and exotic, mingled with the gurgling of the waters. Egrets and various herons watched idly from the shallows before returning to their search for crawfish and insects as we drifted past. Massive bunches of bamboo, no doubt the rafts of the future, rose up and bent outward like bouquets, their slender leaves giving an air-brushed quality to the landscape.

In all directions, I saw fruit, flowers, and a glowing green that soothed the mind. Mangos were plentiful, pumpkin flowers and morning glories dappled the banks, and the occasional cocoa or breadfruit tree prompted a mini-lecture from my guide.

Sunshine isn’t a must. I showed up on a cloudy day, and even a light rain blessed me before the journey. Rafting excursions offer quite a contrast to the lively social activities in the towns and resorts as tour operators do their best to spread out rafters and keep the experience personal and private. Only once did I see another soul on the river: a vendor perched atop a cooler on his own bamboo raft parked along the bank, reading a magazine. He looked up and smiled as we approached, and offered me the only thing that had been missing: “Red Stripe beer?”

Kevin Revolinski is an avid traveler and the author of 15 books, including “The Yogurt Man Cometh: Tales of an American Teacher in Turkey,” and several outdoor and brewery guidebooks. He is based in Madison, Wis., and his website is TheMadTraveler.com.