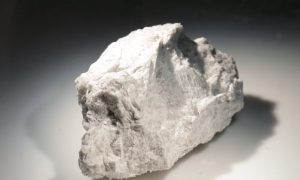 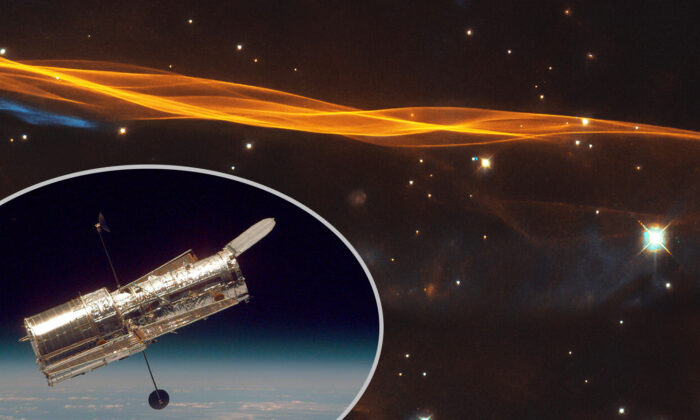 NASA’s Hubble Space Telescope has captured the breathtaking spectacle of “veil-like” ribbons ripping through space at incredible speeds—the wake of a supernova blast that would have been visible to humans on Earth some 15,000 years ago.

The spectacular blast wave, known as the Cygnus Loop, emanated from a massive dying star, and it continues to hurl through space to this day.

Hubble’s extraordinary technology has captured images of the loop in great detail from an estimated 2,400 light-years away.

The dying star, according to the European Space Agency (ESA), was likely around 20 times the mass of our sun. Its blast wave, having expanded as much as 60 light years from its center, is still proliferating at speeds of around 220 miles (350 km) per second through space.

The name “Cygnus Loop” was given to the spacial phenomenon because of its position within the constellation Cygnus (the swan) from the vantage point of Earth. What we see through Hubble is the outer edge of the supernova’s wake.

It is visible to the human eye because supernova matter is propelled through low-density interstellar matter at the outer edges of the blast wave, heating and compressing dust and gas into a “veil-like” structure.

Size helps. The entire blast wave of the Cygnus Loop spans an area of the sky 36 times larger than a full moon, according to NASA.

After the latest image was released by NASA in August, science writer Corey Powell posted it on Twitter, captioned: “15,000 years ago, people saw a brilliant supernova light up in the constellation Cygnus. This was before written language, but the universe kept a beautiful record of the blast.”

The Hubble Space Telescope captured its first images of the Cygnus Loop in 1991, one year after the telescope was first launched. An initial problem with the telescope’s primary mirror caused the images to be somewhat blurry at the time. But as it was designed for ongoing in-orbit maintenance, astronauts have made multiple visits to the telescope to replace and upgrade its hardware.

Today, the stunning golden ribbons of the Cygnus Loop appear clearer than ever before.