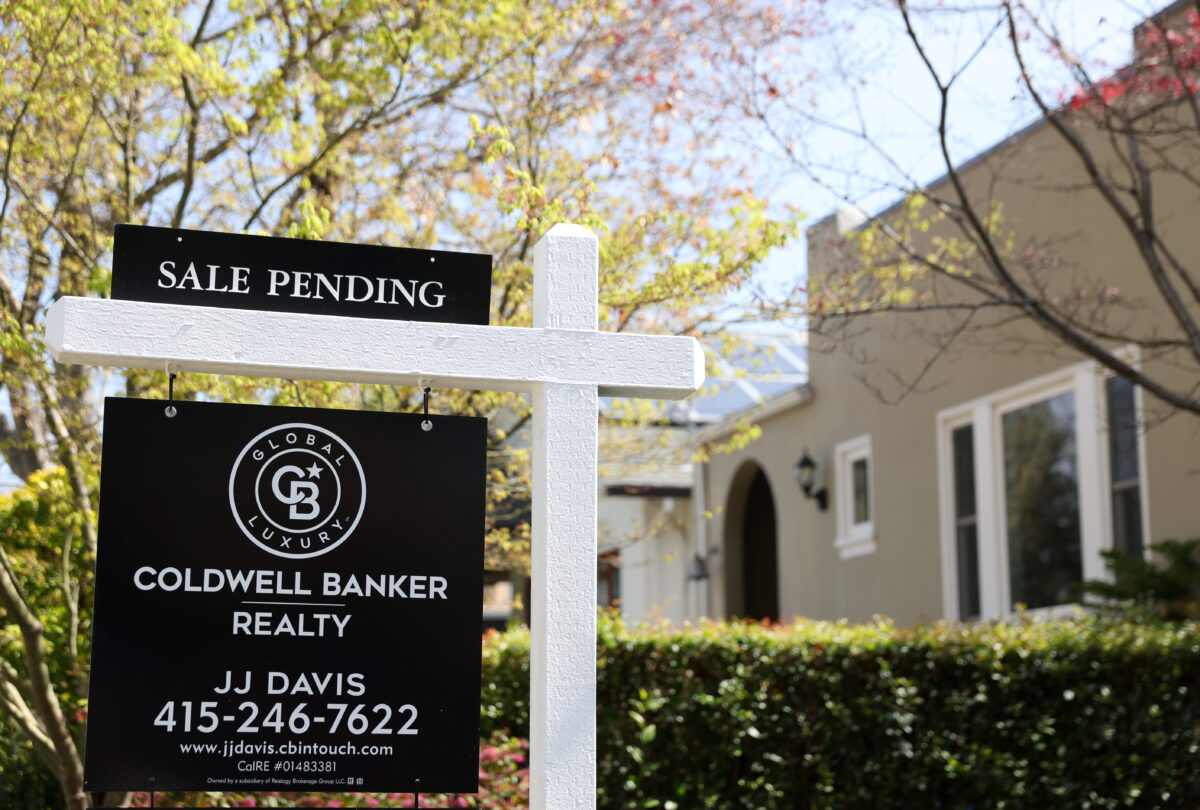 A sale pending sign is posted in front of a home for sale in San Anselmo, Calif., on March 18, 2022. (Justin Sullivan/Getty Images)
Real Estate

How Will the Sharpest Rise in Mortgage Rates in 3 Decades Affect Home Prices?

By Jeff Ostrowski
From Bankrate.com

Mortgage rates are climbing fast. The national average rate on a 30-year mortgage rose to 5.91 percent this week, surging from just 2.87 percent in August 2021, according to Bankrate’s national survey of lenders.

Some mortgage watchers say the 2022 run-up in mortgage rates could be even more dramatic than in 1994.

“The Federal Reserve is looking back to that playbook from 1994, which was to raise rates hard and fast,” says Curtis Wood, founder and CEO of Bee, a mortgage app. ”I think at the end of this year, we could easily see mortgage rates around the 7 percent mark.”

Greg McBride, Bankrate’s chief financial analyst, doesn’t expect rates to climb that significantly, but he says the path of mortgage rates will be determined by how successfully the Fed reins in rising prices.

In both 1994 and 2022, the Fed moved aggressively to slow economic growth, and mortgage rates were a casualty of the central bank’s war on inflation. With a potential housing bubble on many minds, it’s worth looking back at how the 1994 spike in mortgage rates affected the real estate market—and what, if anything, that history means for home prices today.

Why Mortgage Rates Jumped in 1994

As the economy heated up, the Fed moved swiftly to raise rates. At the start of 1994, the federal funds rate stood at 3 percent. By the end of the year, it was 6 percent.

In that era, Fed rate hikes caught the markets by surprise. The Internet was in its infancy, and the Federal Open Market Committee (FOMC) was less transparent in telegraphing its future moves.

“At that time, the Committee did not communicate actively with the public as it does today and its communication tools were very limited,” Fed researchers wrote in a 2015 analysis. “For example, statements were not issued following FOMC meetings, changes in the federal funds rate target were not announced, and the minutes and directive for each FOMC meeting were not released until two days after the subsequent meeting.”

Investors were blindsided, leading to a spate of market volatility in 1994. The bond market cratered, and the fallout included the bankruptcy of California’s Orange County, then the largest U.S. municipality to declare insolvency.

Mortgage rates retreated a bit in 1995, falling as low as 6.95 percent by early 1996, according to Bankrate’s survey. Rates bounced around between 6 percent and 9 percent through the rest of the 1990s. It’s unclear if that path foretells anything about the near future of mortgage rates, but the record-low rates of 2021 set the stage for a more pronounced run-up.

While today’s economic conditions are different, there are some echoes of 1994. The U.S. economy is recovering from a recession and the Fed aims to tame inflation by raising rates repeatedly.

How Did the 1994 Rate Spike Affect Home Prices?

The Case-Shiller Home Price Index shows a similar trend: Home prices kept rising at a pace of 2 percent to 3 percent through 1994, then slowed to 1.7 percent in the summer of 1995.

That price pattern is similar to other periods of rising rates. Housing economists say home values tend to hold because sellers are reluctant to cut their prices and simply decide not to sell.

Rising mortgage rates did appear to have a more significant impact on sales volumes. Existing-home sales rose from 3.7 million in 1993 to 3.9 million in 1994, then retreated to 3.8 million in 1995 as consumers adjusted to the new rate reality. By 1996, home sales had climbed well past 4 million, according to Realtors data—even as rates climbed as high as 8.29 percent.

How Will the 2022 Rate Surge Affect Home Prices?

Today’s homebuyers are dealing with an intense shortage of homes for sale. Driven by that imbalance, home prices soared a record 20 percent from February 2021 to February 2022, according to real estate data firm CoreLogic. Homeowners are sitting atop record levels of equity, which makes a foreclosure crisis highly unlikely.

While rising mortgage rates might rein in prices, a population bulge of millennials in their 30s and early 40s is driving demand for homes.

Ralph McLaughlin, a chief economist at real estate technology firm Kukun, says 1994 is so far in the rear-view mirror that it might not prove relevant to today’s housing market. He looks instead at 2018, which saw a brief surge in mortgage rates.

“Mortgage rates approached 5 percent like they are today, and within a matter of months, year-over-year price growth was cut in half to around 4 percent,” McLaughlin says of 2018. “I would think that given our crazy low inventory, this would translate into year-over-year growth of around 7 percent to 10 percent in the coming months.”