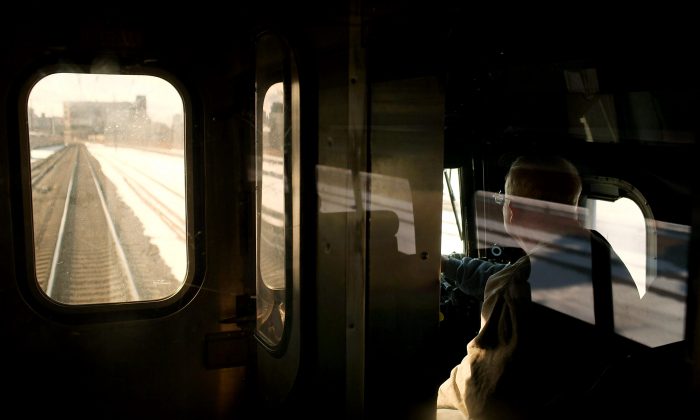 A conductor drives an Amtrak train on Feb. 8, 2011, outside of Newark, New Jersey. Amtrak, a government-owned corporation, has joined up with New Jersey's two U.S. senators to propose a new rail link to New York City under the Hudson River. The 'Gateway Project' would include two tunnels under the Hudson River and increase the train traffic under the river from 62 trains per day to 92. This plan is looked at as an alternative after N.J. Governor Chris Christie killed another rail link plan in 2010 after he deemed it too costly to New Jersey residents. (Spencer Platt/Getty Images)
The Reader's Turn

How Will the Proposed $20B New Hudson Tunnel Be Financed?

Regarding the creation of the Gateway Development Corporation, just how will they manage to finance the proposed $20 billion new Hudson Tunnel?

The original New Jersey Transit Access to the Region’s Core (ARC) tunnel began construction in 2009 at $8.7 billion with a completion date of 2018. In 2010, Governor Christie canceled the project when the estimated cost grew to $11 billion. He did not want to risk being responsible for potentially billions in cost overruns above and beyond any Full Funding Grant Agreement with the Federal Department of Transportation.

Amtrak announced “the son” of ARC in 2011 known as the Gateway Project. It would cost $14 billion and take 14 years to build. In 2015, the estimated cost grew to $20 billion with a revenue service date of 2030 based upon initiation of environmental work, along with preliminary design and engineering. It is anyone’s guess in the end how many billions above this initial estimate the final cost will be. Same goes for the actual revenue service date.

Cuomo has to pay back a federal loan which financed the majority of $3.9 billion cost for replacing the Tappan Zee Bridge. He needs several hundred million more on top of the $400 million for a new light rail system from NYC LaGuardia Airport to the Queens No. 7 Willet’s Point Subway Station. Plus there is $8.3 billion for shortfalls in the Metropolitan Transportation Authority (MTA) proposed $28 billion 2015–2019 Five-Year Capital Plan.

Renewal of the Expired US Highway Trust Fund Benefits All

Isn’t It Time Washington Lived Within Its Means Just Like You and Me?

Now $5 billion more toward Gateway? Combined, all of the above would run Cuomo’s tab of unfunded transportation improvements to $16 billion!

Washington, New York, and New Jersey all lack courage to increase their respective gasoline tax. This is necessary to grow revenues available to support transportation. All three remind me of the cartoon character Wimpy who famously said, “I’ll gladly pay you Tuesday for a hamburger today.” When the bills become due, taxpayers will end up picking up the tab.