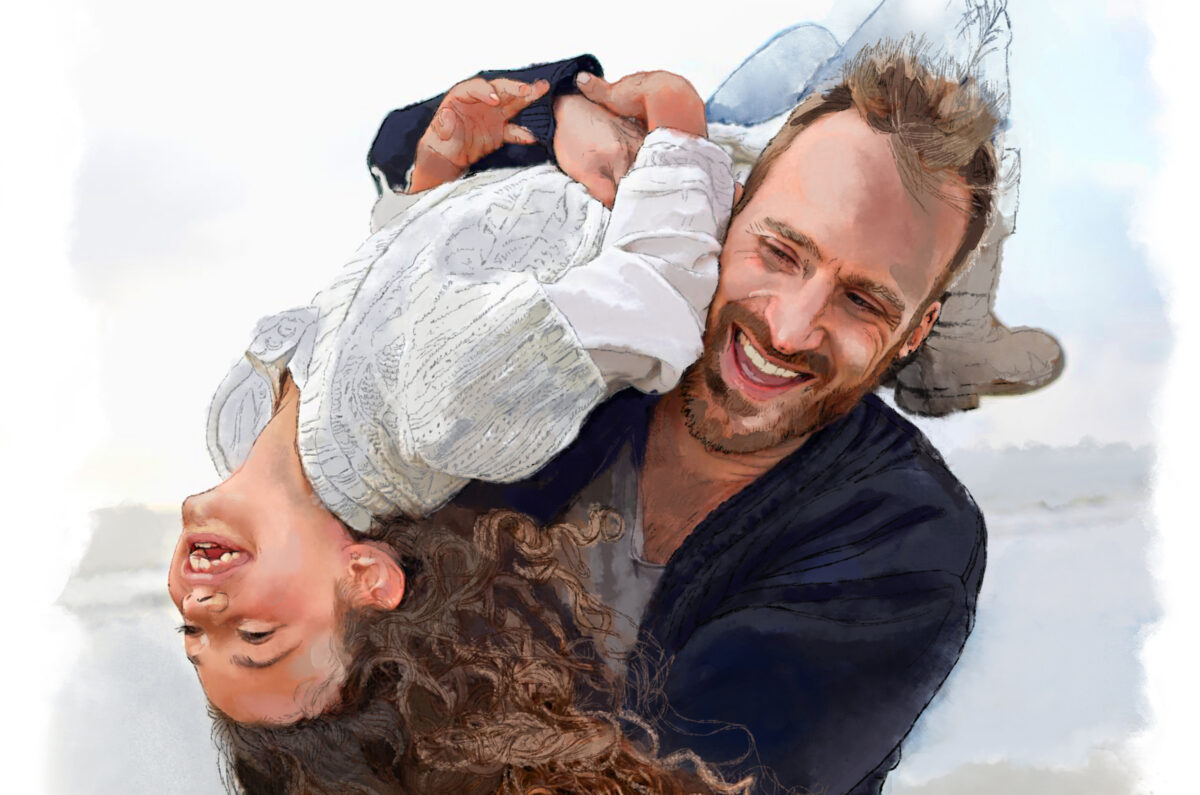 How to Raise Kids Who Don’t Have ‘Daddy Issues’

You’ve probably heard the phrase before. Usually said with a roll of the eyes or a heavy sigh, the phrase “daddy issues” signals that an adult—often a female but sometimes a male—has trouble forming solid relationships. This problem is attributable to the fact that a person didn’t have a great relationship with his or her father as a child.

Given the rate of broken homes and children being raised by single parents in recent decades, things are ripe for a large portion of the population to have daddy issues. In fact, daddy issues may be a reason why we see so much anger, anxiety, loneliness, and even a decline in marriage and childbirth rates in our nation.

So how can today’s young men ensure that they don’t raise children with daddy issues, or how can today’s young women ensure that they’re marrying a man who won’t give their children daddy issues? In other words, how do we make sure the next generation is raised by good fathers? Drawing on my own childhood as someone who was blessed to be raised by a good father, I have a few ideas that any man can implement to become a good dad.

The times I most remember playing with my father happened once a month when Mom left for a regularly scheduled monthly event. Inspired by “Little House on the Prairie” books, we played “Mad Dog,” with Dad racing around on his hands and knees, growling and chasing my sister and me while we ran around the dining room table screaming. We pulled out the Lincoln Logs and blocks together, building houses for our little Fisher-Price people. We sat on Dad’s shoulders as he raced around the house, giving us the thrill of ducking to narrowly miss doorframes.

Such roughhousing would be frowned upon in today’s bubble-wrapped culture. Yet fathers who engage in such behavior with their children not only create fond memories, but they also provide a needed sensory experience, aiding a child’s muscle sense and other balance-related issues. Such play can also have neurological-related benefits, releasing valuable hormones such as oxytocin and dopamine.

Children get into enough mischief or naughtiness to easily provoke any father. Yet resisting the urge to give in to such anger and display it in front of his children should be a high priority for dads. The patient kindness of my own father made me far less afraid to approach him with problems or difficulties, and the father who can maintain such open communication is far less likely to raise children with the daddy issues that cause heartache to the child and society at large.

Read to Them and Tell Them Stories

Dad read a range of books to us, including advanced novels such as “Anne of Green Gables” and George MacDonald’s “The Princess and Curdie” and easy readers such as the (now non-politically correct) “Dan Frontier” series. But he didn’t stop with that; he also made spinoffs—spoofing Dan Frontier books with characters from our neighborhood—and created his own stories (“Maddy’s Island” was a long-running serial spun from his mind).

Not every father is going to be a storyteller like mine was, but pretty much any father can read. And reading out loud to children helps them with vocabulary, comprehension, and increased interest in reading, thus building a foundation for future success in school. Reading out loud is also linked to a decrease in behavioral issues such as aggression or hyperactivity.

This is probably some of the oldest advice in the book, but that’s probably because it’s true. If children see that their father loves, protects, cares about, and provides for their mother, then they gain the security needed to freely live and enjoy life, unstifled by the worry of a broken home or abandonment. Such security will follow them into adulthood, enabling them to better enter positive friendships and relationships that mirror the positive one they saw between their father and mother.

Lastly, one of the best ways to be a good father is to know the best father of all, God. Those fathers who know him on a personal level, learning his kind, patient, gracious, and just nature, will then be able to mirror such character to their own children. And the more those children are connected with that heavenly father via their earthly one, the less chance there will be of forming the instability and insecurity in life that so characterizes daddy issues.

Today’s society does a good job of insinuating that fathers are worthless and unnecessary. Nothing could be further from the truth. The more good men there are who step forward to raise their children right, the fewer lost, lonely, and adrift young people with daddy issues we’ll have.