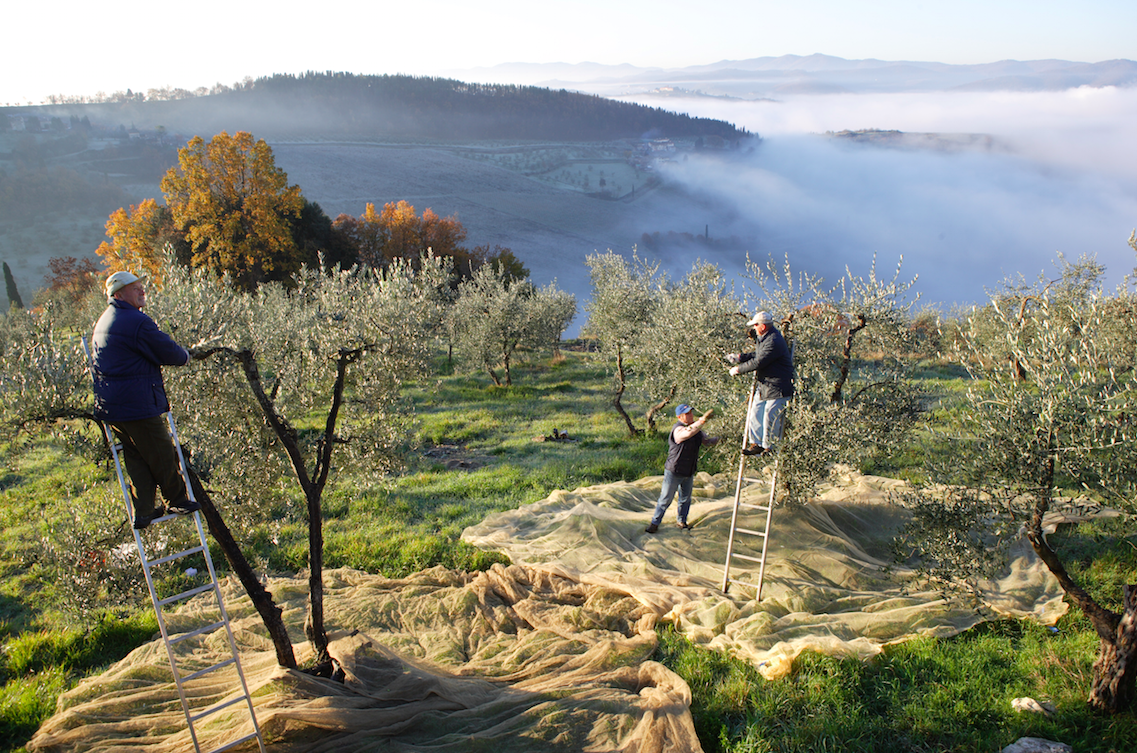 How to Make Superlative Olive Oils: Give Olive Trees a Hard Time

Laudemio olive oils from central Tuscany are a striking, bright green and are ultra-peppery—a sure sign of beneficial polyphenols.

“Laudemio” means the best part of the crop, traditionally given to the landlord, said Diana Frescobaldi, president of the Laudemio Consortium. Formed in 1988, the group numbers 21 producers.

It’s difficult to make excellent olive oil in Tuscany, Frescobaldi said. The region is subject to temperature swings between night and day, but these are key to imparting fragrant aromas. Local varieties are also fickle in their production from year to year.

Rules are strict; among others, pressing cannot take place later than 48 hours after picking, and a blind testing by experts determines if the olive oil samples make the final cut. If they don’t, there’s no bottling for the year.

“From the start, it was meant to be excellent,” Frescobaldi said. “We wanted to make the Ferrari of olive oils.”

Each bottle retails around $39; sold at select stores.