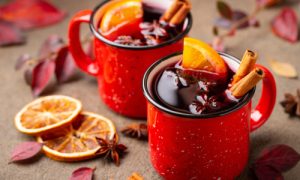 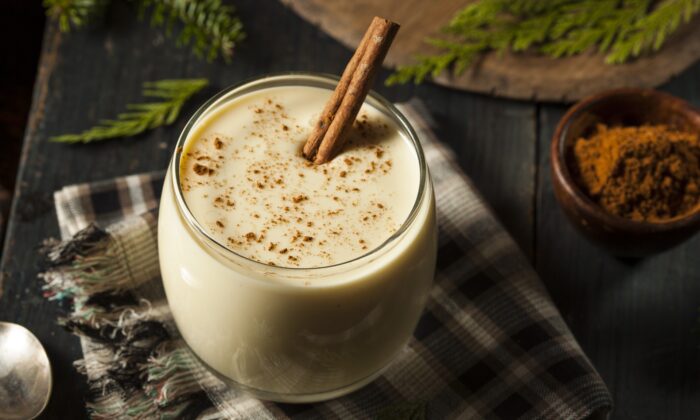 How to Make Eggnog From Scratch

Eggnog season is upon us! To be honest, in some parts of the Midwest I am not sure there actually is a season. While part of the dairy section fills up with various brands from Thanksgiving through New Year’s, I am fairly certain there are at least a couple around as early as October and throughout winter and beyond.

I remember my parents making eggnog from scratch when I was a child. This was back in the 1970s and early ’80s, when we lived life on a frayed high-wire without a net—biking without helmets, playing outside unsupervised, and leaving the house without cellphones. Sam Manella was just that Italian guy who owned the deli.

For each serving, we’d casually whisk up a couple of raw eggs with a couple tablespoons of sugar and a dash each of vanilla and nutmeg, then stir that into a cup of chilled milk, shake it all in a jar until frothy, and serve with a sprinkling of nutmeg on top. It came out thin and mostly refreshing, unlike commercial versions that were heavenly rich and thick. We could have gone fancy and added cream for that effect, I suppose, but we were salt-of-the-earth types who shopped at the Piggly Wiggly and unironically wore ugly sweaters and slacks to church.

Eggnog recipes vary—cinnamon versus nutmeg? cream or no cream? whole eggs or just yolks?—as do the names of the drinks, especially when alcohol is added. Is Canadian Moose Milk—cream, milk, yolks, coffee liqueur, whiskey, rum—or the British Egg Flip—a sugar-sweetened ale and rum cocktail heated with a hot poker with an addition of egg and cream—actually just glorified eggnog?

Eggnog may be the evolution of posset, a heated, spiced, cream-egg-fortified-wine mix that dates back to the Middle Ages in England. Origins of such drinks often become as opaque as the nog itself, especially when the basic ingredients are often kept on hand.

Even the name origin is argued over. “Nog” might come from “noggin”—not your head, but a small drinking vessel. In the New World, where the term “egg nog” seems to have been born, it could have been the combination of “egg” and “grog” (rum), as in “egg ’n’ grog.”

Whatever you call it, a nog by any other name will still add to your holiday weight gain.

To my mind, the eggnog of Lamers Dairy of Appleton, Wisconsin, a family farm founded in 1913 (five generations—so far!), is the best bet at the store, sold in returnable half-gallon glass jugs for those of us who are serious. But making your own is fun, too.

As it turns out, salmonella is not your friend and will not set you up with a recipe for his Nonna’s lasagna. And with raw eggs—even eggs without cracked shells—contamination is a legitimate concern.

Liquoring up your nog won’t help either: The bacteria won’t die, though they may be less inclined to multiply, and they can still make you sick when they’re drunk (in both senses of the word). Buying pasteurized eggs at the store is an easy solution; otherwise, eggs must be heated to 160 degrees F to kill any unwanted inhabitants.

You’ll need to heat your egg mixture delicately, in a way that won’t give you scrambled eggs—enter tempering. If you’ve ever made mulled beer with egg or even hollandaise sauce, you’ve tempered eggs. This process involves slowly mixing an egg mixture with a heated liquid, and then heating it some more, gently, stirring the entire time, until you hit 160 degrees F. Watch it like a hawk, as even a few more degrees is all you need to make this into breakfast.

Mix milk, nutmeg, and vanilla in a saucepan and heat to a simmer. In a large bowl, whisk together the egg yolks and sugar until the mixture looks pale. Very slowly add the heated milk mixture to the egg mixture while whisking it continually. (You might work with a partner here for extra hands.)

Return the resulting mixture back to the saucepan over medium-low heat and keep whisking. Use a thermometer here and take the pot off the heat when the temperature reaches 160 degrees F.

Then stir in the heavy cream (and alcohol, if any) and chill it until you’re ready to serve. Sprinkle with nutmeg.

Note: Rums and whiskeys blend nicely, if you are so inclined. Spiced rum may add more complexity to the flavor, but its sweetness might incline you to cut back on the sugar amount in the base nog.